Take a look at a tourist brochure of Australia’s Hunter Valley and you’ll begin to see some very familiar names – Tyrrell’s, Mount Pleasant, Brokenwood, McGuigan. Some of Australia’s wine elite call the Hunter Valley home base. But take a turn to some of the backroads and you’ll find a landscape dotted with smaller, boutique, winemakers who, whilst not getting in the spotlights as regularly, make wine equally worthy of being discovered.

The Valley isn’t one homogenous blob – rather it is a collection of smaller districts that make up the whole. In this guide, I’ll take you down the roads less travelled in Australia’s Hunter Valley. We’ll venture beyond the main tourist area of Pokolbin to the lesser known areas of Lovedale, Mount View, Broke Fordwich and Muswellbrook. There are lots of exciting wines being made all over Hunter Valley. Let me take you off the beaten path to explore some of the region’s best kept secrets.

This is my 48 hour guide to Australia’s Hunter Valley.

Lovedale was one of the earliest vineyard areas in the Hunter Valley, however it was really put on the map (so to speak) by Maurice O’Shea, winemaker at Mount Pleasant, when he saw the value in the floodplains near Lovedale as having strong potential for Semillon. Time has proven him right with Mount Pleasant’s Lovedale Semillon consistently one of the region’s most notable wines.

Formerly of Broke Fordwich, Stomp! recently moved to their Wilderness Road location and have gone from strength to strength. Michael and Meredith McManus make a wide array of wines suiting almost every palate, but for me the whites are the real stars of the show. An amazing barrel-fermented Chardonnay they make may be the show-stopper, but their Fiano gets me going year after year. A bit riper than what you might find typically in Italy, it shows how good the variety can work in the Hunter and why a number of winemakers are starting to seriously look at the variety. Full disclaimer: they could be loosely considered neighbours so I might be biased.

Allandale have been around since 1983 and the wines are always consistently good. I fell in love with them long before I ever found myself living in the Valley – their Sparkling Gewürztraminer is bliss, especially if you let it age for a few years. Whilst not strictly a Hunter Valley exclusive winery (they make wine from fruit from across NSW), the Hunter-based wines they do make are sublime – aged Semillon and Shiraz being the standouts.

Mount View might be considered one of the Valley’s best kept secrets, but its views are among the most magnificent in the entire region – the secret won’t be kept for too much longer. To the south of the main centre of Pokolbin, the terraced vineyard provide the perfect backdrop to enjoy some truly stunning wines.

Winemaker Gwyn Olsen’s star is seriously on the rise – well, metaphorically anyway – she won the Rising Star Award at the Hunter Valley Legend Awards in 2015. The wines are as top-notch as you’d expect – from the Sparkling Chardonnay Pinot Noir to the very uniquely Hunter Valley blend of Pinot Noir and Shiraz (a bit of a old ‘Hunter’ thing – but it has to be tasted to be believed. Amazing). For something completely different, a Shiraz/Verduzzo blend (70%/30%) was made from the exceptional 2018 vintage – I haven’t tried it yet, but I’m very, very interested.

Ok, so not a winery, I know – but the best food in the Hunter Valley, bar none. The team of Robert and Sally Molines have been feeding Hunter locals and visitors alike for a few decades before opening Bistro Molines in 2008. They are icons of the Hunter Valley and any visit to the region simply must include, at the very least, lunch here. End of story.

The first subregion in Australia to be officially declared as a subregion of a major GI, Broke Fordwich has had vines cultivated since, at least, the early 20th century and possibly well before. The region has some of the best views of the Brokenback Ranges (including the iconic Yellow Rock). James Halliday has long regarded Margan Family Wines and Glenguin Estate* among the region’s best producers, but Broke is home to a plethora of good wine. It’s a 15 minute country drive away from the main centre of Pokolbin – it’s crazy to think that more people don’t head out there. Which is also part of its charm.

One of the newest cellar doors in the region is also one of the most impressive as repurposed shipping containers give an uninterupted view across to the Brokenback Ranges. The wines here have one thing in common – age. A 2005 Shiraz sits next to a 2004 Chardonnay and (amazingly) a 2006 Verdelho that just has to be tasted to be believed. Add into that a 2011 Shiraz-based Rosé and you get the picture. Amazing stuff.

The Hunter Valley’s answer to ‘can these Italian varieties grow here’, Arnies, Dolcetto and Barbera sit ably beside Chardonnay, Semillon and Shiraz. Both the Dolcetto and Arnies are great wines, but the standout for me is the Barbera. I fell in love with this wine when I moved to the Hunter Valley and it’s still one of my favourite wines from the region (at least not coming from Shiraz and Semillon). It’s medium-bodied, super food friendly and just a joy to drink. It tips the scales at 14.5% ABV, so you might want to rethink the third glass if you’re driving!

This large region tracks north from Broke Fordwich, through the towns of Denman and Muswelbrook and on to Scone – it’s not small. But it has an interesting mix of cellar doors – large and small.

Winemaker Atsuko Radcliffe is Japan’s first female winemaker but also the first Japanese winemaker to establish themselves in Australia. Atsuko is also an international Sake judge, making this cellar door one of the most unique in the entire country, not just the Hunter Valley. Wine and Sake in the same cellar door? Sign me up!

Oaks Cypress Lakes Resort, located centrally in Pokolbin, is the perfect place to base yourself to explore Mount View and Lovedale. The resort boasts a range of one to four bedroom villas so is perfect for families, couples or groups alike. The on-site restaurant and bar, or the nearby restaurants of Pokolbin, make for attractive meal options.

Tinonee Vineyard Estate is located near the village of Broke and the vineyards of Broke Fordwich (including 1813 cellar door located on the estate itself). The estate comprises two accommodation options – The Residence catering to groups of up to 14, and The Diary Cottage for up to four. Alternatively, the entire estate can be booked out. Recently renovated and tastefully decorated Tinonee is one of the Hunter’s premier properties, full of character and with no expense spared. 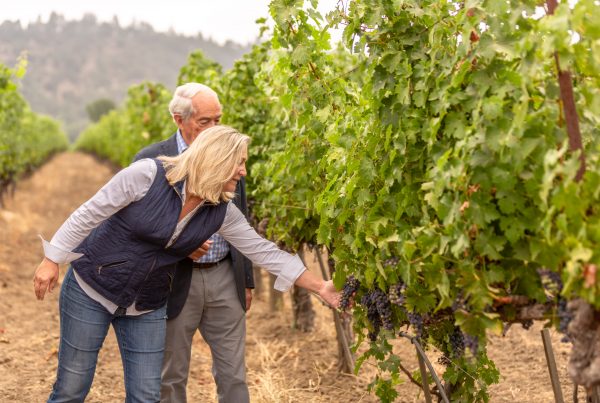