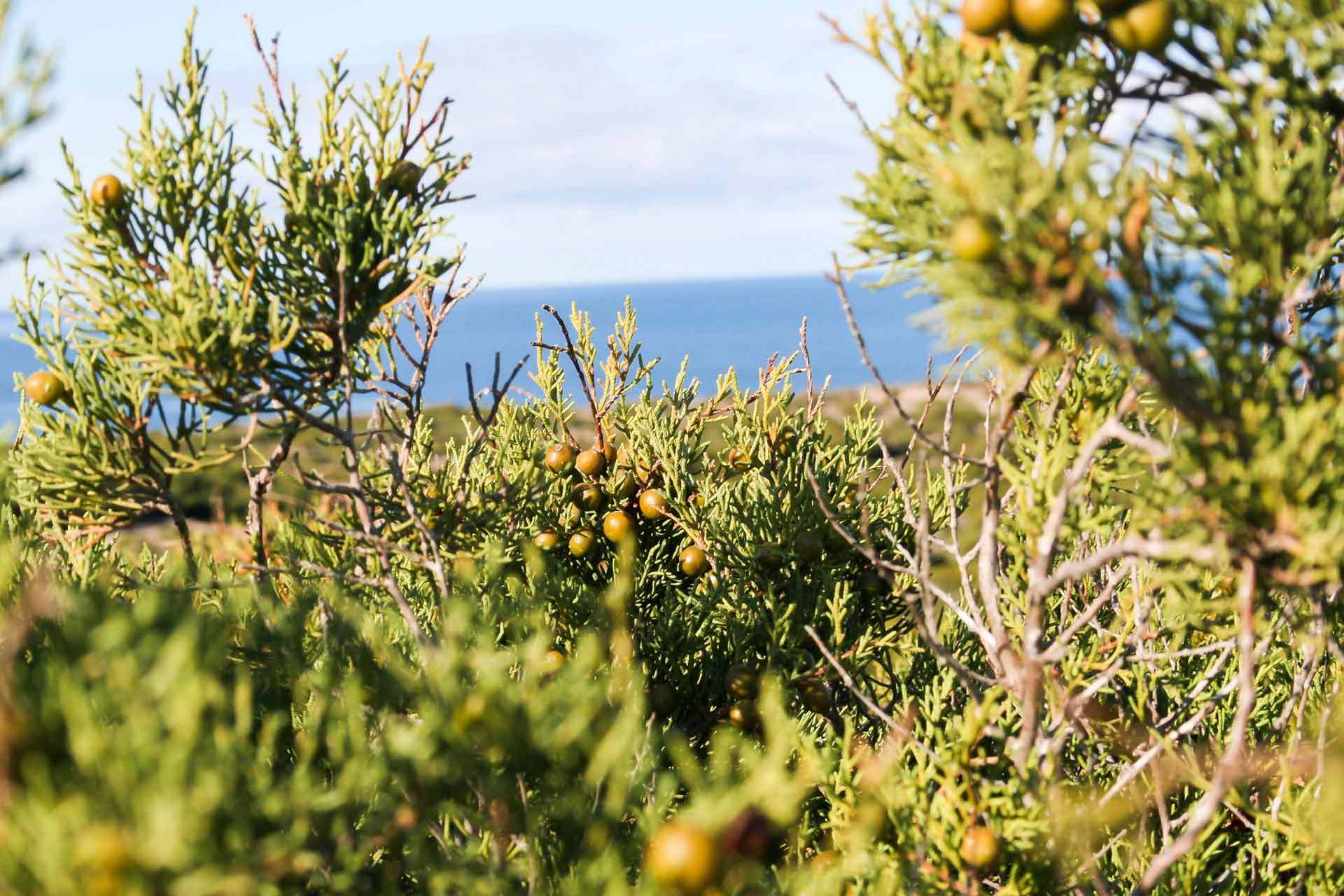 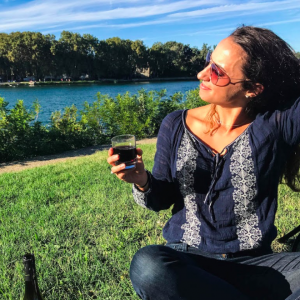 In a wine world of increasingly high competition, Sardinian Cannonau is a wine that deserves to be on the world stage. To drink Cannonau is to experience Sardinia in a glass. An idyllic island adorned with rolling hills drenched in Mediterranean macchia and colossal mountains of granite and schist. A place where traffic refers to herds of sheep. Unless it’s summer when tourists bombard the island, clamoring to get to some of the world’s most beautiful beaches and bluest seas. Olive trees and vineyards invigorate the landscape. A symphony of bells from a group of sheep grazing nearby hangs in the air. This is Sardinia.

Sardinians are proud of their culture. So proud, in fact, that teenagers get just as excited as the adults to dance the traditional Sardinian ballu tundu. And if you’re one to close down the bar, you’re likely to witness a tenore group enchanting the crowd with the ancestral music of the island. Make your way into a village festival and you’ll certainly witness both. In other words, Sardinia offers a culture that is so rare to find in the world today and Cannonau is an integral part of the Sardinian ethos.

A Bit On Sardinian History

Sardinian culture is influenced by a deep and varied history. Sardinia was first home to the prehistoric Nuragic civilization. The remnant Nuraghe of this culture withstood the test of time, currently illuminating an ancient past of Sardinia. One of Italy’s Mediterranean islands second in size to Sicily, Sardinia sits a distant 200km from mainland Italy. Neighboring French island Corsica is 12km away and Sardinia is 200km from the coast of Africa. Subsequently, throughout history everyone wanted a piece of Sardinia due to the island’s unique position for trade in the Mediterranean. First, the Phoenicians ruled Sardinia. Next, the Vandals occupied the island. Then the Byzantine Empire ruled Sardinia. Following Arab invasions, the Aragonese from Spain dominated the island for almost 300 years. Finally, in 1861 Sardinia united with Italy under Victor Emmanuel II.

Today, certain Sardinian dialects, the evident Catalan influences on the northwestern city of Alghero, and the cuisine and wine of Sardinia all illustrate traces of this history. However, Sardinia is somewhat of a forgotten province of Italy because of the island’s relative isolation, along with the distinctive Sardinian language and culture. Sardinians feel a “mainland prejudice” from Italy. Though honestly, I think they prefer the independence. Sardinians are proud. They actually prefer to be identified as Sardinian over Italian.

The History Of Wine In Sardinia

Unfortunately, just as Italy set aside Sardinia, the world relatively disregarded Sardinian wines, though undeservingly so. According to Decanter, Sardinia is fourteenth in size amongst Italy’s wine producing regions. The island’s Sicilian counterpart produces six times as much wine. Moreover, Sicily receives significantly greater international recognition. Sardinian wine deserves to be better known. Take it from someone who spent five months living on the island. However, if you don’t want to take my word for it, would evidence that Sardinians were the first wine producing civilization in the Mediterranean encourage you to explore Sardinian wines?

Such evidence exists. In 1993, archaeologists discovered an ancient Nuragic stone wine press in Monastir. In recent years, scientists were able to analyze organic matter taken from the press. The results of this analysis indicated that Sardinian civilization has been making wine since the Bronze Age, long before the Phoenicians and the Romans. These results also indicated that the ancient vines used for winemaking were very similar to many varieties cultivated today. In other words, these discoveries make the tradition of wine in Sardinia quite unique. They also provide added value to Sardinian wine in a highly competitive global market.

Where Did Cannonau Come From?

Sardinia claims up to 150 indigenous varieties. But can we count Cannonau among them? Sardinians are as stubborn as the donkeys that roam their hilly terrain. Ask a Sardinian and he will undoubtedly and unabashedly tell you that Cannonau is native to his beautiful island. Then he will pour you a glass from his family’s latest vintage. Perhaps from a plastic liter or gallon sized bottle. And it will be delicious.

There is an age-old debate on the origin of Cannonau, a member of the Grenache family. Many believe that Cannonau is an indigenous Sardinian variety. Others claim the Spaniards brought their Garnacha to Sardinia while the island was under Aragonese rule. In Sardinia, the first documented reference to ‘Cannonau’ dates back to 1549. In fact, historical documents indicate that both Cannonau and Garnacha are extremely ancient varieties cultivated for centuries in Sardinia and Spain respectively.

Following the discovery of 3,200 year-old grape pips at an ancient Nuragic site in Sardinia, scientists did a comparative study of the pips. These scientists aimed to prove the autochthonous nature of Cannonau. Additionally, another study analyzed the structure of Cannonau and Garnacha pips, comparing them with pips of ancient, wild Sardinian and Spanish varieties. They were not able to determine that Cannonau derived directly from indigenous Sardinian vines, nor that Garnacha derived directly from native Spanish vines. However, they concluded that clonal diversity and genetic variations generated in the process of cultivating domestic vines makes the process of identifying indigenous varieties almost impossibly complex. Whether or not the variety is of Spanish origin, Cannonau is most certainly Sardinian today.

If you have ever Googled something like ‘health benefits of red wine,’ then you may have stumbled upon the fact that Cannonau is a secret to Sardinian longevity. Actually, Sardinia is one of the world’s five Blue Zones, with a higher number of centenarians or people over 100 years old. Sardinia has an especially high concentration of male centenarians in the region of Barbagia. Upon further investigation, scientists determined that a daily glass of Cannonau contributes to longevity on the island. Cannonau is especially high in antioxidant rich anthocyanins and beneficial polyphenols like reservatrol. Heart and brain health are linked to consumption of these compounds.  Other cultural denominators to longevity include moving naturally, living with purpose, close family ties, healthy social circles, and plant-heavy diets.

In Sardinia, a glass of Cannonau is typically consumed at lunch and alongside dinner. Many families own small vineyards that are passed down for numerous generations. Such vineyards allow Sardinians to produce their own Cannonau wine every year for family consumption. Enoteche and wineries throughout Sardinia also offer wine by the liter at an extremely affordable price. Thus, providing easy access to Cannonau and other wines for those who may not have a family vineyard. Patrons bring their own containers, often empty plastic liter water bottles or gallon jugs, and leave with quality affordable wine for the week. Indeed, Cannonau is engrained in Sardinia culture.

While Spanish Garnacha and French Grenache have staked their claim in the world of wine, Cannonau is more apt than ever to capture the attention of the world’s Grenache lovers. Cannonau is the most planted variety in Sardinia, accounting for roughly 20% of vineyard plantings on the island or 8,400 hectares. Most Sardinian Cannonau exhibits extraordinary completeness for the Grenache variety. Expect well-integrated, round tannins, medium alcohol, soft acidity, and the ideal balance between generous fruit flavors and savory subtleties. In Sardinia, this variety showcases aromas and flavors of juicy red fruits like raspberry or strawberry, ripe plums, Mediterranean macchia, white pepper, and coffee or tobacco aromas from the oak casks in which Cannonau is often aged. Though these characteristics may change depending on the zone of cultivation within Sardinia.

The provinces of Nuoro, Ogliastra, and Cagliari cultivate the majority of Cannonau on the east side of the island. For me, there are three various communes within the province of Nuoro that offer the best expressions of Sardinian Cannonau.

Mamoiada is a village near the heart of Barbagia, a hot and dry central region of Sardinia known for producing Cannonau with gravitas. Grown at 600-800m elevations, Cannonau from Mamoiada shows a more nuanced fruit profile and offers incredible structure, depth and elegance. Vineyards are planted on granite soils, some of which are bush-trained and over 100 years old.

Giuseppe Sedilesu is one of the most notable producers in Mamoiada. Do not miss the Ballu Tundu Cannonau di Sardegna D.O.C. Riserva 2014. This wine comes from a 100-year old vineyard. Ballu Tundu is layered and complex with a sophisticated, robust mouthfeel and beautifully integrated tannins. Expect characteristic aromas and flavors of plum, juicy red fruits, macchia, and tobacco, plus an impressive depth.

A Guide to Vernaccia di Oristano – Sardinia’s Most Fascinating Wine

The Carnivalé Cannonau di Sardegna D.O.C. Riserva 2010 is another exceptional example from Giuseppe Sedilesu. This wine offers succulent, round tannins along with flavors of tertiary red fruits, smoke, spice, and graphite.

My favorite Cannonau belongs to the Sardinian village amongst the mountains known for anti-authoritarian tendencies and the colorful painted murals that decorate the town. Here you’ll find granite, quartzite, and sandstone soils. The mountainous terrain engulfs the small, family-owned vineyards of Orgosolo. Each grower farms about one hectare of vineyards, contributing their crop to the village’s cantina sociale called Cantine di Orgosolo.

Backed by the Supremonte, the village of Dorgali sits roughly 10km inland from the Gulf of Orosei with vineyards planted at both higher elevations and along valley floors. Sites at higher elevations offer volcanic soils of alkaline and transitional basalt. The lower sites feature dolomitic limestone soils with carbonic deposits. The Oddoene Valley is an exceptional vineyard site in Dorgali and the most gorgeous vineyard setting I visited while in Sardinia. Here you’ll find rows of vines intermingled with rows of olive trees. When WII ended, the established general in this area gave one hectare of land to each of the poorest families in the region. Those families maximized the potential profit of the land by diversifying their plantings in this way.

Antonio Berritta has cultivated vineyards in the Oddoene Valley his whole life. Cantina Berritta’s Montetundu, Cannonau di Sardegna D.O.C. Classico 2015 is a superb bottle of Cannonau. This full-bodied wine offers profound notes of black cherries, raspberries, dried herbs, and a spicy complexity along with sweet, silky tannins. Another exceptional example of Cannonau is Berritta’s Thurcalesu, Cannonau di Sardegna D.O.C. 2016, though a touch lighter in style compared to Montetundu. Cannonau from Dorgali is audacious, lively, and generous, just like the Sardinians who call Dorgali home.

If you’re going to drink Cannonau, seeking out a Cannonau di Sardegna D.O.C. wine will be worth your while. The Cannonau di Sardegna D.O.C. requires a minimum of 12.5% alcohol by volume for dry reds. For the Riserva designation, dry reds must have a minimum ABV of 13% and an obligatory aging period of two years, including at least six months in barrels. The sweet Passito style requires a 13% ABV minimum, while the Liquoroso (fortified) style offers both a sweet and dry style. The secco (dry Liquoroso) style requires a minimum 18% ABV and a maximum 10 g/L of residual sugar. The sweet Liquoroso dolce must have a minimum 16% ABV and 50 g/L minimum of residual sugar.

The Moral Of The Story

When identified as an Italian, a Sardinian will never hesitate to set the record straight. The same goes for the wine synonymous with Sardinia. A Cannonau is no Grenache. This is Cannonau.