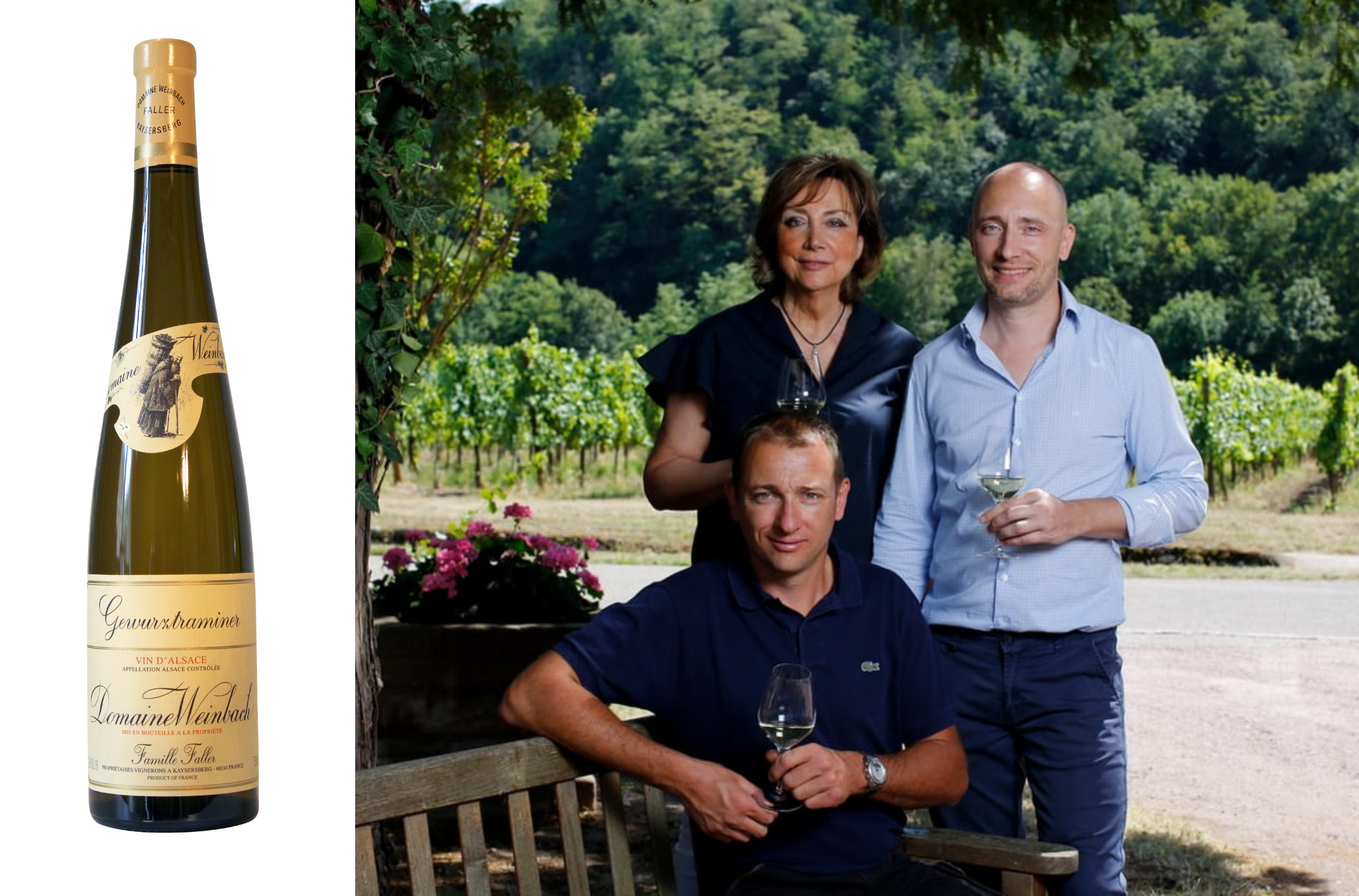 2018 was a year of varied weather conditions, ranging from a very mild spring to a hot dry summer with a freak hailstorm in mid-July to a beautiful Indian summer harvest, and resulted in humongous crops. The temptation to fill the cellar after several years of poor harvests is understandable, but high yields and compromises seldom produce great wines, so we kept our yields under control. The resulting 2018 wines show as complex and well-structured, powerful yet elegant, with a very good length.

Located in the village of Kaysersberg, Domaine Weinbach was first established as a winery in 1612 by Capuchin friars. After being sold as national property during the French Revolution, it was acquired by the Faller brothers in 1898 who then left it to their son and nephew, Théo. Théo Faller was a prominent figure in Alsace winemaking and an ardent defender of quality wine production. Since 2016, Theo’s daughter, Catherine, has led the estate winery alongside her sons, Eddy and Théo, employing both organic and biodynamic practices.