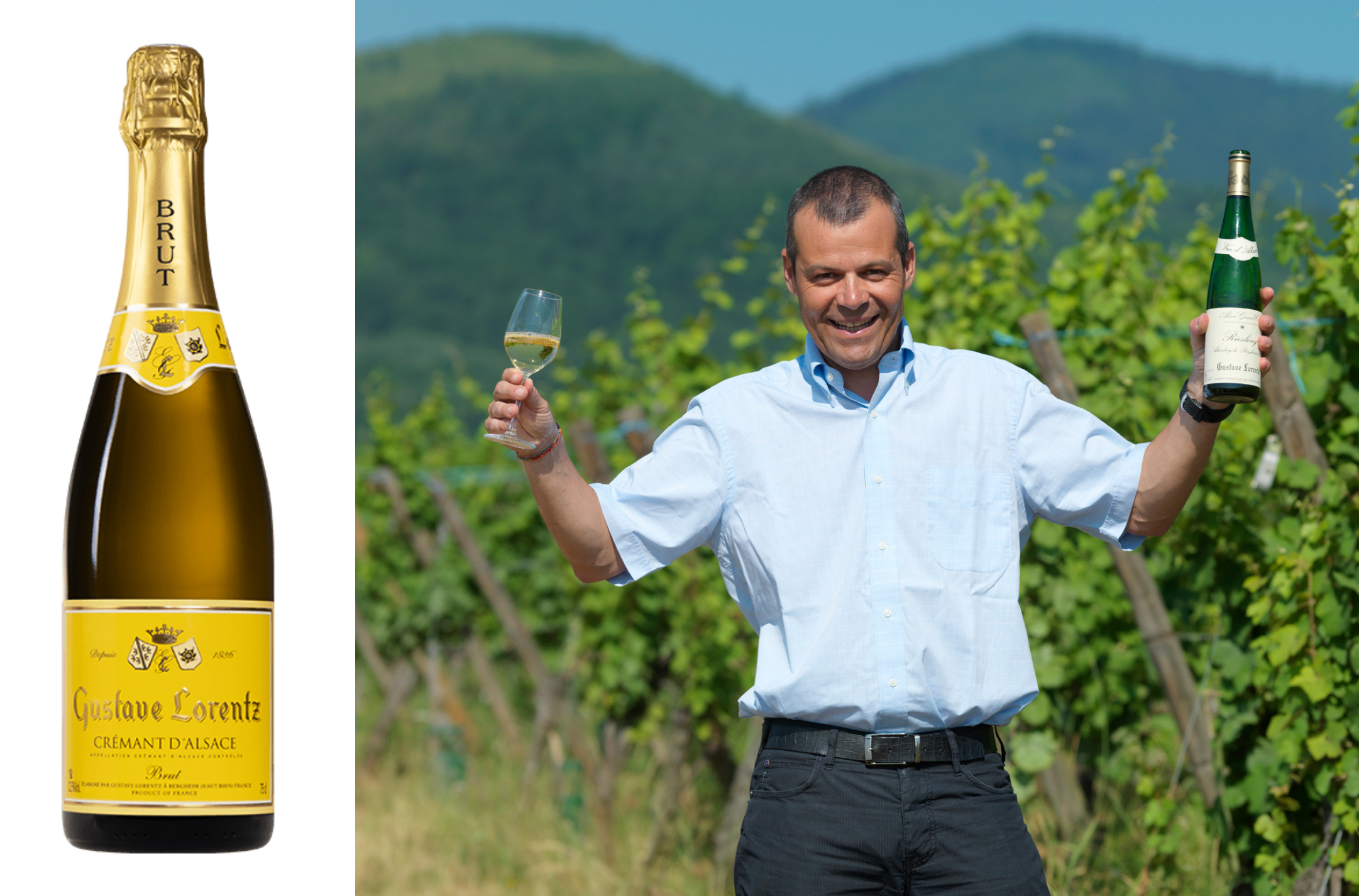 The grapes are picked healthy (without any trace of rot) carefully set down in the press in the respect of the rules identical to the “Méthode Champenoise”.

After the traditional fermentation “Vin de Base” in tanks, it is in the bottle itself that the second fermentation “Prise de mousse” takes place in cool cellars. This natural phenomenon requires careful and patient attention to each bottle.

After the two years ageing period “Sur lattes” the bottles are rotated during 4 days, gradually from the horizontal to the vertical position, in order to the yeast deposit to accumulate in the neck of the bottle.

At the time of “dégorgement”, the neck of the bottle is frozen and, enclosed in ice, the sediment is ejected by natural pressure and the bottle is corked and wired.

The balance and freshness of Gustave Lorentz Crémant d’Alsace Brut comes from the subtle match of three grapes varieties.

Founded in 1836, Maison Gustave Lorentz owns 33 hectares of land on the hillsides of Bergheim in the heart of the Alsace wine region, 12.8 hectares of which are classified Grand Cru Altenberg de Bergheim, and 1.75 hectares Grand Cru Kanzlerberg.

The first mention of the Lorentz family in the commune of Ribeauvillé dates back to the end of the Thirty Years’ War in the second half of the 17th century. They were innkeepers or coopers as well as ‘gourmets’, the old name given to wine merchants, which afforded them an important status in the local community.

In 1748, winegrower and blacksmith Jean-Georges Lorentz was the first to settle in Bergheim, which later became the heart of our domaine.

His son, Pierre Lorentz, was married to the youngest daughter of the Mayor of the time (Nicolas Schmitt). Generations passed with the birth of Jacques Lorentz in 1798 and Charles Lorentz in 1836. This same year, Maison Lorentz was founded in the commune of Bergheim. Today, Georges Lorentz has the honour of managing the estate, seven generations later.