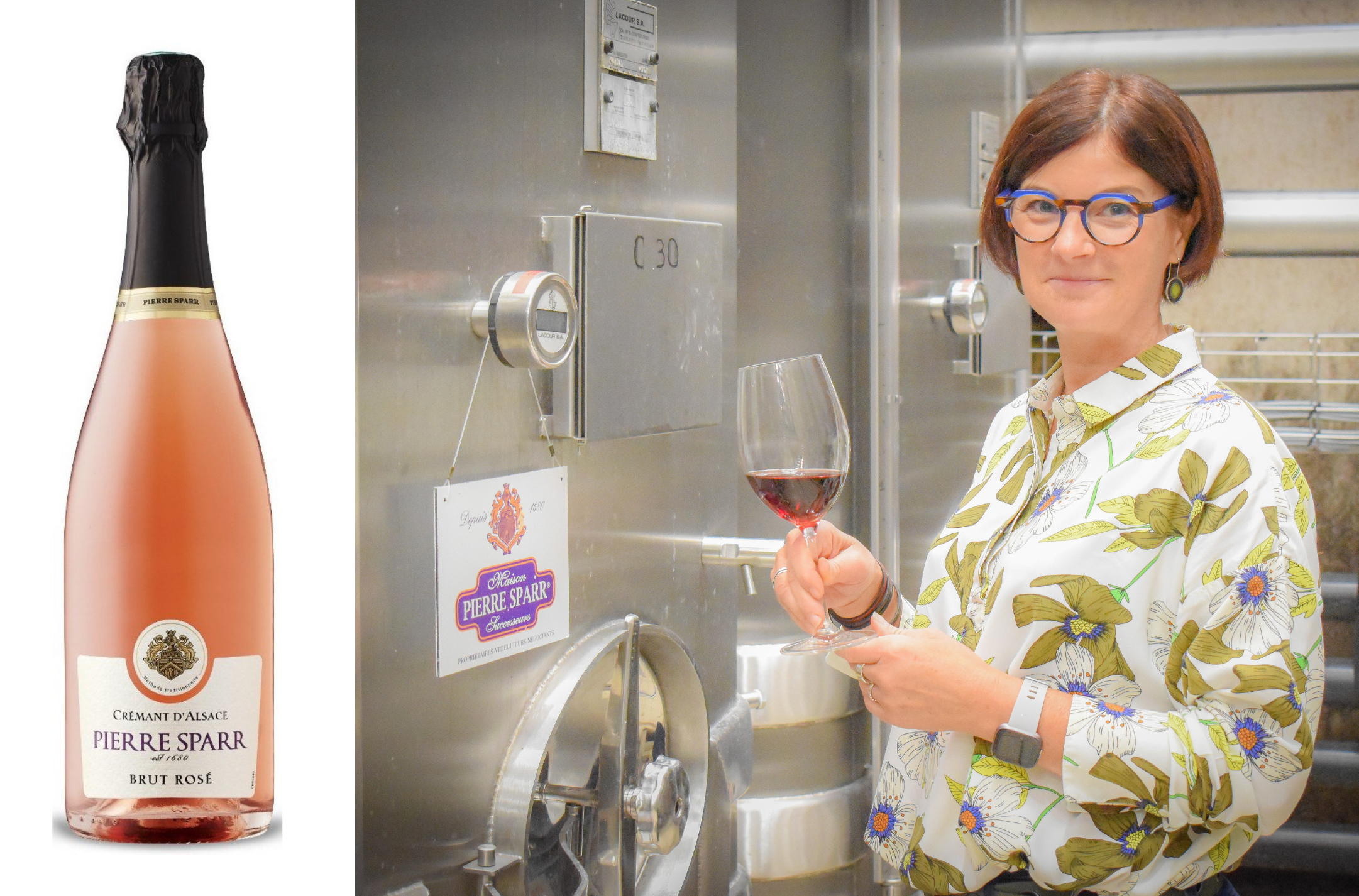 Certified organic and hand-harvested. First fermentation occurs in temperature-controlled, stainless steel vats. Six months later, still wines are blended to achieve the distinctive flavor profile of the rosé. Blended wine is then bottled with a specific yeast added to initiate the second fermentation in bottle. The wine rests on the lees a minimum of 18 months prior to disgorgement. Finally, the dosage is added to provide the particular brut style of this sparkling wine.

The origin of the winemaking family Sparr goes back to 1680, as Jean Sparr was born. Under the influence of François Pierre Sparr in 1785 the vineyards were increased. Generations later, Charles Sparr developed the business, increasing the activities on the area of trade and regarding wine ageing. His son Pierre took the succession at the age of 20. His distinct sense for business made him a pioneer of the “estate bottling” of wines in Alsace. His motto was: “invest, progress and maintain”.

During WWII Sigolsheim and its vineyards have been completely destroyed. With a lot of courage and obstinacy Pierre Sparr rebuilt one of Alsace’s most beautiful and prestigious Domaines. His sons René and Charles contributed to the enlargement of the vineyards and the development of the European markets which gave a new dimension to the company. Nowadays, with the help of the 9th generation, the aim is still to perpetuate tradition, passion and emotion.

Corinne Perez was born in Lyon, a well- known city located north of the Rhône valley, between Beaujolais and Crozes Hermitage vineyards. During her Agriculture studies in Lyon, she was introduced to winegrowing and winemaking as a student harvest intern in Beaujolais. Corinne fell in love with wine and winemaking and pursued her new passion in Dijon where she earned her DNO degree (oenologist national diploma) in 1994. To diversify her experience and palate, Corinne worked harvest in both Oregon and Australia. While her initial work was with full-bodied red wines, her first consulting job in Alsace exposed her to the world of white wines.

Corinne was seduced by the finesse, elegance and purity of white wines, whose vinification leaves no room for error. Since 2003, she has been a winemaker in Alsace and she was appointed head winemaker at Pierre Sparr at the start of 2020. Corinne thrives on the diverse aspects of being a winemaker, from collaborating with the cellar team, to blending, to monitoring vine and grape development in the summer and early fall, and even the endless analysis that is an integral part of winemaking.