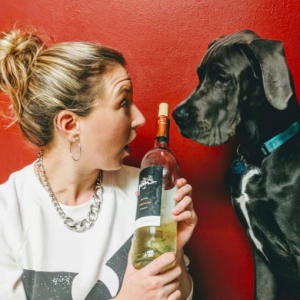 Chances are, you probably have never heard of Muscadine before reading this sentence. Not to be confused with Muscat, this grape is often shunned in the wine world as an outcast, a joke, an imposter. Its wines are viewed as unsophisticated, unbalanced and unrefined. However, if you look beneath the surface and dare to explore, you’ll be surprised at what secrets this grape holds. Many do not want to admit, but it is an important grape not just in viticulture and vinification, but in American history. It’s time to reintroduce the world to the wonders of Muscadine, and I’ve got 5 facts that will help to give this grape back the reputation it truly deserves.

1 – Muscadine Is Indigenous To America

Let’s start out with a quick history and science lesson. Most of the wines we drink today (Cabernet, Merlot, Chardonnay…) come from grapevines in the species Vitis vinifera, which are native to the Mediterranean region. When Spanish and French explorers settled America, it was literally overrun with another type of vine, which came to be known as Vitis rotundifolia, or Muscadine. Needing wine to deal with the hardships of living in a new world, and also for carrying out religious ceremonies, Muscadine was cultivated for wine production as early as the mid 1500s in Florida.

You read that right. Wine production in the United States began in Florida.

Muscadine had a very distinct taste from the vinifera grapes that the explorers were used to back in Europe, so sugar was added in large amounts to make it more palatable. This tradition carried on into modern times, which contributed to its reputation for being overly sweet. However, there are a handful of winemakers who truly understand how to craft a balanced wine while still keeping true to the history of Muscadine.

2 – Muscadine Has The Highest Polyphenol Content of Any Grape

One of the reasons Muscadine was so pervasive in the new world was because the skins of its fruit were so thick and tough that the native peoples could not make use of the grapes for food. So the vines just became overgrown weeds, if you will.

The thick skins range in color from amber to black, and hidden within them are chemical compounds called polyphenols. Muscadine grapes also have seeds that contain the same polyphenols, but in significantly higher amounts. Tannins are but one type of polyphenol, and they are what give the wine body, structure and that drying mouthfeel we often get in a big glass of bold red wine. Muscadine is full of other polyphenols, many that are lacking in other popular wines we drink. You probably have heard that red wine has health benefits when you drink in moderation. This is because of the polyphenols. These compounds support heart health and act as antioxidants.

3 – Muscadine Is Resistant To Pests & Diseases

Phylloxera is a tiny insect that has caused devastating effects on Vitis vinifera grapevines. The bug feeds off of the plant and introduces fungal infections which almost always kill off the vines at the root. An epidemic swept over Europe in the 1800s which crippled the wine industry, to this day has left growers and winemakers vulnerable.

Muscadine, however, has developed an adaptation in which it produces a sticky residue which not only protects it from most environmental microbes, but acts as a natural repellent to pests. This has caught the attention of American winemakers, who have used Muscadine rootstock to help grow their otherwise traditional Vitis vinifera vines.

Grapes love a cool, dry climate – for the most part. There are obviously exceptions to this rule, as certain grapes favor warmer climates (such as Verdelho). What makes Muscadine unique, however, is that it truly thrives in an environment where almost all other grapes cannot – where it is hot and wet.

Muscadine is found throughout the entire Southern United States. In fact, it is the only grape variety that can actually grow in this climate. However, the grape is quite adaptable – it is found as far north as Delaware, which is much cooler; and as far west as Texas, which is significantly drier.

Because Muscadine makes a home in the hot and humid, it can have varying quality and sugar content from season to season. The lack of cooler temperatures also reduces the amount of acidity in the grapes. Unfortunately, an unskilled winemaker can often overlook these variations and apply the same technique without taking into consideration the nuances of the grape. This has contributed to some sub-par wines on the market when a one-size-fits-all recipe is applied year after year to the harvest.

5 – There Is A Muscadine Wine For Every Type Of Drinker

Thanks to programs from local institutions such as the University of Florida and the University of Georgia, there are over 300 different strains of Muscadine that have been either cultivated or bred for commercial use. These strains vary in sugar content, acidity, tannin and polyphenol level, skin color, and flavor. Some of the most popular strains include Noble, Carlos, Thomas, Black Beauty and Scuppernog.

Muscadine wines come in white, red and rose, and range from dry to very sweet. The are medium to full bodied, and all are best served chilled. You can even find Port style dessert wines made from Muscadine.

When pairing with food, look to traditional southern fare if enjoying white or rose. For reds, enjoy with barbecue and spiced meats. Ports go excellent with chocolate or blue cheese.