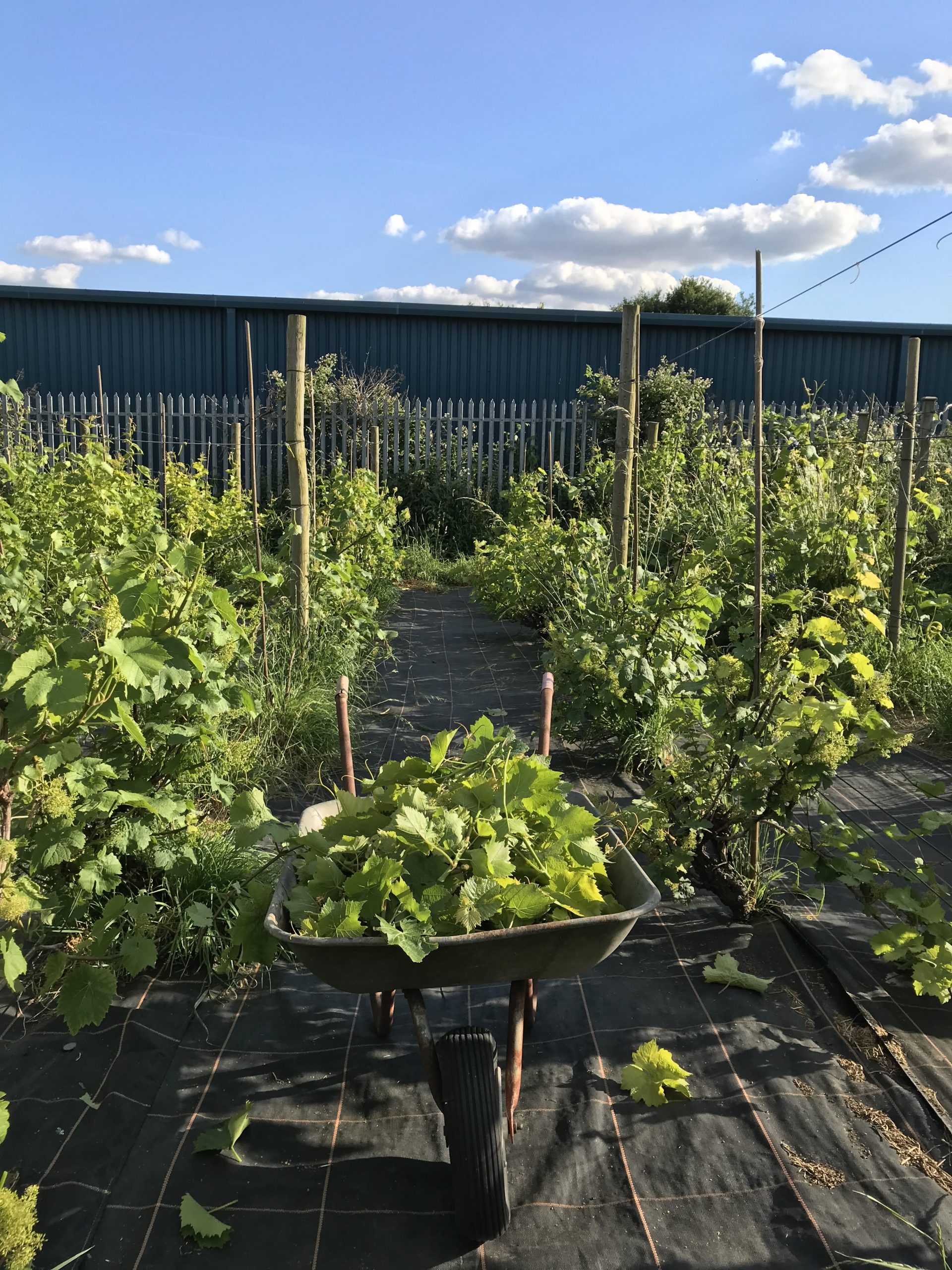 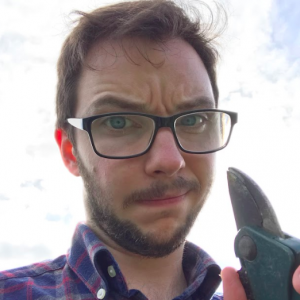 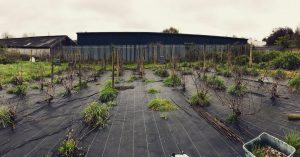 So it’s coming up (roughly) to three months of having my vineyard, and a lot of things have happened. A good time then to reflect on the challenges of #becomingavinter.

When I first took over in April,the vines hadn’t had their winter trim, so were quite overgrown when I arrived. First rule of vine growing, they’re tough and can take a serious amount of trimming back! I threw caution to the wind and cut as far as I dared, hoping they would thank me in the long run. At the time I knew nothing about wine making, so didn’t know they needed to be trained. As far as I can tell mine have never been properly trained, but some of that may be my lack of knowledge while they were growing. As a result, they’re currently growing pretty au natural! Next year I’ll be a lot more rigorous with the shoots and where I let them grow… 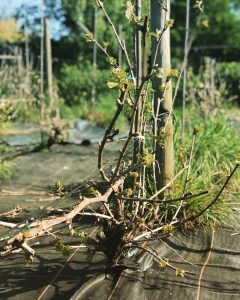 Next, onto my nemesis at the vineyard… grass! The floor of the site is a weatherproof material, so no weeds and the like grow underneath it. However, around the base of each vine there’s obviously a gap, which acts like a magnet for weeds and throne bushes. I didn’t think this was too much of a problem, until I learned about the importance of air flow protecting against mould and nasties. DAMN! Out comes the garden strimmer and the de-weeding week from hell began. Some of it was so ingrained that I had to dig six inches to get the roots out. Honestly, as I pulled out some of the weeds the vines looked like they sighed with relief. Sadly, despite my best efforts, some of it has grown back. I’m currently recovering from a small operation so big digging is an absolute no no. I’ll just have to do damage limitation.

There were a couple of fences that had fallen over, taking the trellising with them. This meant a selection of vines had no support, and were growing like monsters. Suddenly, from stage left, the lovely man who told me about the vineyard in the first place appears. His dulcet Scottish tones bring some great help. He gives me more poles to make new trellising, and a sledge hammer (which has meant that for weeks I’ve had Peter Gabriel’s song stuck in my head). Up goes the trellis, vines are happy and I’ve had a free gym session.

Of course, during all of this I had to get a table and chairs to fill the gap in the middle… where else am I going to drink my wine? 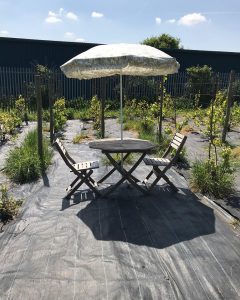 During all of this is, of course, general maintenance and trimming. Everyday I learnt more about the importance of air flow, picking leaves off and stopping growth that hinders the growth of the crop.

There’s currently a heatwave in the UK so the grapes are growing at record pace! Yes, you read that right, heatwave in the UK, like 30 degrees hot. Train lines are melting and there isn’t enough ice cream for everyone. The country is currently in turmoil! It does mean that the growing process has changed gear, and I now actually have grapes forming. I’m an impatient person, which is why I got the vineyard, to help me slow down a bit sometimes.

But what have I ACTUALLY learnt so far? I think I can break it down to three parts:

Next time I’ll go through the types of grape I have and how I’m starting to learn about wine tasting! But for now always remember, In vino veritas! 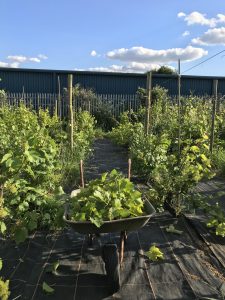