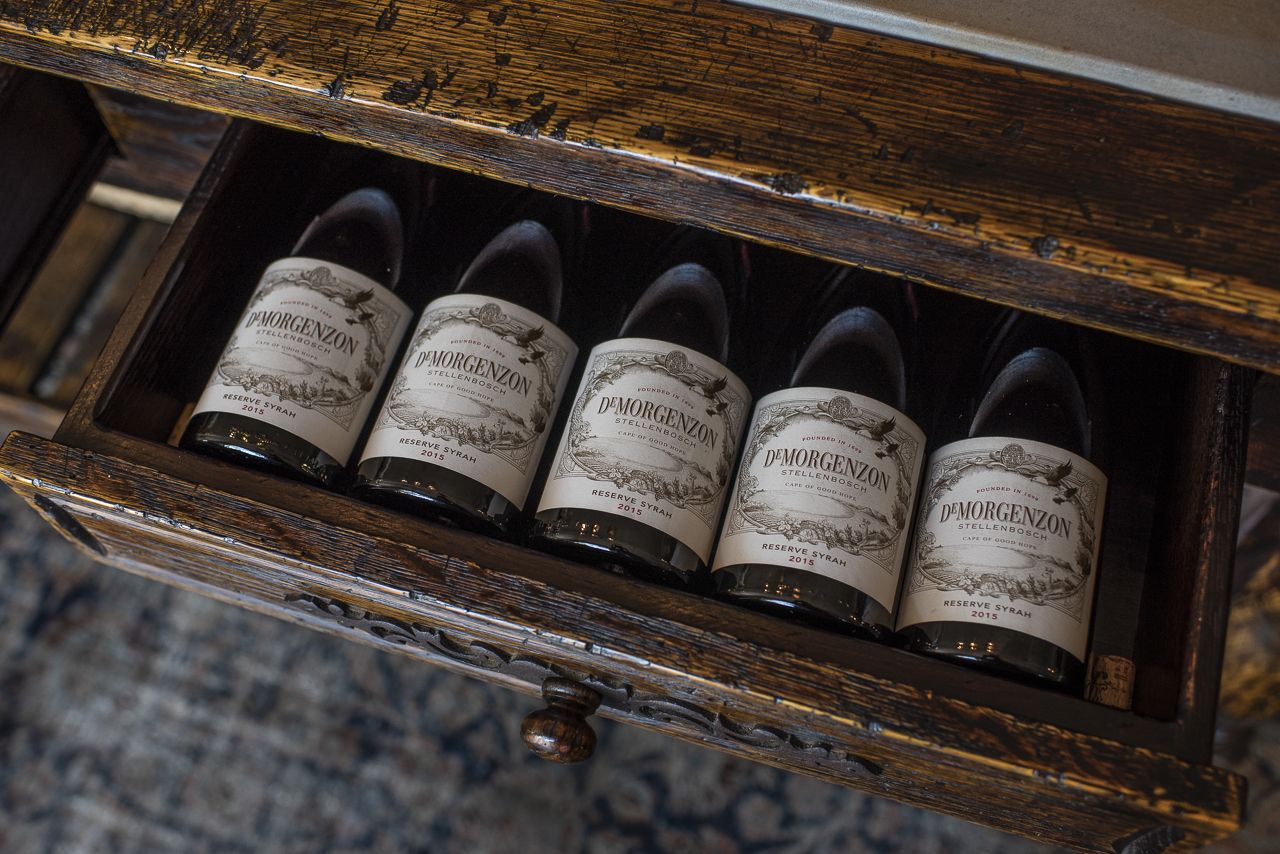 Sancerre: Beyond Your Trendy By-The-Glass Sip

Located in the Western Cape, DeMorgenzon is widely recognized as one of South Africa’s top white wine producers, receiving countless accolades and top marks from critics, year after year.

Their Reserve Chenin Blanc, which comes from low-yielding vines planted in 1972, is considered one of the best examples of Chenin coming out of South Africa. The 2015 vintage was selected as the best Chenin Blanc at the 2016 International Wine and Spirits Competition and the 2013 “Divas” Chenin was named one of the three “most exciting wines of the 21st century”by wine critic Matt Kramer.

DeMorgenzon also produces outstanding Chardonnay. Their 2015 Reserve Chardonnay was named best in the world in 2016 at the Decanter World Wine Awards, where it won Platinum: Best in Show Chardonnay over £15.

There’s far more to learn about this celebrated South African estate, though. Here are six things you should know about DeMorgenzon.

1. Wendy Appelbaum is the driving force behind the brand

Former deputy Chairman of Wiphold, the first woman-controlled company listed on the Johannesburg Stock Exchange, Wendy Appelbaum purchased Demorgenzon in 2003. Since then, she has channeled her considerable business savvy into quickly propelling Demorgenzon into the first-class winery it is today.

2. DeMorgenzon is Dutch for “The Morning Sun”

The vineyards of DeMorgenzon are situated at the top, southern and eastern slopes of Ribbokkop and are the first part of the Stellenboschkloof valley to see the sun each day because of their high altitude and aspects.

3. At DeMorgenzon, they believe music can influence plant growth

Since 2008, Baroque and early Classical music has been played in the vineyards, winery and cellar all day, and every day at DeMorgenzon. And while it’s unclear as to whether the vines have developed an appreciation for the fine works of Bach and Mozart, studies have shown that there are positive effects of playing harmonious or melodious music to plants. To learn more about the effects of sound and music on plant growth, visit demorgenzon.com.

4. The ‘garden vineyards’ of DeMorgenzon are breathtaking

The Cape Winelands are known for their expansive vineyards and breathtaking views but many argue the views from DeMorgenzon are among the best. The 224-acre estate, often referred to as the DeMorgenzon garden vineyard, rises from about 200m to nearly 400m above sea level and enjoys panoramic vistas including Cape Town, Table Mountain, Cape Point, Cape Hangklip, the Hottentots Holland mountains, Helderberg and Simonsberg with the ocean as a backdrop. Carefully selected wildflowers growing between the vines add vibrant shades of blue, white, purples, greys and silver to the breathtaking landscape. At DeMorgenzon, they believe the beauty of their gardens is captured in every bottle of their wine.

5. DeMorgenzon is a member of the Biodiversity & Wine Initiative

Nearly 95% of the South Africa’s wine-growing takes place in the Cape Floral Kingdom (CFK), the richest and also the smallest plant kingdom on the planet. Recognized both as a global biodiversity hotspot and a World Heritage site, it has come under increasing threat from agriculture, urban development and invasive alien species.

In 2004, The BWI was established as a partnership between the South African wine industry and the conservation sector with the vision of protecting and conserving the unique natural heritage within the Cape Winelands.

DMZ is a member of the BWI and has set aside approximately ten percent of their land for the restoration of Renosterveld, one of the most threatened habitats in the Cape Floral Kingdom.

Looking for a delicious, well-balanced Syrah that over-delivers in terms of quality for price? Look no further than DeMorgenzon DMZ Syrah. A consistently solid wine that retails for only about $15. DeMorgenzon also produces a Reserve Syrah and two red blends under their “Maestro” label. These wines come from younger vines than their Chenin Blanc and will only get better with time.

Floral, stone fruit, honey and toast aromas on the nose transition into luscious citrus, pear and caramel notes on the palate that are complemented by bright, crisp acidity. A beautifully balanced wine. Delicious now but will continue to evolve and gain complexity with some bottle aging.  A fantastic wine worth seeking out.

This rosé from DeMorgenzon’s value label, DMZ, checks all the boxes to be the perfect summer sipper – Fresh flavors of strawberries and cherries with a touch of floral notes and refreshing acidity. A total crowd-pleaser.

What to Know About Pox, the Ceremonial Liquor from Chiapas