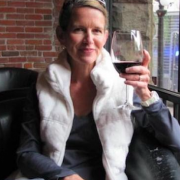 Chloi Chatzivariti: A young Greek winemaker forging her own path

The term “terroir” can be confusing. The word is related to “la terre” which translates to “earth” or “dirt” or “soil”—but what is its precise meaning?

In the years since, it seems that no one truly knows—or at least agrees. Of course, terroir can be defined broadly: a combination of climate, growing conditions, viticulture practices, winemaking traditions that make a wine unique to a region. But terroir’s most narrow definition is also worth exploring, what exactly does the dirt tell us about the wine?

The expert “dirt” on dirt

Can you really taste chalk in Champagne, limestone in Burgundy, or gravel in Bordeaux? The experts tell us that, to date, we have not been able to prove this connection. “While soil is undoubtedly the soul of wine,” Karen MacNeil observes, “there is no absolute correlation between certain soil types and specific wine flavors. (At least not that we yet know of.)”[i] Alice Feiring and Pascaline Lepeltier MS, whose book The Dirty Guide to Wine makes a compelling case for categorizing wine varieties by soil types, agree: “It is nearly impossible to link up specific soils to tastes.”[ii]

Yet, soil clearly plays a crucial role in how vines grow and how their grapes develop, which does affect a wine’s flavor. Both MacNeil, Feiring, and Lepeltier argue that soils influence tannins, sugars, and acids in grapes. MacNeil notes that soils that drain well yet retain water promote healthier vines—a delicate balance that hinges on particle size since large-particle soils drain well while small-particle soils excel at water retention.[iii] In The Dirty Guide to Wine, Feiring and Lepeltier lay out vivid examples in which the same grape grown in different soils, even in close proximity, exhibits an utterly different flavor profile.

Other authors confirm that soils are crucial to grape development and, by implication, flavor. Tom Stevenson notes that soil color and temperature are crucial: Dark soils retain heat surrounding the vine’s roots while light soils reflect sunlight upward and accelerate the grapes’ ripening when delayed by cold soils. Soils also hold varying degrees of nitrogen, potassium, and other minerals that are essential for vines to thrive. Finally, soils with a higher pH promote greater acidity in grapes.[iv]

Professor Alex Maltman, an earth sciences professor, is perhaps the most outspoken skeptic of a geology-flavor connection, arguing that most grape varieties can grow in multiple soil types. Moreover, when the rootstock ingests nutrients, any minerals that it takes in are from the soil’s organic matter (known as humus) or from fertilizer, not geological minerals from the rock or soil.[v] On this latter point, Feiring and Lepeltier agree, “There is no minerality in wine,” they write.[vi]

The weight given to soil as a determinant in flavor is what separates Maltman from Feiring and Lepeltier. Feiring and Lepeltier credit soil with influencing flavor through the delivery and quality of acid and tannins.[vii] Maltman, on the other hand, cautions against assigning individual soils too much weight as many rock types can perform the same beneficial effects for vines. Gravels in Bordeaux, granite soils in the northern Rhône, and chalk in Champagne, he notes, all provide decent drainage for vines while storing enough water for dry periods.[viii]

Emerging microbiology research, which involves sequencing a soil’s DNA, offers the potential to bridge these divergent views. John Dimos, of the ag-tech startup Biome Makers, explains that soil microbes serve to transfer nutrients to the vine. Even though the taste of minerality might not come directly from the soil, it might come from a yeast intermediary that lives there.

In an exciting development, researchers have found a link between signatures of yeast, bacteria in the soil, and specific grape varieties.[ix] These yeast and bacteria microbes, through their metabolic activity, generate up to half of the molecules involved in a wine’s smell and flavor. Dimos believes that if you know a vineyard’s microbiology, you may very well be able to predict a variety’s profile flavor.[x]

Responding to these new findings, Maltman acknowledges that a vineyard’s microbiology could become important for predicting flavor, especially since the microbiome contains the mold botrytis and the yeast Brettanomyces (“Brett”)—the former known for imparting sweetness, the latter for imbuing a funky, barnyard aroma. Nevertheless, discussing terroir based on microbiology, he argues, is a hard sell because the topic is highly technical, and, unlike rocks, a soil’s microbiome is invisible to the naked eye.[xi] Maltman has a valid point here: Can you imagine a sommelier waxing poetic about 4-Ethylphenol, a by-product of Brett?

To see for yourself if soil might influence a wine’s flavor, I suggest you try the following experiment and compare two Chardonnays—one produced from grapes grown in diatomaceous earth, the other from grapes cultivated in shale.

Diatomaceous earth (DE) is white, chalky, and abrasive. DE is a sedimentary rock that formed from the fossilized silica cell walls of diatoms, or single-cell aquatic algae. DE is nearly pure silica and, despite its white color, does not contain the calcium carbonate found in Champagne’s chalky soils. DE is used both to grow grapevines and to filter wine.

DE strikes a golden balance for vines. Its narrow pore spacing enables it to retain water and nutrients, while its honeycomb-like structure also serves as a highly porous matrix that abets drainage, preventing grapes from getting moldy or too vigorous.[xii] With its high pH, DE promotes acidity in grapes.

To see the influence of DE on flavor, sample the Sandhi Wine Santa Barbara County Chardonnay. It is sourced with grapes that grow in the Sta. Rita Hills appellation, where DE exists in a rare and pure state.

The Santa Cruz Mountain appellation has a similar climate to that of Sta. Rita Hills but features shale as its dominant soil, making for a viable comparison. Like DE, shale is a sedimentary rock, but it is dark and made from compressed mud and clay. It forms in horizontal, breakable sheets—a pivotal factor for oil and gas extraction that underpinned the US shale revolution.

While mostly known for its oil and gas properties rather than its grape-growing connection, shale has heat-retention properties that enable cool-climate wine production. Shale can absorb vast amounts of water and it drains quickly. Unlike DE, it has a low pH, and it exists more widely—popping up in the Finger Lakes, Tuscany, and Swartland wine regions.

To see how shale might impact flavor, try the Mount Eden Estate Chardonnay produced from grapes that grow in infertile Franciscan shale.

To truly determine if a positive association exists between soil and a wine’s flavor, you would have to do control for all possible intervening factors: vine age and density, viticulture practices, climate, slope, aspect, harvest date/vintage, fermentation, maturation, age and more. But it’s a fun experiment to do, and that’s also why we have statistics, to look for associations not necessarily causation.

While we cannot say that we can taste actual minerality in either the Sandhi or Mount Eden Chardonnay, we might predict that Sandhi has greater acidity due to the high pH in DE and that the Mount Eden might be fuller-bodied due to the heat-retention character of shale. Although it would be exceedingly difficult at this stage in our collective knowledge to assign soil a specific weight in the equation, clearly it can be a player in the game.

Approaching a true definition of terroir

Although the soil debate is unlikely to be resolved soon, most can agree on two points. First, the concept of minerality does not mean you can taste actual minerals in a wine; rather, you are tasting the suggestion of minerality through different qualities the soil brings forth, whether it is pronounced acidity, restrained alcohol, or something else. Second, soil might be only one component of terroir, but that does not diminish its significance. Dirt may soon well matter more than ever. As researchers learn more about soil by drilling down into its living microbes and DNA, they might validate once and for all that terroir—defined by a variety’s microbial footprint—is real. Conversely, we should at least ponder which qualities in wine we might lose if soil-free grape farming ever takes off. For now, when we hear or use descriptors such as minerality, flintiness, wet stone, petrol, or other any other geological descriptions, we should keep in mind that these are figurative rather than literal.

Knowing the soil in which the grapes were grown for the wine you’re drinking is a gentle reminder that we really are tied to the land. Surely, it is a far better recommendation to lay down our cell phones, dine together, and drink wine – pausing to reflect on the soil that nurtured the grapes in our glass to ripeness and the dedicated hearts and hands that guided them to fruition.