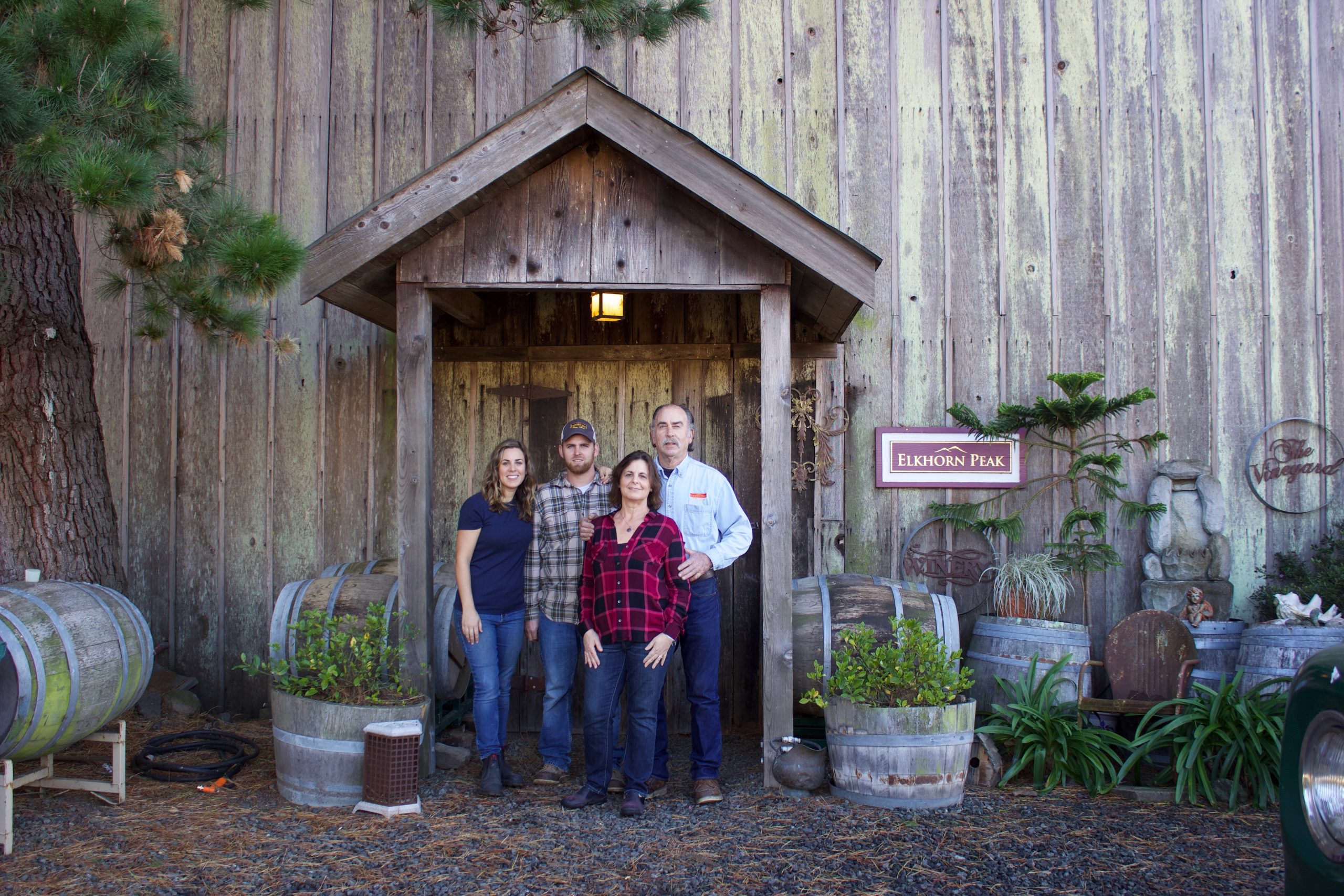 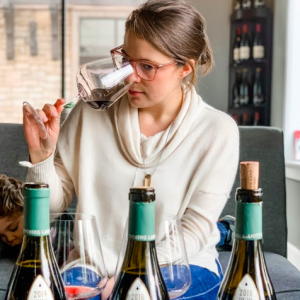 Once the lifeblood of Napa County, small family farms are being pushed out of business by regulations that favor large wineries.

Imagine you’re at a bucolic family vineyard in Napa Valley. The owner is guiding you down the rows on a sunny day, explaining each choice she made to help her father’s vines produce world-class grapes. Then when you ask to taste the wine, she abruptly walks you a quarter-mile off the property. She informs you that if you want to buy a bottle, you will need to do so on an iPad next to the main road.

Is that the hospitality you came to Napa for? The Napa County Board of Supervisors has suggested this approach to grape growers. And both consumers and small family farms are suffering for it.

To Elise Nerlove Rutchick, the second-generation owner of Elkhorn Peak Cellars, the idea of a roadside sale simply makes no business sense. “That is something that was literally suggested to us as a work around,” she says. “I don’t feel that that’s a legitimate way.”

When you think of Napa Valley, you may conjure images of grape growers who’ve cared for their vines for generations. But that is changing, as small family farms struggle to survive under a new era of stringent enforcement of the Wineries Definition Ordinance (WDO). This document, implemented in 1990, restricts direct-to-consumer activities, such as tastings, the sale of merchandise, and food sales for vineyards that are not wineries.

The result is that small family farms—many of which employ sensitive agricultural practices as the owners live on site—are being squeezed out of business for lack of consumer access. They can’t compete with the mega-wineries and the direct-to-consumer rules that favor them in Napa County. In response, a few hundred local farms, including Rutchick’s, have formed the group Save the Family Farms to highlight their predicament. They are advocating for a new permit that allows limited tastings at family vineyards.

While the WDO has been on the books for almost three decades, growers report that enforcement was lax until about five years ago. In this window between the WDO’s creation and its practical enforcement, many family farms flourished. These growers carried out tastings and shared the intimate experience of Napa Valley with visitors.

Bill Wolf, co-owner of Eagle Eye Wines and founder of Save the Family Farms states, “From 1990 for 20-plus-odd years, [Napa County] did not enforce the law. So many people who got in the business after that basically just weren’t aware of the law. They started doing tastings on their property…and they actually generated an income that supported their family.”

According to Save the Family Farms, it was around 2014 that Napa County increased efforts to crack down on wineries and grape growers who were not in full compliance with the WDO. David Morrison, Napa County’s Director of Planning, Building and Environmental Services, confirms that  “in response to growing public concern” the county expanded its enforcement efforts. “Over the past six years, the number of code compliance staff has increased from 3 to 8,” Morrison says. “Code compliance has gone from being a unit to its own separate division within PBES.”

With this expanded enforcement effort, many family vineyards, which on average make fewer than 1,000 cases of wine annually, found themselves to be victims of new sting operations. When undercover enforcement officers are served wine at unsanctioned tastings, the growers are in turn served with hefty fines. Rutchick says, “One of our members was recently fined $20,000…We are paranoid. We work under the threat of a sting operation everyday.”Agricultural business is highly seasonal, and large fines can impact these farms deeply. She explains, “$20,000 is hard for us to pay at any point in the year. It would probably mean that I don’t get a paycheck for a couple of months.”

Napa County maintains that small growers could avoid the pain of not being able to conduct tastings if they just applied to be wineries. Doing so would enable them to participate in direct-to-consumer activities, such as tastings. But this suggestion is no surprise: Wineries and the permits to build them are big business for Napa County. Obtaining a winery permit alone can cost between $200,000-$500,000 and take as long as five years. Even if one has the time and resources to obtain a permit—which few do—there is no certainty that the County will approve the building of the proposed winery itself. Constructing these facilities can cost as much as $5 million dollars.

For these small farms, building a winery is illogical from both a business and environmental standpoint. Wolf explains, “It doesn’t make sense that you would force me to rip out part of my vineyard to put in a septic system. To utilize more water resources. To utilize more energy resources. To pave over vineyards and make more run off into our creeks and streams.”

Indeed, vineyard land in this part of the country is precious. The WDO states, “Napa County is one of the smallest counties in California and within the county areas suitable for quality vineyards are limited and irreplaceable. Any project that directly or indirectly results in the removal of existing or potential vineyard land from use depletes the inventory of such land forever.”

Asking small farms to tear out vines to build winery facilities they do not want or need would appear contrary to the spirit of the ordinance. However, Napa County has yet to propose a solution for these small farms, many of which may wither on the vine for lack of access to consumers. Indeed, Save the Family Farms estimates that more than 200 such farms have either gone out of business or been sold to investors in the last decade.

In an effort to encourage responsible use, the group has suggested restrictions for the limited-tasting permit they are proposing. For example, all grapes would need to be 75% estate-grown, and all juice would need to be 100% from Napa Valley. Current regulations allow grandfathered wineries to use, “as little as 60% juice from Napa Valley,” Wolf says. Additionally, Save the Family Farms envisions that the permit would be available only to owner-occupied properties with responsible environmental practices in place.

The pathway for such a permit’s creation is unclear. Save the Family Farms maintains that a majority of the Napa County Board of Supervisors (three of the five representatives) would need to vote in order for the county’s Planning Director to start drafting the provision. Molly Rattigan, Deputy County Executive Officer for Napa County, indicated that the process is likely more complicated and may require a vote by the public due to Napa Valley Agricultural Preserve regulations, which extend through 2058.

Morrison further explained the County’s position, “Two voter initiatives (Measures J and P), the County’s General Plan, and over 30 years of land-use policy in the WDO all prohibit allowing wine tasting without a winery and on-site production….Staff has met with representatives of Save the Family Farms for more than a year to discuss regulatory options and will continue to do so.”

In an effort to move the process forward, Save the Family Farms has started a petition to draw attention to its cause and is collecting donations to fund the infrastructure of its campaign. The group hopes to raise awareness of this issue nationally and recruit support for the permit in the five districts of Napa County.

Locally, the movement for a limited-tasting policy for these farms has been controversial, receiving pushback from some wineries in the area that prefer less competition. It’s understandable; business in Napa is better than ever. In 2018, nearly 4 million tourists visited the area, generating an eye-popping $2.23 billion dollars of revenue. This represents an almost 16% increase over revenue and tourist activity in 2016. Additionally, a report by the County’s official tourism booster in May indicated that 97% of visitors to Napa stopped by a winery on their trip. They did this presumably to taste, an activity none of these small farms can legally engage in. Competition aside, current regulations already benefit larger moneyed interests coming into the Valley. When many of these small farms fail, they are often sold to out-of-town investors

Some large wineries with local roots agree that these farms hold unique value and history in area. Notably, Chuck Wagner of Caymus and Carissa and Michael Mondavi have publicly endorsed Save the Family Farms. At the same time, many small growers are reluctant to publicly identify with the cause for fear of retaliatory enforcement efforts during an already difficult time.

A provision that might allow small family vineyards to conduct limited tastings would prevent undue financial burden on these families and help preserve the history of Napa Valley. As these small farms are pushed out, it’s not just their individual legacy that is lost. Farmers say a unique kind of tasting experience in the Valley is being snuffed out.

Rutchick laments, “Now when I go wine tasting, I show up to a vineyard in Napa. The tasting fee is anywhere from $80-100. I’m met by a marketing person or a tasting room person who just sort of gives me this script, right?…Winery Owner X made millions of dollars in his successful career in fill-in-the-blank…and he was always a big wine fan. So he moved to Napa, bought this gorgeous plot of land, spared no expense.’” She sighs, “You sort of look at the vineyard from the terrace, and it’s just this air-conditioned experience. No real hands on.”

This is a far cry from the humble roots of Napa Valley wine tasting, and many farmers suggest that they offer a tasting experience closer to that Napa Valley’s birth. “Back in the ’70s and ’80s when you went to a vineyard to go wine tasting, you met the grower or the winemaker,” Rutchick explains, “These small family farms are offering essentially the legacy of what Napa used to be. When you come tasting at our farm, you’re going to taste with my dad who planted these vines. Or you’re going to taste with me, who is in the vineyard every day.”

Wolf echoed Rutchick’s sentiment, “When you come to my home and my vineyard, you sit on my patio…with my wife and I and talk about the wines for a couple hours. That experience is quickly going away, if it hasn’t already been eliminated in most cases.”

In many storied wine regions of the world, such as Bordeaux, vineyards will be in a family for six generations or more. Napa could potentially be like that, but without additional safeguards to protect these small family farms, the opportunity may be lost. “You will see the gradual takeover by corporate America, because we’ll sell out…There’s always someone waiting in line to buy you out for the right price,” Wolf says. “We are land rich and cash poor as small family farms.”

Indeed, for many of these farms, the generational nature of the business is a part of what makes this endeavor so personal. But cash flow is tight, and the need to get access to consumers is ever-present. “It’s very touching to see my nephew Noah riding through the vineyards with my father,” Rutchick says, “Noah is three years old, and he knows soil terminology and scientific plant terminology…If the Board of Supervisors understood that image, I think they’d be a lot more sympathetic to our cause.”

Whether Noah will tend his grandfather’s vines as a third-generation owner of Elkhorn Peak depends largely on the next few years. Without the ability to host tastings, the farm’s future is uncertain. That walk down to the main road is long, and farms like theirs close every year.