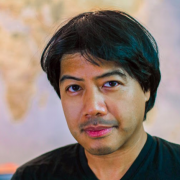 In the Languedoc-Roussillon region of southern France—colloquially known as just “Languedoc”—there are roughly 2,500 wineries with 223,000 hectares of vineyards, and many of them have jumped on the organic bandwagon. In fact, 31,134 hectares of Languedoc’s vineyards are organic—which is 33 percent of French vineyards, and 10 percent globally—and the trend continues to grow. France’s western Mediterranean coast has largely been associated with just mediocre table wine, but in recent years, many winemakers are looking to produce high-quality wines with “bio” or organic certifications, or certifications that come close.

“HVE is just a stage down from organic,” explains Marion Paux-Rosset of Château La Négly in Languedoc’s seaside commune of Fleury d’Aude. “The regulation is different with not as many restrictions as an organic regulation—but it’s a first step.” HVE (Haute Valeur Environnementale, translating to High Environmental Value) is a certification by the French Ministry of Agriculture in which biodiversity and improved water management are promoted but some pesticides are still permitted with limitations.

“The problem is that we are very, very close to the sea. So humidity is high, and leads to disease during August; it can be very complicated,” Paux-Rosset continues. “The problem is that we are growing late-maturing and late-peaking Mourvèdre grapes. So, the diseases will stay beyond August. For now, it’s complicated for us to go the organic way but, we are thinking in a few years, it will be possible. But we would need to change everything—the way we plant, the way we prune—everything. So it would take some time and money.”

Vila Voltaire is a newer winery in Cazouls-lès-Béziers founded by Stéphane Yerle with Cécile Garidou. They don’t have as much hectarage to manage as Paux-Rosset at Château La Négly—nor do they have to deal with sea-borne issues—so they have the capacity and can devote a large number of resources to being organic, especially since they have a new form of guidance in the prevention of agricultural ailments. There’s an app for that. Using small weather stations equipped with solar-powered connections to an integrated iPhone app (developed by agro-meteorological company Promété), Yerle is able to monitor humidity forecasts, and can act accordingly to prevent mildew and fungi from afar.

“When I’m away, I can plan my next spray, and when I come back in two days, I know I’ve got to spray against mildew and oidium.” With data collected from the stations’ sensors, along with numbers he enters manually, the app advises him on a schedule of treatment, while encouraging minimal use of copper in the preventative spray to prevent any copper toxicity.

Copper and sulphur have been the go-to natural elements to use in order to combat mildew in organic farming. However, not every winemaker is convinced that organic techniques are ideal, just like Françoise Antech-Gazeau of Antech in Limoux. “I try to always be reasonable—that’s why “reasonable agriculture makes sense to me.”

Her family’s wines are deemed “Terra-Vitis,” a certification established by a consortium of French winemakers that promotes socially responsible and sustainable agriculture. Some argue that the certification is fabricated or a mere greenwashing for profit—even if some Terra Vitis standards are higher than HVE. However, under Terra Vitis, some pesticides are still permitted but in “reasonable” amounts.

“It’s just as if you have kids; you want them to be healthy,” Antech-Gazeau continues. “So you ask them to eat vegetables and fruits, to have a scarf when it’s cold, but the day that they’re really in trouble, you allow them to use antibiotics. For me, it’s exactly the same philosophy in the vineyards; try to look for prevention. You try to work with nature, but if someday, a disease comes that is dangerous to the quality of your plants or your fruits, you interfere.”

Antech-Gazeau’s belief is to use the best practices for her family’s wines, and that includes some organic practices, for example, switching to organic fertilizer. “Of course, it’s more politically correct today to go organic, and it would be easier for us to sell the wine, but I’m not very comfortable with all that is organic,” she says, citing the overuse of copper. “The problem with organic is that copper and sulphur are the only two elements you can use as pesticide. As far as I understand, the copper does not disappear into the soil. It remains there forever. I’ve read that the copper can infiltrate rivers and fish, and that is not reasonable.”

Another obstacle for Languedoc winemakers, along with moisture-borne diseases, are the insects that threaten a vineyard, and in particular, caterpillars-turned-butterflies. Spraying plants with natural concoctions composed of oils, salt, pepper extracts, teas, and garlic have been go-to organic repellents, but there are newer techniques being put into practice.

Stéphane Yerle at Vila Voltaire buys little packets of Trichogramma eggs and hangs them off the branches in some of his plots. When hatched, the microscopic wasps parasitize eggs of over 200 species of moths and caterpillars, but don’t intrude on the plant life.

“The wasp is an insect used to keep away other insects that I don’t want,” Yerle explains, as he walks around one of his plots. “It’s a new device and it’s expensive, around 140 euros per hectare, but very useful. For some plots, it’s not necessary, but for the plot of very, very old, late-ripening Carignan [grapes] that I can’t spray, it’s very useful, because of the narrow window of time to do so.”

Another option is to prevent insect pests from even being born. “All the winemakers in the village practice sexual confusion,” explains Delphine Maymil, winemaker at Château Maylandie in Ferrals-les-Corbières. This “confusion” comes from treating the vineyard with smoke capsules full of pheromones, which bewilders crop-damaging moths.

“It confuses them,” adds Eric Virion, her winemaking partner. “The male can’t find the female to populate.”

While these practices displace the rhythm of the natural world, others are more aligned with it. The label “demeter” on a bottle of French wine deems that the wine has been produced biodynamically, a methodology in which planting and harvesting is done in accordance with lunar cycles. For Gérard Bertrand, one of Languedoc’s larger wine producers that encompasses fifteen estates, biodynamic viticulture has become a part of the brand’s identity.

“Biodynamics completely revolutionized the wines,” says Bertrand’s PR Manager Laura Coulon. “Biodynamic wines are more powerful, well-balanced, and can have stunning acidity. These wines truly tell where they come from.”

However, the process requires a staff of hundreds, especially since every plot is harvested by hand. “Biodynamics requires more labor, and available resources,” explains Coulon. “And what controls the interventions are the influences of the planetary calendar.”

Not every winery can employ a large staff for the sake of such a winemaking philosophy. “I am bio-organic. Not biodynamic. I have to work every day and not only with the moon and with the stars,” says Pascale Rivière of La Jasse Castel in Saint-Jean-de-Fos. “I don’t believe in the insane, just in my strengths.”

For her, viticulture also involves the relationship she has with her employees. “I employ two people in my domain, and I give them some work because they need to have money to live. If I use other people with the moon, I will take twenty people in one week. They will not cut well because I want people to cut as I want them to cut. When you take people for one week or two weeks, going just because of the moon, it’s very often they don’t know how to make the cutting—and when you see your vineyard after, you cry,” she jokes.

“If you have one hectare, it’s possible. If you have 12 hectares, it’s not possible. I would have to employ more people, but not full-time. And I prefer to have confidence with people whose livelihood is with this job, over temporary employees who have less at stake.”

Organic: The Next Generation

Despite Rivière’s personnel management-driven reluctance to biodynamics, she does produce organically, as older producers are trying to catch up.

“We were very happy with sustainable agriculture, but we have to follow what is happening now,” says Françoise Boyer of La Croix Belle in Puissalicon, who only started conversion to organic viticulture in August 2019.

Boyer’s reasons for jumping on the organic bandwagon aren’t profit-based. She has been producing wines with sustainability in mind ever since she and her husband got into the business in 1977. Going organic would only be beneficial future generations of winemakers, and to anyone who drinks wine. “We drink the wine we produce here, and we want to give the vineyards to our children,” Boyer says. “And a good vineyard.”

La Croix Belle, which plans on being fully organic in three years, may be a few steps behind on embracing wasp eggs or weather-monitoring apps, but the goal for Boyer, and many others in the Languedoc, remains the same: to produce the best wines possible, no matter what their viticulture beliefs may be.

(Some quotes have been altered for better readability, while still preserving their original ideas.)