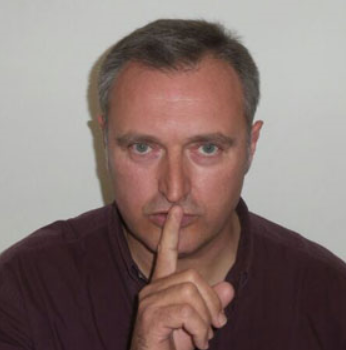 Sometimes you read about a particular winemaker and know instantly that you need to try their wine.

That’s exactly how I felt when I read about Ton Rimbau, winemaker and founder of Casa Rimbau based in the Penedes DO in Catalunya in North East Spain.

When you read about a winemaker who puts so much thought and consideration into every aspect of the winemaking process and combine that with a complete respect for nature, minimal intervention and some unique vineyard management techniques, you know that you need to take notice!

Based in the village of Vilobi, Ton Rimbau produces four wines under the brand Porcellanic; a natural sweet wine, a Xarel-lo, a Xarel-lo Sur Lie and a Xarelo-lo orange wine.  He also produces a sparkling number, all of which are made from the Xarel-lo grape (most commonly seen in Cava production).

The quality of grapes also needs to be right, which is why in some vintages the wines are not made at all.  If they do not reach the standards required, the wine is not produced. Simple!

For this reasons the wines are in demand and have gained high profile support.  Today, you can find his wines sold at many Michelin star restaurants around the world including El Celler de Can Roca in Catalunya, Noma in Denmark and Aqua in Germany.

There is so much to say about his wines, his winemaking philosophy and techniques so I’ll narrow this down to five things you need to know about Ton Rimbau:

He also leaves nothing to chance and does his upmost to avoid cross contamination from neighbouring vineyards using chemicals.  In order to block these products reaching his crops and affecting his wines Ton has plant two rows of grape plants around the perimeter of his land to act as a shield to protect his grapes. 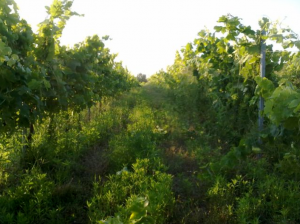 He also builds nests for bats to encourage them to nest and eat mosquitos and night butterflies that would otherwise damage the vines.  It’s estimated that between the spiders and bats they eliminate 95% of potential harmful insects. 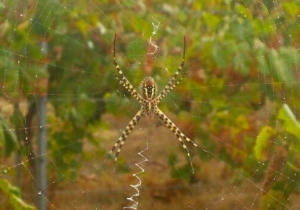 Let’s be honest…they look awesome too! 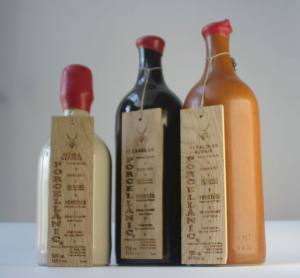 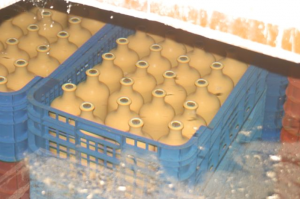 This is taken one step further as their website contains recommended drinking days for the year.  These days are seen as the optimum days to consume the wines to experience their truest expression.

If you have a bottle, check out the website to ensure you have the right day in 2018 to open your wine!

It is genuinely one of the most unique experiences you could find in wine.

Not only is Ton a pioneer, he is as humble as they come.  A passionate and welcoming man who was inviting me to his home to experience his vineyard and taste his wines after only a few email exchanges.

I will definitely be taking him up on his offer!