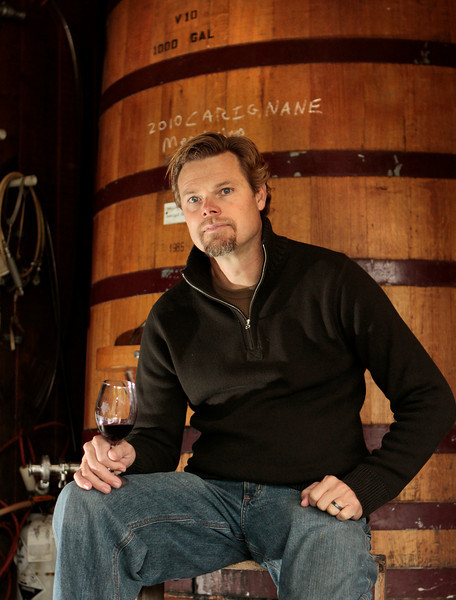 I’ve been to Porter Creek Vineyards. Twice. The first time was in 2010 at the recommendation of another local tasting room in the Russian River Valley. It was early in my wine journey, just as I was starting to turn the corner from overripe heavily winemaker influenced wines to a more minimalist and balanced European style. We simply loved the wines and had a wonderful tasting with Jonathan “JD” DeMichael, with whom we really seemed to connect.  JD is one of those guys that just exudes a positive energy…and we ended up feeling like we’d known each other for years.

In December of 2015, after planning my 40thbirthday visit to Sonoma and Napa for nearly 9 months, we arrived at the airport to find that our flight was cancelled. Due to some Midwest storms there were no alternatives from Pittsburgh for three days. I buttered up the woman at the counter, gave her the Sarris chocolates that were originally meant for Pittsburgh native winemaker Ehren Jordan during our visit to Failla (sorry Ehren), and begged her to keep looking for options.

Long story short, we ended up renting a van and driving 6 hours to New York to catch a flight the next morning. I wasn’t letting anything ruin this trip.

On the way, I tried desperately to reconfigure our plans, making sure not to miss the wineries that mattered most to me.  Porter Creek was a must. I managed to get in touch with Jonathan, who remarkably remembered us from our 2010 visit.

He offered to stay open late but remembered he had a restaurant delivery to make. He offered to give us the first tasting the next morning at 10:00 but we already had an appointment up the street. He was as eager as us to make sure we didn’t miss our visit. So much so that on New Year’s Eve he awoke early on that cold December morning, rode his motorcycle to the winery, and opened exclusively for us to do a 9:00 am tasting.

During our visit owner and winemaker Alex Davis, on vacation at the time, texted Jonathan to ensure we had made it. We sent him a selfie and went on to have another great visit with Jonathan on that cold foggy morning.

Porter Creek Vineyards on Westside Road was planted to Pinot Noir vines in 1973, 10 years before the Russian River Valley in which it’s located would be designated as an American Viticultural Area (AVA). In 1978, George Davis purchased the property and inherited vines that had hardly been watered, were in poor condition, and just barely hanging on. He improved the vines with better farming, cultivated some additional acreage, and sold his fruit to other visionary winemakers who were dedicated to the future of Russian River Pinot Noir (legends such as Davis Bynum). Quickly recognizing that winemaking might be more lucrative than grape selling, George taught himself how to make wine and managed to form a bonded winery in 1982. He remained focused on Pinot Noir but was mandated by the banks who loaned him money for the winery to plant Chardonnay as well to offset their perceived risk in Pinot Noir taking off in this part of the world. Hard to imagine these days where the Russian River Valley is synonymous with arguably some of the best Pinot Noir in the world.

Changing of the Guard

In 1997, son Alex Davis convinced his father to let him take over the winemaking duties after serving his entire childhood as what he affectionally calls “Dad’s Chief Gopher”, learning to drive a tractor before he hit double digits in age. Up to his point, Alex had learned so much about farming in fact that while in high school he was crowned state champion in a vine pruning competition conducted by the Future Farmers Association of America, beating out 66 other competitors. Perhaps inspired by his high school viticulture teacher’s semesters off to work the harvest in Bordeaux, Alex set out to work several harvests in Burgundy and the northern Rhône valley in France after graduating with an oenology degree from Fresno State. Working with legends such as Christophe Roumier and Bernard Michelot in Burgundy, and Marcel Guigal in the Rhône, Alex basically “unlearned” what was taught in college, and was mentored that great wine came from two places…“du sol, et du coeur” (from the soil, and from the heart).

This set the stage for Alex’s belief in great wines being made in the vineyard, with a winemaker’s job being to simply express what the land is trying to say through the vines. While he is clear not to shun technology, science, and modern technology to handle the grapes as gently as possible, he prefers to keep his tools in his toolbelt unless needed and relies more on his own instincts and tastes than what modern instruments may tell him. In California, where grape growersand wine makersare often two separate entities, Alex Davis has embraced the French vigneronmodel, which translates to wine grower. Here, the work in the vineyard is directly linked to the resulting wine.

If you ask Alex what sets Porter Creek apart, he quickly points to this model and his attention to detail in the vineyards with minimal watering, managing low yields, taking care of the soil, and manually sorting in the vineyard during harvest. When it comes time for winemaking, he relies on his eyes and taste buds to make decisions more than numbers and charts.  “In California” he says, “winemaking is often science and business first.  In France, they believe in making wine that expresses the vineyard and vintage first…do it right, and consumers will come”. When asked what he would be doing if he weren’t a winemaker, Alex responds without hesitation “farming something else then”. The beauty in his bottles is in direct correlation with the old vines he farms, the certified biodynamic methods he uses, and a minimalist winemaking approach learned from the French.

With an annual production of between 3,000 – 5,000 cases, there is a clear focus on Pinot Noir. Alex feels this varietal is “the most reflective of the terroir, allowing tasters to truly see the intentions of the winemaker”. While Alex admitted Burgundy was overall a cooler climate than Russian River, what he did point out is that this area of California is consistently warm during the day and cool during the night with the fog patterns that dominate the growing season. Certainly, Burgundy is colder overall, but Alex remembered that continental climate from when we studied there and told me that “when you get a heat wave in Burgundy, there’s nothing to clear it out, it stays hot for days (and at night)”.

Aside from the consistently delicious four distinct estate PinotNoirbottlings (Estate RRV, Fiona Hill Vineyard, Winegrowers Reserve [there’s that winegrower word again!] and Hillside Vineyard) and his George’s Hill Chardonnay, what I love about Porter Creek the most is the mix of varietals Alex is making from these cool climate California sites.

His French influences show through with Burgundian styled Pinot Noir and Chardonnay of course, but also in his interpretation of Syrah from cool climate hillside Timbervine Ranch just up the road. I’ve been drinking this wine for several vintages and remain amazed by the nuance and precision of bacon, smoked meat, black olive, dark fruits, and black pepper notes he is able to coax out, surprisingly without any whole cluster inclusion. Alex told me the grapes grown on this hillside have plenty of tannic structure, there is no need for anything more. Like the great vineyards of Côte-Rôtie, the hillsides are steep and rugged, with a rockier soil. Of the roughly 160 acres on this site, only 10 are under vine due to the extremity of the landscape.

He also makes a lovely Viognier, historically from Timbervine Ranch as well, but as of 2015 now all estate fruit from what they have dubbed the Hayley-Marie vineyard. It is full bodied, rich and oily, with exceptional purity of floral, pear and nutty almond notes. It is a tremendous expression of this varietal in California and a wonderful alternative for Chardonnay drinkers who want weight in their white wines, but with far more nuanced aromatics, freshness of flavors, and versatility at the table.

Another favorite is Carignane, a late ripening but high yielding grape that does best if the vines are old, crop levels are low, and the growing season long. Alex struck gold nearly 20 years ago when he fell into an old vine (60+ year old vines) Carignane vineyard in the warmer Ukiah region of Mendocino county.  The owner offered him the fruit on a sliding scale…$500 a ton if he hated it, $800 a ton if he loved it.  This set the stage for his first Carignane in 1999, and while he is now sourcing fruit from another, even older vineyard in this area (vine age 75+ years), the results are equally impressive. It is one of the best expressions of this grape I’ve ever tasted.  Concentrated raspberry, black pepper and baking spice notes, medium bodied with soft tannins and excellent minerality. It is insanely drinkable.

Of course, being in Sonoma you must do a Zinfandel, and Porter Creek’s version is consistent with their other wines. No overly sappy, jammy fruit bomb here. It is nuanced, fresh and focused, with excellent purity of fruit and acidity that make it stand apart from the crowd. I recently drank a 2013, 5 years from vintage date, and can tell you that this wine also holds up well with some bottle age.  Imagine fresh brambly fruit notes with the structure, elegance, and minerality of a Burgundy. Vineyard sources for this bottle are in Russian River from 25 year old vines, and some other purchased fruit from 40 year old vines in Dry Creek. As such, the bottle carries a Sonoma County designation. A Californian Zinfandel at a mere 13.8% alcohol. It is worth seeking out.

I asked Alex directly if there were any future plans for Porter Creek? New vineyard sources? New varietals to experiment with? The answer was clear. The focus will continue to be on the farming and winemaking style that have gotten Porter Creek where they are today. They will continue to hold their course, not adapt their style to chase wine critic reviews, and not look to dilute the focus they have on their current portfolio of varietals.

If you are a lover of Burgundian style Pinot Noir or Chardonnay, you simply must seek out Porter Creek’s versions. If you are a fan of balanced European style wines in general, I encourage you to seek out any of their bottlings. If you find yourself in Sonoma, this is a must stop to experience the true hospitality and sensible winemaking that I feel deserve to be rewarded with your attention. In what Alex admitted was a crowded and difficult wine market for a vigneron of his size, he cited the loyalty of his long-time members and select distributors as what keeps him going. I consider myself fortunate to be one of them. I hope one day you will be too.