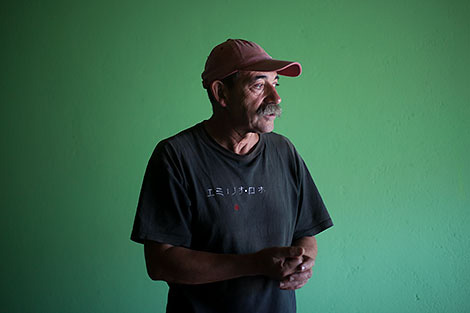 Wine Culture – My Views Have Matured Like a Fine Wine

When I look back at some of my favourite wines I realise that most of the winemakers producing them have qualities or sometimes accusations of being unconventional, against the grain or eccentric.  This may be plain coincidence but I can’t help feeling that this aspect of their character is reflected in the wines they produce.

Emilio set up Bodegas Emilio Rojo back in 1987 after a career as an engineer.  Based in the Ribeiro region of Galicia his move back to his native land involved the restoration of two hectares of ancient terraced hillside vineyards and a commitment to organic farming.  After the outbreak of phylloxera many indigenous Galician varieties were replaced by Palomino including those in what would ultimately become Emilio’s vineyard.  These were almost immediately replaced throughout 1987 and 1988 by local varieties Treixadura, Loureira, Albariño, Lado, Torrontés and Godello.

In today’s terms the project is tiny but the fact that time and effort was spent restoring indigenous varieties and historical winemaking practices shows a commitment to the traditions of the region.

Emilio produces one wine and it is one of the most singular white wines in Spain.

Singular is probably the best description of his wine, they are defined as; “Individual, different and extraordinary.  Wines with their own identity that shows us the personality of the most special plots where the distinctive feature of each vintage is the key.  These are terroir wines”

This is the main reason his wine sells out year on year, often before it is released to market.

But producing an extraordinary wine with a unique personality that reflects the land is not easy.  That is why Emilio’s wine demands a price three times his peers within the appellation.  The craft and attention to detail necessary is reflected in the final wine and generates this cult following and demand for the wine.

If you’ve seen the film “Vicky Cristina Barcelona” you may have already seen his wine, its Woody Allen’s favorite.

The terraced vineyards are planted on ancient rural lands close to the town of Leiro.  It is a hot and sunny region and the east facing slopes protect the grapes from the intensity of the soaring sunshine.  This allows a slower ripening and ensures that complexity builds in the grapes and acidity is retained.

The vines are also planted mid slope to protect from ground frost at the bottom of the slope and excessive wind at the top.

The yields are also considerably lower than elsewhere in Ribeiro through the process of green harvesting.  Emilio ensures that only 5 or 6 bunches are grown within each vine to fully maximise the concentration.  There is a clear emphasis on quality over quantity.

The soil is known in Galicia as ‘sabrego’ and consists of granite, sand and gravel and contributes to the minerality of the wine.

Fermented in stainless steel and aged on the lees in the same tank.

The final wine is a blend of Treixadura, Loureira, Albariño, Lado and Torrontés with Treixadura taking the majority of the blend at around 55-65% depending on the vintage.

His wine is most commonly described as ethereal and it is hard to disagree.

The blend brings a number of layers and complexity to the wine that is hard to appreciate unless you have tasted it.

The palate is elegant, structured and rich, almost Burgundian giving it a decadent feel.  The taste brings a strong mineral feel combined with ripe citrus fruit and well balanced acidity.  It combines Asian pear, lemon peel and apricot with chamomile and honeysuckle.

This wine is notoriously difficult to find but it is certainly worth the hunt!