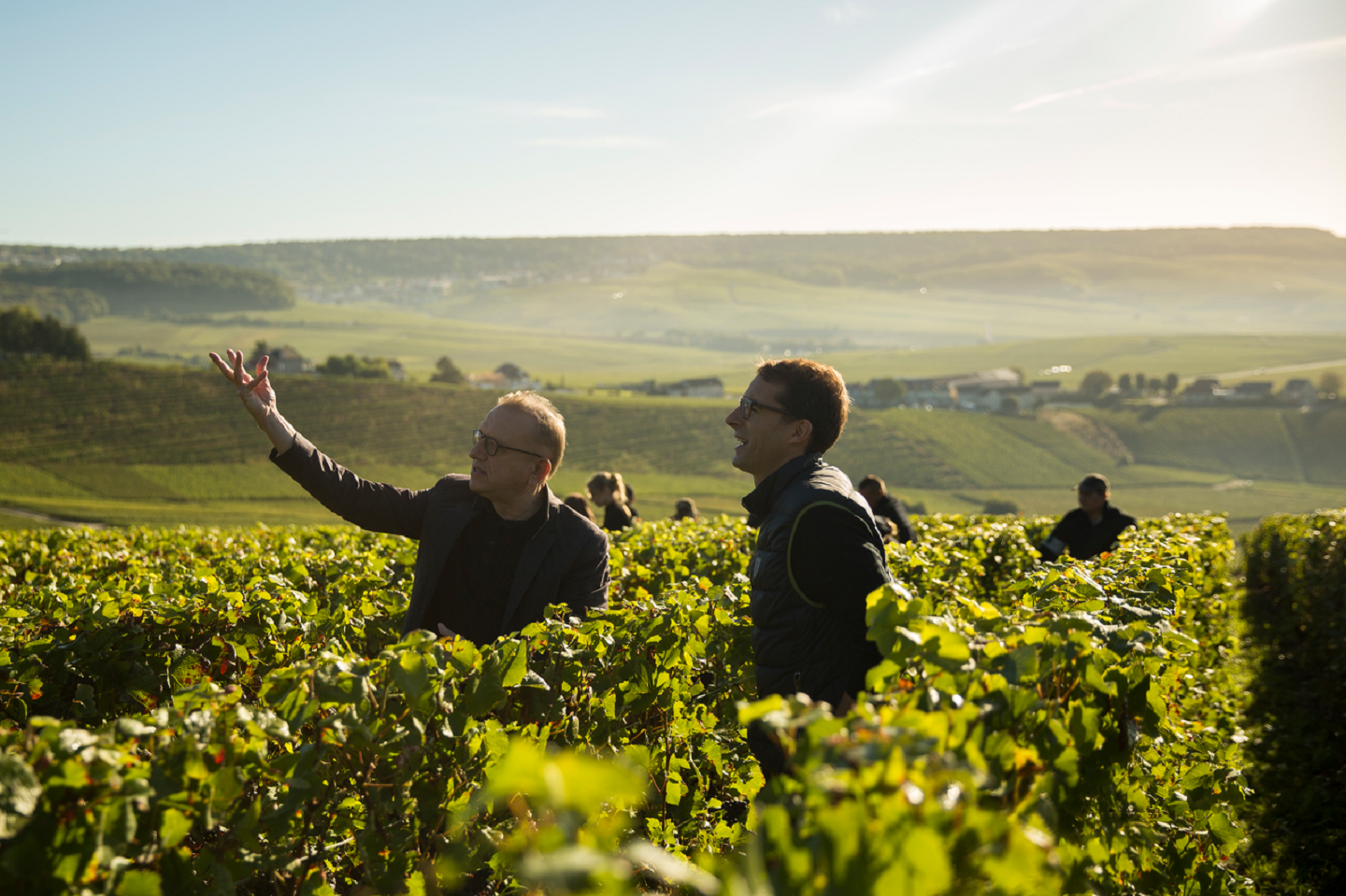 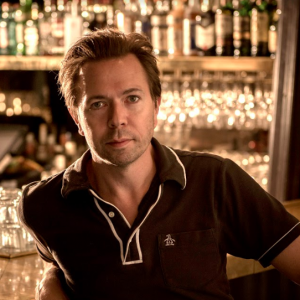 My first ever meeting with Richard Geoffroy starts off pretty bad.

I’ve travelled to the village of Hautvillers, on the hills above Épernay in Champagne, where I’ve been led into this beautiful, big, tasting room in what used to be the monastery where the actual monk Dom Pérignon himself had his headquarters back in the days.

On the long wooden table in the middle of the room there are two sets of glasses set up, one on each side. I take seat at one of them, with my back to the window, and start pulling out my computer and note book.

Then the door opens: Richard Geoffroy enters and stops in his step, arms crossed and serious eyes behind the glasses, piercing right through me.

But then he bursts out in a falsetto like giggling laughter (he does that a lot) and a big smile as he approaches to give me a warm and firm hand shake.

Richard Geoffroy is nothing less than a Champagne icon. A wine super star and pioneer that since 1990 has been the cellar master, “chef du cave”, for renowned Dom Pérignon. He’s also by many considered to be the brand’s very incarnation.

Recently he announced his retirement in 2019, when he will hand over the crown to his successor, Vincent Chaperon.

“To be a winemaker is not a job, it’s a life. It just never ends, which is just how I’ve wanted it. And my strength as a wine maker is that I’ve never been afraid to stick my neck out, or to provoke and take risks. Sometimes that’s necessary if you want to make exceptional wines”, Geoffroy says.

Born into a Champagne family, the young Richard didn’t want to follow in the footsteps of the family tradition, so instead of wine he started off a career in medicine.

“I actually didn’t even drink wine until I was around 18 years old”, he recalls.

“I moved away from Champagne, took a doctor’s degree in medicine and planned my future in that business. But then suddenly I was drawn back to Champagne somehow, like some sort of gravity. You know, you can take the boy out of Champagne, but never Champagne out of the boy”.

One of Geoffroy’s major legacies as a winemaker is his exploration of lees ageing. He is the creator of Dom Pérignon’s famous “Plénitude” concept, which involves disgorging and releasing the wine during several different stages of development.

“The idea of plénitudes is all about energy, vibrancy and precision. When the yeast dies the energy moves from the yeast to the wine. People think maturation is all about weight, but our wines is not about that. It’s about building energy in the wines”, he says, and continues:

Looking back at his long career as a captain for Dom Pérignon and the many vintages he’s been through, he really holds the more difficult vintages highest.

“Like 2006, that was a vintage that kept me awake during the nights, we really had to struggle with that one. But today that’s also one of my favourites, it’s got complexity, precision and harmony, and at the same time it’s a bit cocky and saucy in a way.”

Nope, a smooth ride has never been Geoffroy’s cup of tea.

“A year with perfect conditions everyone can make a great wine. It’s the tough years that really shows your skills as a wine maker. The challenge is not to get lost, there are so many options in this game”.

28 years as chef du cave, and now an era is coming to an end. But whatever happens next, we can be confident that we will see Richard Geoffroy’s name again.

“I believe in successive lives, not only when it comes to wine but also in life. I’ve had one life in medicine, one in Champagne. Who knows what will be next”.