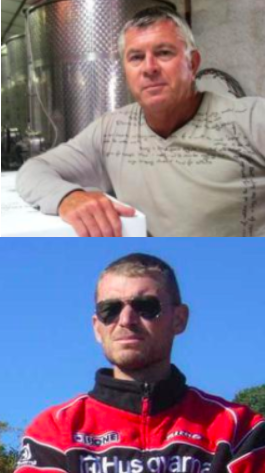 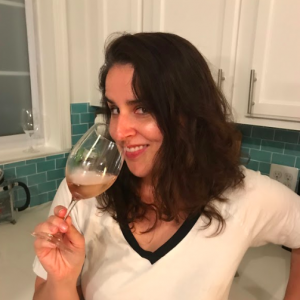 The stories of winemakers in a traditional wine region all start to run together after awhile. Especially in Burgundy, a region whose land is just bonkers expensive, most people only get their mitts on vineyard land by inheriting it, marrying it, or being an extremely wealthy Chinese businessman. So, there’s a lot of, Francois married Elodie and inherited a small plot of 1er Cru south facing slope land in the heart of Puligny-Montrachet. Have a gougere.

The story of Jean-Michel Guillon of Domaine Guillon et Fils is a little different. He arrived in Gevrey-Chambertin, the Park Avenue of red Burgundy country, in 1980 with very few connections or resources. Now the estate he runs with his son Alexis has holdings in more than 20 appellations, including Grand Cru sites like Mazis-Chambertin and Vougeot.

I always describe Jean-Michel as being like The Most Interesting Man in the World from the Dos Equis commercials, except French. He is the biggest buyer of new French oak in Burgundy after Domaine Romanée-Conti and the Hospices de Beaune. His son Alexis, who has now taken over the day to day operations of the winery, allowing Jean Michel to spend more time in the vineyards, races various large, intimidating-looking vehicles in the deserts of North Africa in what I would imagine to be his very little spare time.

Tall, with silver hair and quietly luxurious-looking clothes, Jean-Michel Guillon is the kind of person for whom the word gravitas was invented. Everything done at the domaine is of the absolute highest quality version of whatever that thing is. He and his son work their vineyards themselves, putting in a ton of time during August, when most winemakers go on vacation. In tough vintages, that can be the difference between great and just OK.

And speaking of tough vintages, if you’re a Burgundy lover, these are tough times. The tiny, prized region has been battered by a series of disastrous vintages, its delicate Pinot Noir and Chardonnay grapes attacked by hailstorms, frost and mildew. In a region where vintages were variable to begin with, this makes the wines even tougher to sell in a shop or restaurant. Hey, this is way more expensive than last year, and thinner and more tart, too! Enjoy!

At Domaine Guillon they’ve had to raise prices just like everyone else, but they are still very reasonable considering the quality of the fruit and amount of handwork, not to mention high quality new oak, that goes into the wines. Jancis Robinson once declared his Grand Cru Vougeot the best value in Vougeot when she compared her scores to prices.

Alexis and John Michel use a level of new oak on their wines that many more traditional producers in Burgundy would think was ridiculous. And as someone who normally poo-poos wines that are “too oaky,” these are the kinds of wines that make me sound like an idiot. When you do an incredible amount of work in the vineyard and harvest perfectly ripe fruit, and you use the best new French oak money can buy, you don’t get wines that smell and taste oaky, you get wines that smell and taste expensive: silky, ripe, with that whiff of powdery vanilla that makes you go “ooh.”

Domaine Guillon’s wines are impressive from the entry-level Les Graviers Bourgogne Rouge all the way on up to the Grand Cru Mazis-Chambertin. And while they show differences that reflect where they’re grown (Fixin is a bit lighter and higher toned, while the Gevrey-Chambertin Vieilles Vignes shows those classic blood and iron notes), the house style is very consistent, making it easier to take the plunge on a more expensive cuvée even if you’ve only tried, say, the Bourgogne Rouge.

If you like the idea of Burgundy, but find that the wines don’t live up to the hype and the price tag, the wines of Domaine Guillon et Fils are worth seeking out.