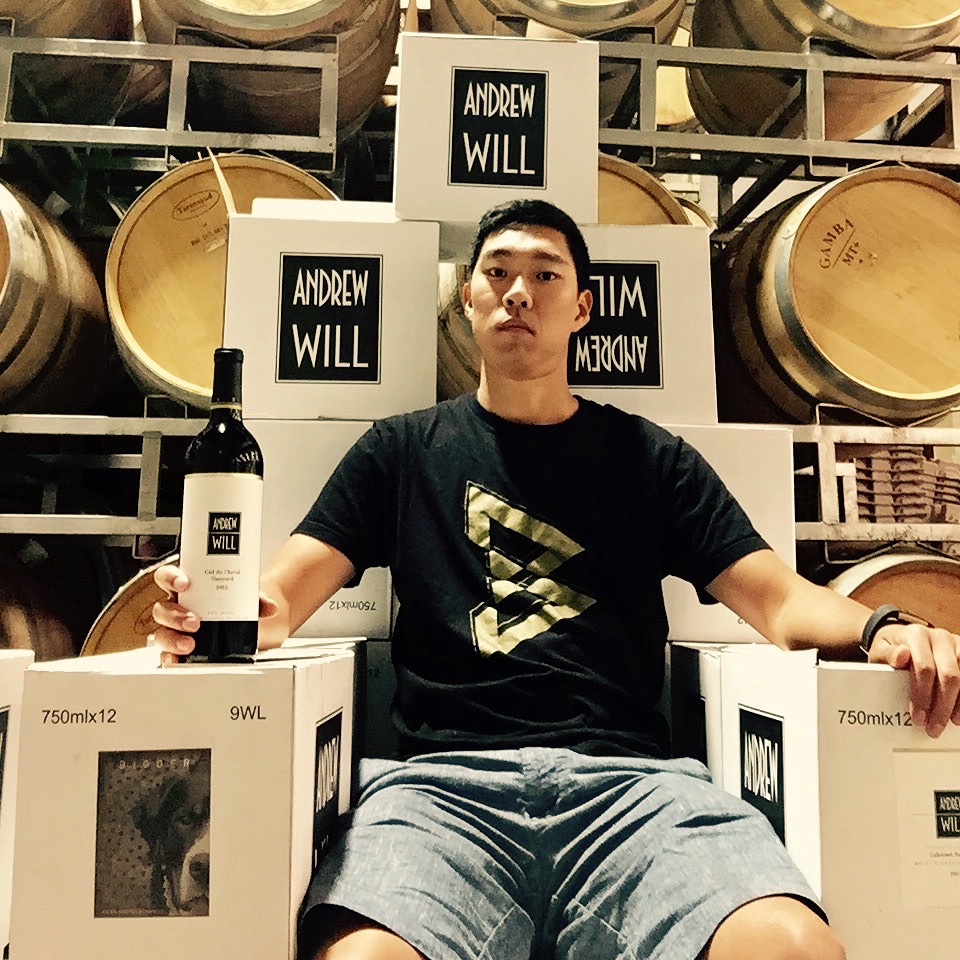 Fred Gounan – A Rebel With A Cause

Meet the next generation of Washington State wine: Will Camarda, co-winemaker at Andrew Will Winery in Vashon, Washington.

For the past five years, Will has been working alongside his father, the iconic Washington State winemaker, Chris Camarda. Chris launched Andrew Will Winery (named after Will and Chris’ nephew, Andrew) with his inaugural 1989 vintage and for nearly three decades has been producing some of Washington’s most respected terroir-driven wines.

Will formally assumed the role of Co-Winemaker in 2016 and is responsible for coordinating harvest and handling most of the day to day activities at the winery. In addition to producing wines under his own label, Esploso, Will also works alongside his father to produce the final blends for their flagship wines.

I had the pleasure of interviewing Will to learn a little bit more about what it was like growing up at the winery, his journey into winemaking and his ideas for the future of Andrew Will. 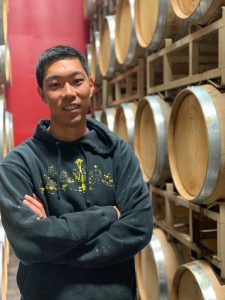 TVP: You were 2 years old when your father launched Andrew Will, what was it like growing up around the winery?

Will: My first memories involve me hanging out at the winery when Andrew Will was still in Seattle. I remember this fondly because I would get rewarded with playing games at the arcade across the street for behaving while my dad finished his work. As I got older I started helping with bottling, nightly punch downs, and cleaning. It was a unique experience since there was always something going on around the winery (tastings, cellar work, etc).

TVP: Did you always know you would eventually get involved in the family business? And if not, what was it that drew you back to Vashon to make wine?

Will: Even though I had spent a lot of time around the winery and enjoyed it, it wasn’t initially my dream to follow my dad’s footsteps growing up. I wanted to be an architect when I was growing up and had planned on going to college to study architecture.  Things changed though, and I ended up getting a degree in Geology (mostly because I like science and being outdoors). After college, I spent a couple years working as a geologist at an Environmental firm in Seattle, and around 2013 I came back to the winery to help with a bottling event coincidental with Andrew Will’s previous assistant winemaker’s departure and it clicked that this was something I wanted to pursue long term. Since I have started working full time at the winery, it has been a non-stop learning experience. I really enjoy working with my dad and I have really gained an appreciation of getting the opportunity to continue the legacy of Andrew Will Winery. Fully immersing myself into the winery really exposed me to how there is an endless supply of knowledge associated with the making, selling and drinking of wine.

TVP: What would you say is the most challenging aspect of running a small family-run winery?

Will: The most challenging aspect of running a small family-run winery is the sales and marketing component. We sell our wine in over 40 states and over 5 countries, this alone requires a tremendous amount of time for day to day communication and travel. Balancing that with our own self-distribution in Western WA, our direct sales, winemaking and marketing, it can be tough finding enough hours in the day.

TVP: Tell us a bit about Esploso and what motivated you to produce your first solo effort?

Will: Right away I wanted to create my own wine so I could learn more about blending and winemaking. It has encouraged me to learn as much as I can from other winemakers as well as my dad. I truly respect the style of wine my dad has been making, and want to continue in his footsteps to keep making a product that consistently shows balance, freshness and restraint. That being said, I do have my own palate and Esploso gives me an outlet to explore new varietals, and winemaking techniques. In regards to the name and label, the label is an architectural drawing I did in college of a stapler – Esploso means an “exploded-view drawing”

TVP: Should we expect to see more solo efforts from you in the near future?

Will: As of now my focus is continuing to work on the Andrew Will lineup of wines, but I have been making small lot wines for our Wine Club using varietals such as Tempranillo, Grenache, Syrah, and Chardonnay. I also have a heavy hand in the creation of a new project under the name of “Involuntary Commitment”, a value driven red blend.

TVP: Name one or two other young winemakers (either in Washington or beyond) whose work you admire?

Will: In Washington, I am intrigued by Andrew Januick (2nd-generation winemaker for Novelty Hill-Januik) and his own Stone Cairn Label. I can’t claim to know how much winemaking she is involved with, but I respect Saskia de Rothschild of Chateau Lafite and her momentous task of leading such an important first-growth Bordeaux estate.

TVP: What is your vision for the future of Andrew Will?

Will: As of now I want to continue to create wines of the same caliber of my dad, while improving techniques found both in the winery and in the vineyards. I am excited that our second label Involuntary Commitment is off to such a great start in its inaugural vintage. I want to continue to make wines of high-quality that can be accessed by new generations of wine drinkers who want to explore Washington State wines.