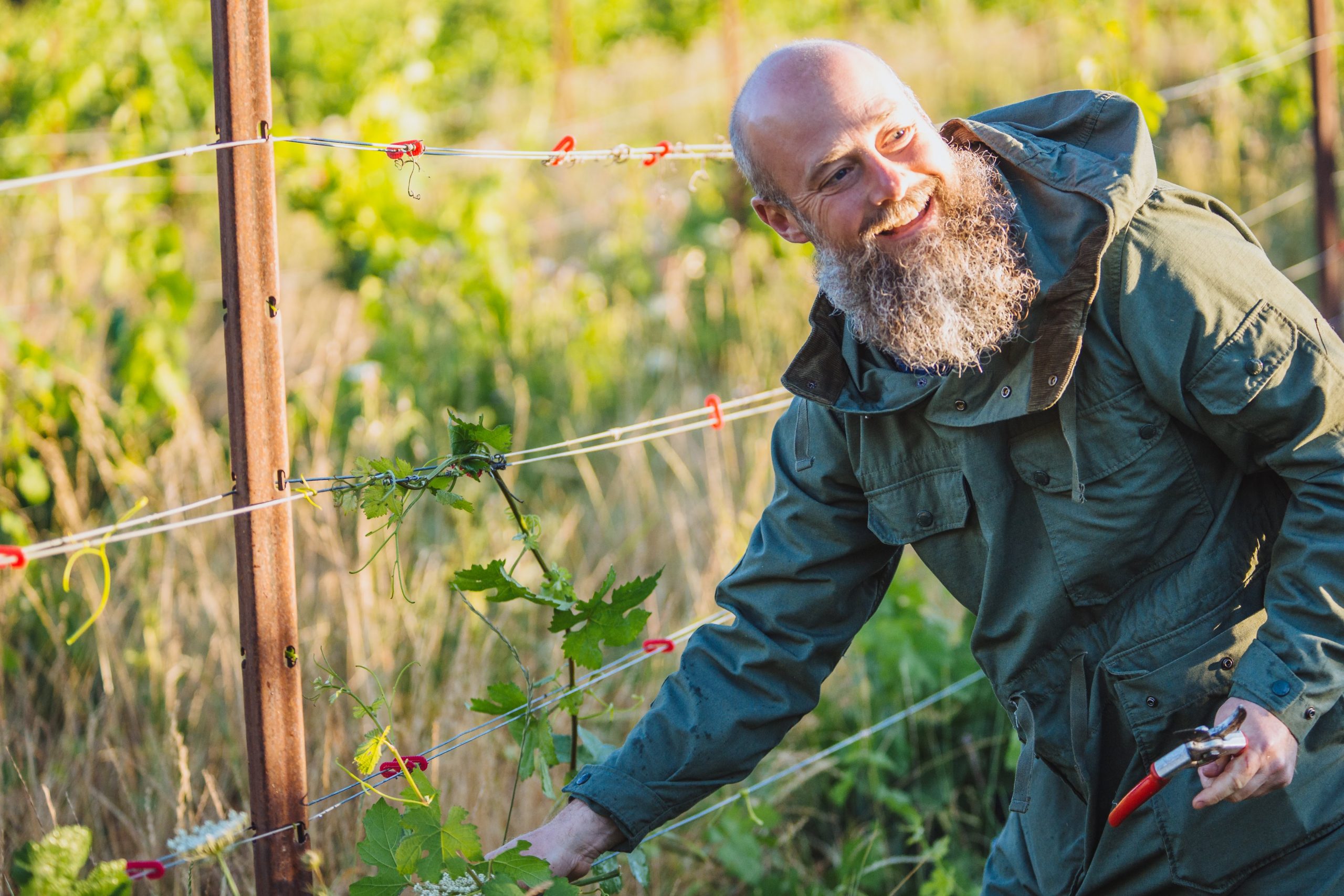 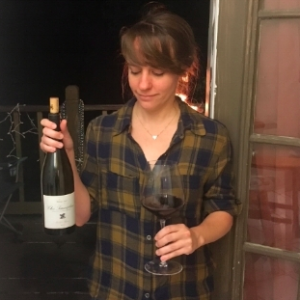 The Best Wine Club for You – Part 1

In an idyllic enclave in Oregon’s Hood River Valley is a farm that would fit in quite well with others of its kind hundreds of years ago in France. Now, its revival of a bygone format is turning people on to a new, innovative way of growing food and wine that’s actually pulled from way back in the day. This kind of vintage farming environment combined with some real winemaking wizardry being conducted in the fields conjures images of The Shire—not just because of the proprietor’s Gandalfian beard.

It all started in 2010 when this man, Nate Ready, and his partner China Tresemer set out to find a place where they could live, work and develop the kind of lifestyle they wanted. They were searching for a place that was beautiful and relaxing where they could put down roots – literally – and build something unique of their own. They found it on a seven acre plot of land where they would plant grape vineyards, gardens and raise animals surrounded by forest about 22 miles from the summit of Mt. Hood.

They founded Hiyu Wine Farm where their combined talents in winemaking, farming, culinary and visual arts create an integrated environment and experience. With Nate’s background as a Master Sommelier and China’s various skills in art, gardening and cooking, they joined forces on a unified front of growing wine and food and serving both together at their tasting room. Now the property has expanded to nearly 30 acres after they purchased 20 acres of land from their neighbors in 2015.

Along with their chef Jason Barwikowski, they use what they grow in their gardens to create beautiful dishes for daily tastings and nightly dinners by reservation, so it’s as farm to table as it gets. They rely on their farming environment to define the texture and flavor of their food, prepared in a simple way to let its intrinsic complexity shine. It’s a special thing to have wine and food grown and made in the same place naturally paired together, which speaks to the whole concept of Hiyu Wine Farm.

While the wines they make are gorgeous, including the labels which China hand paints herself, it wasn’t winemaking in particular that was the main priority or motivation to establish Hiyu Wine Farm. They were drawn to the Hood River Valley and the larger Columbia River Gorge region because of its abundant natural beauty and peaceful environment. “It pretty much had nothing to do with wine. We knew there were wineries around and we could probably ripen grapes and make something great but we just really liked the place and how it felt,” said Nate.

Nate and China’s vision for their project was cultivated by creating an immersive lifestyle around it. The inspiration for Hiyu was “to have a small working farm and to have this old fashioned mixed farm environment”, said Nate. He cites pre-Industrial Revolution Cote Rotie as an example. “You would never have vines edge to edge. You would have some apricot trees, have some cows, make some cheese, and maybe you’d make a little wine on the side.” So that’s what they’ve built – this multi-purpose permaculture farm with pigs, cows, chickens, ducks, goats, gardens and grape vineyards all benefiting from and influencing each other.

While the wines are arguably not the stars of the show at Hiyu, they are certainly not an afterthought. With this old school farming mentality predating the mechanization and modernization of winemaking, they are made in a very deliberate yet natural way to produce wines that are ethereal and probably like nothing you’ve ever had before. In keeping with the Hiyu mission of ecological diversity, they are driven by field blends that represent all the flavors, aromas and textures developed from the different grapes and how they’re grown. The 80 some odd grape varietals they’ve planted will fluctuate from vine to vine, intermingled throughout the vineyards, even with some vines grafted with multiple grape species to experiment with creating mutations. During the growing season, there’s no mowing or tilling and they only cut the vines once at pruning.

This natural process is consistent once the grapes reach the cellar where nothing is added except for a tiny amount of sulfur at bottling and there’s no sorting to avoid damaging clusters. Because of this, there’s lots of whole cluster fermentation and cofermenting of the different grape varietals used for field blends. For cleaning, they just use water because as Nate says, “We want to encourage a diverse microbial environment in the winery just like we’re encouraging it out in the field and you end up having more complex wines because there’s more life contributing to them.” What results is wine that feels more like a potion with a cloudiness, viscosity, crispness, aromatics and divine flavors that are too magical and delicious for there not to be some witchcraft going on.

To the average wine consumer and even some wine professionals, the first and perhaps only Oregon wine region that comes to mind is the Willamette Valley, where world-class pinot noir, pinot gris and chardonnay have been made since the early pioneers planted the first vineyards there in the 1960s. But Hiyu is part of the emergence of one of the next big U.S. wine regions: the Columbia River Gorge. Established as an AVA in 2004, the Gorge is a 40 mile stretch across Oregon and Washington on either side of the Columbia River that cuts through the Cascade Mountain Range.

“The Gorge is really special and mostly because it, I’m reasonably sure, is the most ecologically diverse wine region in the world,” said Nate. Because of its widely varied climate and topography all within a short distance from each other that ranges from high altitude and cool in the mountains or warmer and Mediterranean at sea level, many types of grapes thrive and many different styles of wine can be made. Hiyu’s location adjacent to Mt. Hood makes its terroir conducive to super, crisp, high-acid wines reminiscent of those in Alpine regions. With their Smockshop Band project, they are exploring this new frontier of the Columbia Gorge for different sites to grow and to develop partnerships with other farmers. They make their non-estate wine under this label. “It makes for a really fun place to make wine,” said Nate.

“The reality of the wine world is that people are figuring out you can make amazing wine in so many places. There was this limited sense that you can only make great wine in these famous wine regions and people are realizing that’s actually not true at all,” said Nate. He emphasizes that the development of wine regions depends on not only the land, but the people who decide to just make it happen, mobilize, and support each other in the endeavor. It’s about a culture and a community, and it will be exciting to see what happens next in the American wine landscape.

So what’s next for Hiyu? They are a young farm in a wine region that’s breaking out which allows for lots of exciting possibilities and potential. What Nate and China are focusing on next is building more forest and restoring old waterways on the property which will expand and inform their food program – a very important part of what they do.

They’re mostly driven by what Nate calls this “ecological agenda” and while he says the wine is “totally amazing and It does its thing and it’s really beautiful”, the future is more about the farming and the evolution of the property, which will in turn change and develop their wines. What we can be sure of is that, based on the unmistakable wine and food coming out of Hiyu Wine Farm, they are a part of something really exciting and unusual brewing in the Columbia River Gorge, using old methods to create something totally new.