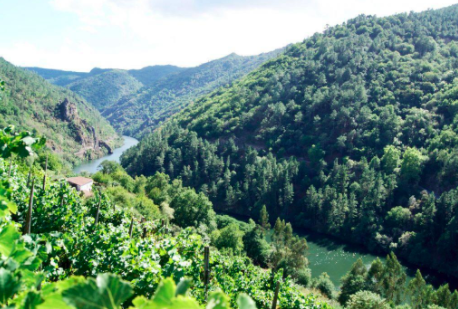 Located on the banks of the river Sil in the heart of Riberia Sacra is winery Alma Das Donas.

This ancient land in the heart of Galicia in the North West of Spain provides a challenging terroir for wine production.  It’s a beguiling landscape that can only be cultivated if you have a true passion for the land and faith in the potential for the wines it can produce.  Alma Das Donas approach this challenge head on and embrace the sacrifice needed to create wine here. 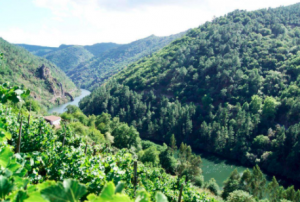 It’s different to the rest of Spain.  Something you can probably only appreciate if you visit Galicia.  The green, rolling valleys and never ending river inlets from the Atlantic Ocean provide stunning vistas that are more akin to rural Ireland than stereotypical Spain. 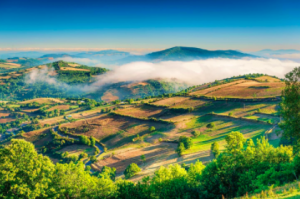 The Galicians (Gallegos) trace their roots back to the Celts and to this day there are still noticeable reminders of their historical presence and influence to the area.  Many of the Celtic stone buildings and monuments are still standing and at Galician fiestas around the region you will hear traditional Galician music being played, led by the familiar sound of the bagpipe (gaita).

They also have their own language with a staggering 56% of the current population still using Galego as their first language. 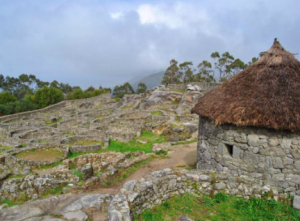 It seems the land in Ribeira Sacra has re-paid this back in spades!

So, what about the wine?

Well, the winery has 3 hectares of vineyards of their own and also obtains grapes from additional vineyards under their control.  It’s a small team but one dedicated to modern wine production techniques whilst respecting the traditions of the region.

The winery itself contains all the latest machinery and technology related to wine production and bottling.  It’s by no means a prehistoric winery.  By drawing experience from the past and utilising the technology of the present, the team are able to combine two different wine-making worlds to create their unique wine.

And it’s pretty much all handled in house, from the management of the land, oenology, quality control, logistics, and marketing and even artwork! 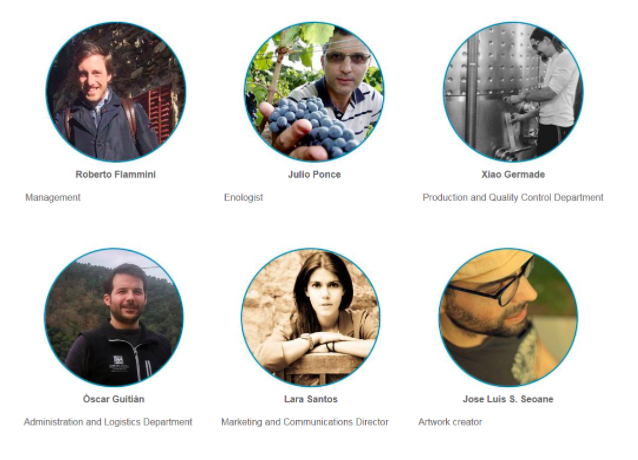 The grapes for the wines are handpicked from vines over 50 years old, the majority of which loom perilously over the steep banks of the River Sil.  They are committed to cultivating native grapes of the region by primarily focusing on Godello and Mencia, grapes that are relatively unknown outside of Spain.

A basic rail system is also still used to transport the grapes around the vineyard, more out of necessity than choice.  It goes to prove though that sometimes, the most primitive forms of wine production can still work in today’s forward-thinking world 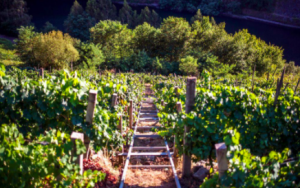 The wine range is currently available to purchase in 3 forms and wholeheartedly justifies the toil and grit required to produce them. 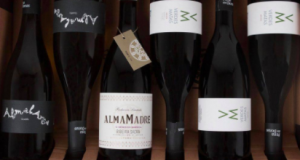 Made from 100% Mencia grapes, it’s a typical style of a Mencia varietal wine, particularly those of the Bierzo region that hugs the borders of Galicia and Castilla y Leon.  Bright crimson colour with red fruit the prominent flavour on the nose and palate.  Filled with punchy tannins that balance perfectly with the red fruit.  At less than €10 it might be the bargain of the year!

Made from the Godello grape and aged on the lees for 4 months.  Pale yellow appearance, it’s fruity, mineral and creamy and combines the citrus fruit punch of an Albarino with the yeasty, complex structure of a Chardonnay.  Can be drunk now or left to bottle age to reach full maturity. Easy to see why this scored 91 points and 4 stars in La Guia Penin and has been winning awards left, right and centre the past few months.

Made from 100% mencia grapes on estate grown vines of over 75 years.  It is aged for 12 months in French and American oak and at least 6-12 months in the bottle.  Production was limited to only 1,100 bottles.  Bramble, berries, toast, subtle vanilla and well integrated tannins, it’s hard to believe this could get any better with age but it will.