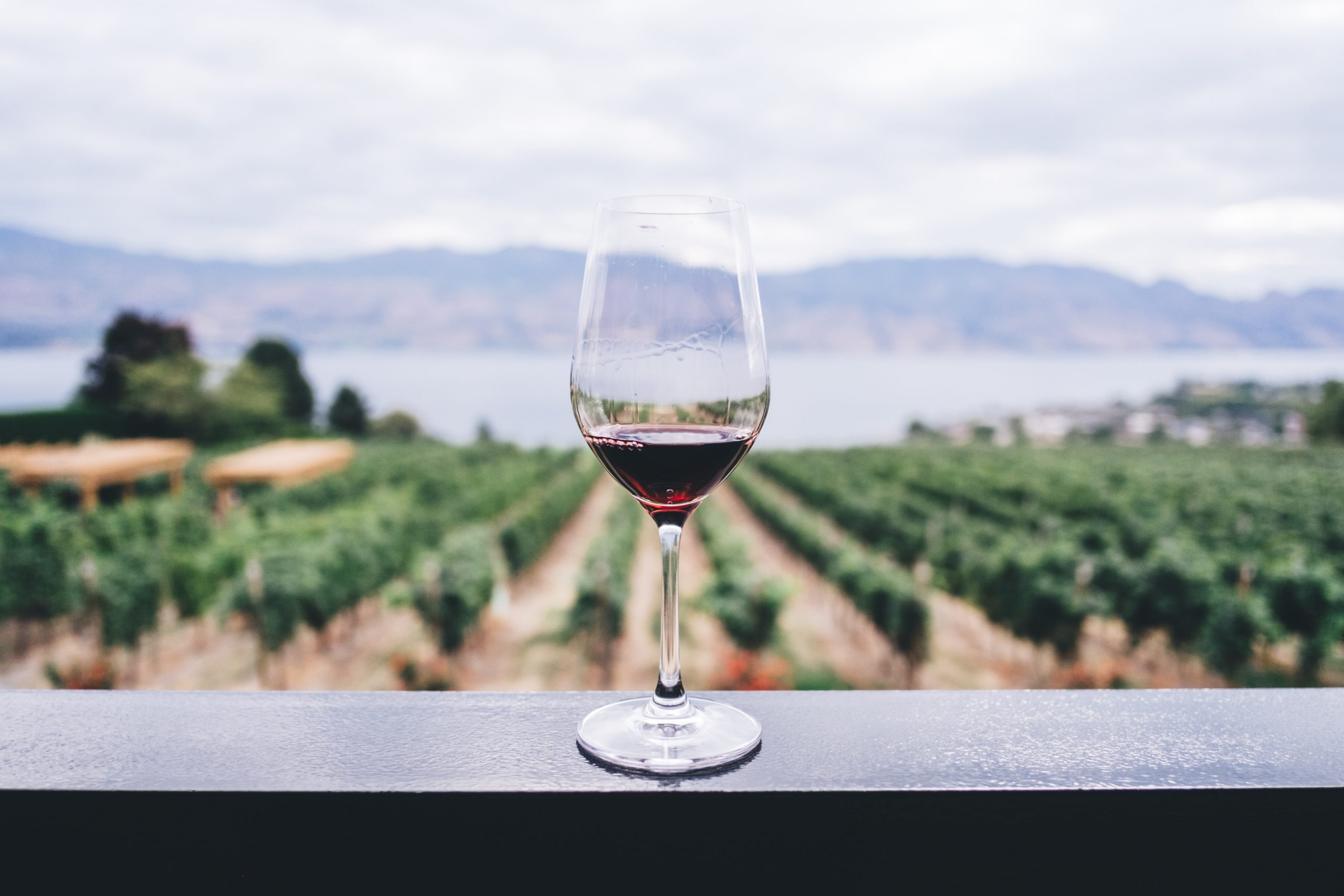 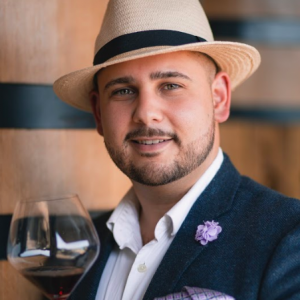 Canada – the home of moose, hockey fans, maple syrup and fine wines? Yes, fine wines too. Despite your disbelief it’s not a typo.

Isn’t Canada covered in ice, where everyone lives in igloos and don’t they always say eh?

Admittedly, we do always say eh; however, we don’t live in igloos and aren’t covered in ice. In fact, Canada’s unique geography is ripe with mountain ranges, valleys, peninsulas and multiple large bodies of water which moderate temperatures creating optimal growing conditions for cool to moderate climate grape varietals.

As a result, Canada is producing world class expressions of wines and wine styles – beyond Icewine – and is now being recognized as an emerging Cool Climate producer, with vines spread across the world’s second largest country.

Despite the size of its landmass, it accounts for a minuscule contribution of global wine production by volume – only 0.3%. Nonetheless, great things do come in small packages – and self servantly, after reading this article, it only goes up from here!

But before I can tell you more about where we are today, let’s start with how we got here.

Canada’s earliest indications of the cultivation and vinification of grapes dates back nearly 1000 years ago to the time when Viking ships arrived on the shores of present day Canada. Over the ensuing 800 years, French explorers experimented with the winemaking process by utilizing wild grape species indigenous to North America. Yet, it wasn’t until 1811 where many believe the story of Canadian winemaking began.

Johann Schiller, who immigrated to Canada from Germany, planted vines in the Niagara Region in Ontario – an exciting new terroir at the time. The quality of the wines he produced, sparked a following among his fellow community Members and so too did the wine’s reputation. It’s because of his efforts, Canadian history has coined him the father of Canadian Wine planting the seeds for future prosperity.

Several decades on, Canada’s first commercial winery – Vin Villa – was started on Pelee Island (Canada’s most southern point) in 1866. This was truly the birth of the Canadian Wine Industry.

Over the next 150+ years, Canada’s Wine Industry survived Prohibition, expanded across the country, witnessed exponential growth, introduced Vitis Vinifera varietals and formed its own governing body – the Vintners Quality Alliance or VQA.  It is the equivalent to the AOC in France or DOC in Italy, to name a few.

However, throughout its wine history, there is one moment that I’d like to highlight for its significance.

In 1991, Canadian wine producer Inniskillin, entered the infamous Vinexpo in Bordeaux, France. They submitted their 1989 Vidal Icewine for judging and it won the Grand Prix d’Honneur. This massive achievement single handily put the Canadian wine industry on the global stage. It garnered the attention of the world. And to this date, Icewine and Canada remain synonymous.

For me, it’s bittersweet.

It upgraded the status of Canadian Wine; fast forward 27 years into the future, Canada still remains in the shadow of its prized Icewine. In hindsight, if this event never occurred, would I be in the positon to tell you about the innovations, advances and quality of Canadian wine? Hence, I’ll accept this necessary evil as my transition point into where we stand today.

In 2018, it’s estimated there are over 800 wineries now operating in Canada across four different provinces.  However, only two of these provinces, British Columbia (BC) and Ontario, have VQA designation and are the two most predominant wine producing regions in the country – with Ontario leading the way.

Beginning with BC, it’s simply beautiful. And geographically, it’s lodged in between the Pacific Ocean to the west and the Rocky Mountains to the east; it’s Canada’s most western province.

Here, wines are grown on the edge. The Okanagan lies at 49° N in latitude – bordering the upper limits of where grapes can thrive globally (in between 30° and 50° north or south of the Equator). It accounts for 84% of all vineyard acreage in BC and contains 7 sub-regions, spanning north to south over 250 km! These sub regions include: Kelowna/Lake Country, Peachland/Summerland, Naramata/Penticton, Okanagan Falls, Oliver, Golden Mile Bench and Osoyoos.

Not only does the Okanagan offer some of the most breathtaking views in the Canada, let alone the world, it also produces wine of awe-inspiring complexity and vibrant acidity. The range of soil types includes sandy loam, clay, limestone, volcanic, sand, silt, gravel, and granite based soils; remarkably, they’re found spread across the same valley.

When you factor in the microclimates created from the mountainous terrain, the slope aspects for growing grapes and the moderating effects from several lake bodies – you realize you are unmistakably in wine producing paradise.

If you’re fortunate to come across Okanagan wines on your journey, I highly recommend tasting Chardonnay, Riesling, Syrah and Bordeaux inspired blends – in my opinion, these terroirs provide exceptional examples of these varietals. For my BC wine surprise – try an Okanagan Albariño!

Next, we’re moving nearly 4000 km east to Ontario – Canada’s largest wine grape producing province (93% of the total, to be exact).

Ontario is a brilliant Cool Climate producing region. Its fertile soils, limestone base, rolling hills and lake effect temperatures produce a terroir that can trick even the most sophisticated of Old World palates. Its land locked with the provinces of Manitoba to the West, Quebec to the East, and the United States of America to the South.

Prince Edward County is Ontario’s most northern VA. It contains limestone bedrock, stony and clay loam to sandy loam soils and sits at 44° N. Located on the north side of Lake Ontario, it benefits from lake effect breezes and wines produced here offer lovely acidity and distinct flavours of minerality.

Whereas, the Niagara Peninsula VA is in the middle of the three VAs and rests along the south shores of Lake Ontario. It contains 2 Regional Appellations (RA) and 10 sub-appellations in total. The RAs are: The Niagara Escarpment and Niagara-on-the-lake. These RAs are defined by location, soil types, and growing seasons.

When compared, the Niagara-on-the-lake RA is located farther north than the Niagara Escarpment’s positioning. This is significant because its northern proximity puts it further out into the water – moderating its temperatures. Thus vintners here have been able to experiment with varietals such as Merlot, Cabernet Sauvignon, Malbec and even… Tempranillo! A definite shock for fans of Rioja.

Whereas the Niagara Escarpment offers cooler temperatures suited for producing wines with bursting acid and a charming freshness. Here, Riesling, Chardonnay, Cabernet Franc and Pinot Noir all thrive. Even though, Pinot Noir is globally referred to as the heartbreak grape – taste a Pinot from here and your heart will be whole.  Unique to this part of the world, both Niagara RAs are championing the production of single varietal Cabernet Franc – a true Canadian innovation.

The final VA in Ontario is Lake Erie North Shore and its sub appellation, South Islands. This is Canada’s most southern wine producing region. As the title states, it runs along the north shore of Lake Erie; its shallow depths, provide a warming effect to enhance temperatures, resulting in Canada’s longest grape growing season. In addition, sunbaked south facing vines offer up bold red wines that leave a lasting impression.

Yes – we do Sparkling Wines too – another surprise from my Canadian bag of wine tricks. It’s not just limited to Ontario either. Bubbles can be found across the Great White North!

In Ontario, the number of producers offering Sparkling Wines produced in both the Traditional and Charmat Methods continues to rise; the varietals utilized to make these wines include the Classic Champagne 3 (Chardonnay, Pinot Noir and Pinot Muenier), Riesling and even Cabernet Franc!

Looking into my crystal ball, due to Ontario’s abundance of limestone based soils, I predict Ontario Sparkling Wine is on the verge of taking the world by storm! You heard it here first.

Altogether, I’ve taken you on a journey that’s spanned over 1000 years of history, covered over 4000 km and highlighted a select few varietals of the over 100 that are planted from coast-to-coast!

All that’s left to say, is Canada does offer more than Icewine – eh!