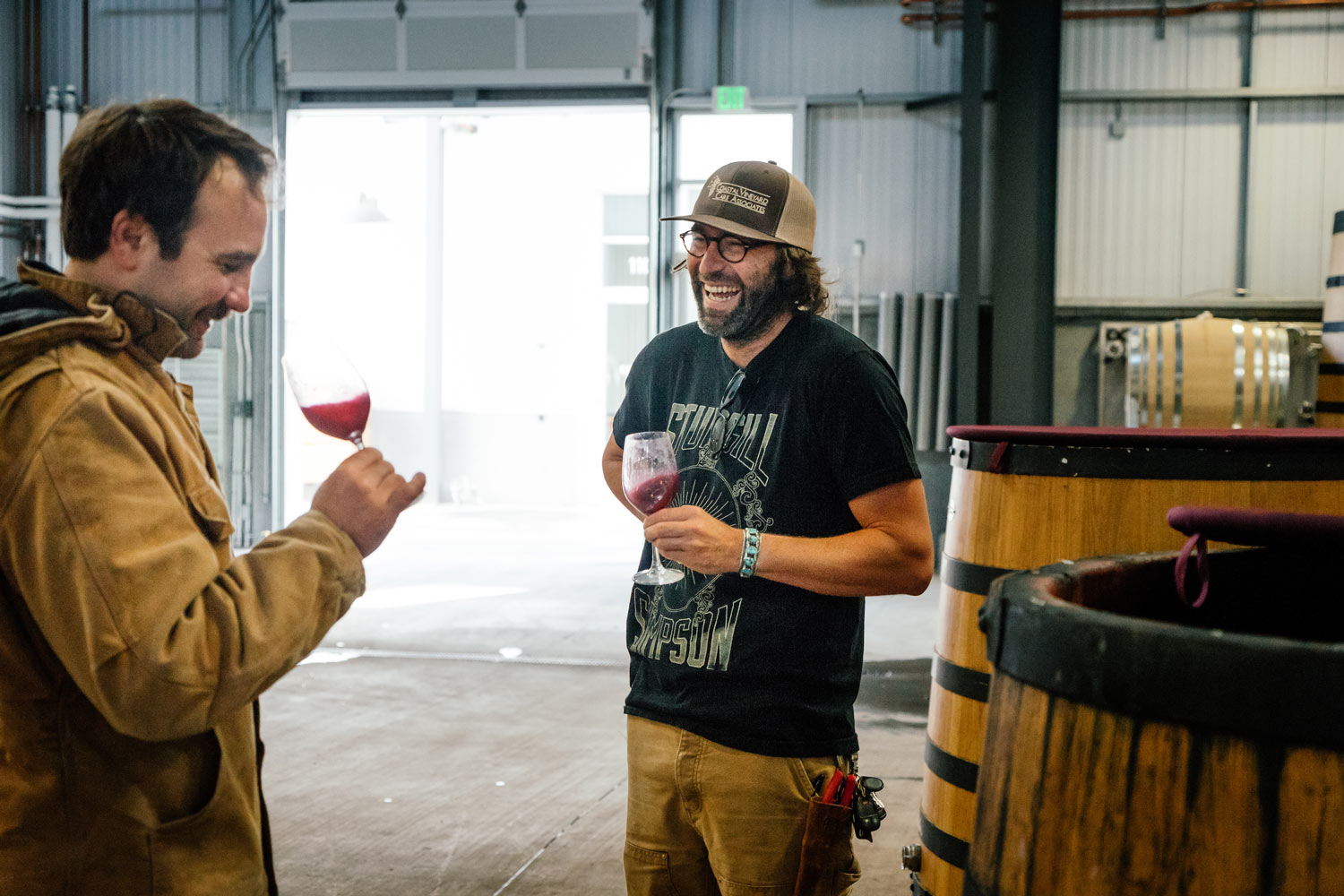 For those of you who aspire to run a winery, or be a winemaker, look no further for inspiration than the men who started Kosta Browne.  Dan Kosta and Michael Browne began working together at a restaurant in Santa Rosa, California in 1997 with hopes of making wine.  Through tips, connections and a lot of hard work they were able to purchase grapes and start making their own wine.

By 2002 they were able to make over 3,000 cases. Initially they wanted to make a Pinot Noir in classic Burgundian style, but their wines evolved into more rich and opulent Pinots.  As they began to love this style so too did James Laube when Wine Spectator awarded their 2003 Kanzler Vineyard in Sebastopol 96 points and their Sonoma Coast scored a 95.

During this timeframe I was largely a Cabernet drinker so discovering their Pinot Noir, which was more fruit-forward and lush, was an easy transition.  I like to think that in the years following my palate expanded, as did their knowledge and winemaking style.

They grew the winery to 20,000 cases and in 2013 purchased their own vineyard in Russian River Valley’s Keefer Ranch making the first-ever estate wines.  They later expanded in 2016 by purchasing the Anderson Valley’s Cerise Vineyard and their last hooray was finally opening a tasting room in Sebastopol.  Ironically, the day we visited the new tasting room was the day the sale of Kosta Browne Winery was finalized to a Private Equity firm who also owns a majority of Duckhorn. Dan and Michael walk away still holding the title for the only Pinot Noir ever awarded as Wine Spectator’s Wine of the Year.

As Kosta Browne begins a new chapter, I was really intrigued by what I saw and tasted. The current winemaker, Nico Cueva started with Kosta Browne six years ago and took over making wine from Michael in 2015.  Nico is using lighter-toast oak and native fermentations.  The Cerise vineyard is also a cool-climate site known for producing more lean, elegant Pinots, so surely these grapes will produce a different flavor profile.

What I found most fascinating was the experimentation with different vessels.  I’ve seen cement tanks used in Spain, concrete eggs in Argentina and big wood foudres in Piedmont, but never have I seen all three used in one winery, then blended to produce a single wine!

I’m excited to see where these latest undertakings of Kosta Browne take us.  In keeping with the traditional style, and mixing in some new techniques, it should offer any Pinot lover a lot to choose from.