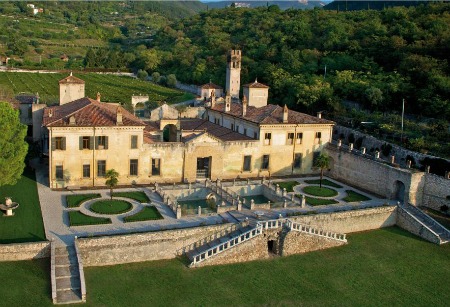 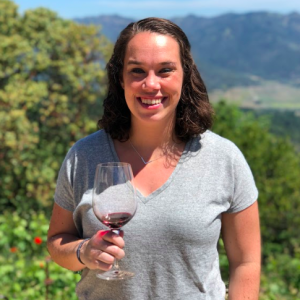 If you walk into my dining room you will immediately notice full wine racks and a wine fridge. Upon closer look however, you will find a whole shelf filled with Palazzo Della Torre bottles. The other shelves will mostly be individual bottles. Palazzo Della Torre has become our house wine, a wine to have on hand at all times, a wine to never hesitate to open a second bottle or enjoy with company.

After visiting the Villa Della Torre in 2016 (which the Allegrini family acquired in 2008) I fell in love with the Allegrini Winery. At the time we had arranged a tour since we love Amarone. We arrived to the location we thought our tour was at, only to realize we were at the wrong location. The staff was so friendly and kind that they drove us to Villa Della Torre, the real location of our tour and tasting. Upon arriving we realized we had a private tasting and tour. We learned about the history of the estate dating back to the Italian Renaissance and how the Allegrini family came to acquire it in 2008. After soaking in the beauty and history of this place we sat down to taste some wines. This was the first time I tasted Palazzo Della Torre, a wine named after the vineyard surrounding the Villa, and I fell in love. While we brought some wine home from the winery, since returning home I have purchased cases of this bottle to ensure I always have it on hand. 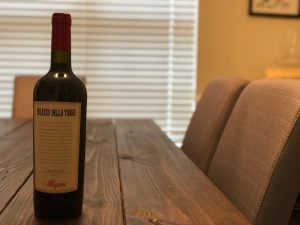 The Allegrini family has been producing wine in the Valpolicella region for over 400 years. The experience and passion shows in both the wine and their treatment of guests. Giovanni Allegrini led the company to success in the 1960s and is known as one of the major players in the rebirth of Valpolicella. Giovanni started working very young and perfected his winemaking while always considering input and feedback from others. He was known for carefully selecting grapes and innovation in the winemaking process. The Allegrini winery is now run by his children Marilisa and Franco. Walter the oldest son sadly passed away in 2003. Giovanni taught Franco much of what he knows about wine and how to connect with it. Franco is considered one of the best winemakers in all of Italy.

Based on everything he learned from his father Franco developed Palazzo Della Torre, a wine named after the vineyard surrounding Villa Della Torre. The wine itself is made in a variation of the ‘ripasso’ technique common to the Valpolicella region. Since the technique does not follow the typical standard, it is not labeled under the ‘DOC’ specification. In this technique some of the grapes are set out to partially dry (about 30%), while others are harvested normally. Then when the wine is made the juices are blended and a second fermentation occurs. This results in what one may consider a true “Baby Amarone”. The wine is made up of 70% Corvina Veronese, 25% Rondinella, and 5% Sangiovese. It is aged for 15 months in French Oak, 2 months in casks, and 7 months in the bottle before being released. The wine is full bodied, complex, and dry. There are flavors of meat, fruit, raisins, and spice. It is bold without being overbearing. This wine is drinkable by itself as well as a great pairing for countless dishes
including Italian classics like mushroom risotto, carbonara, and cured meats.