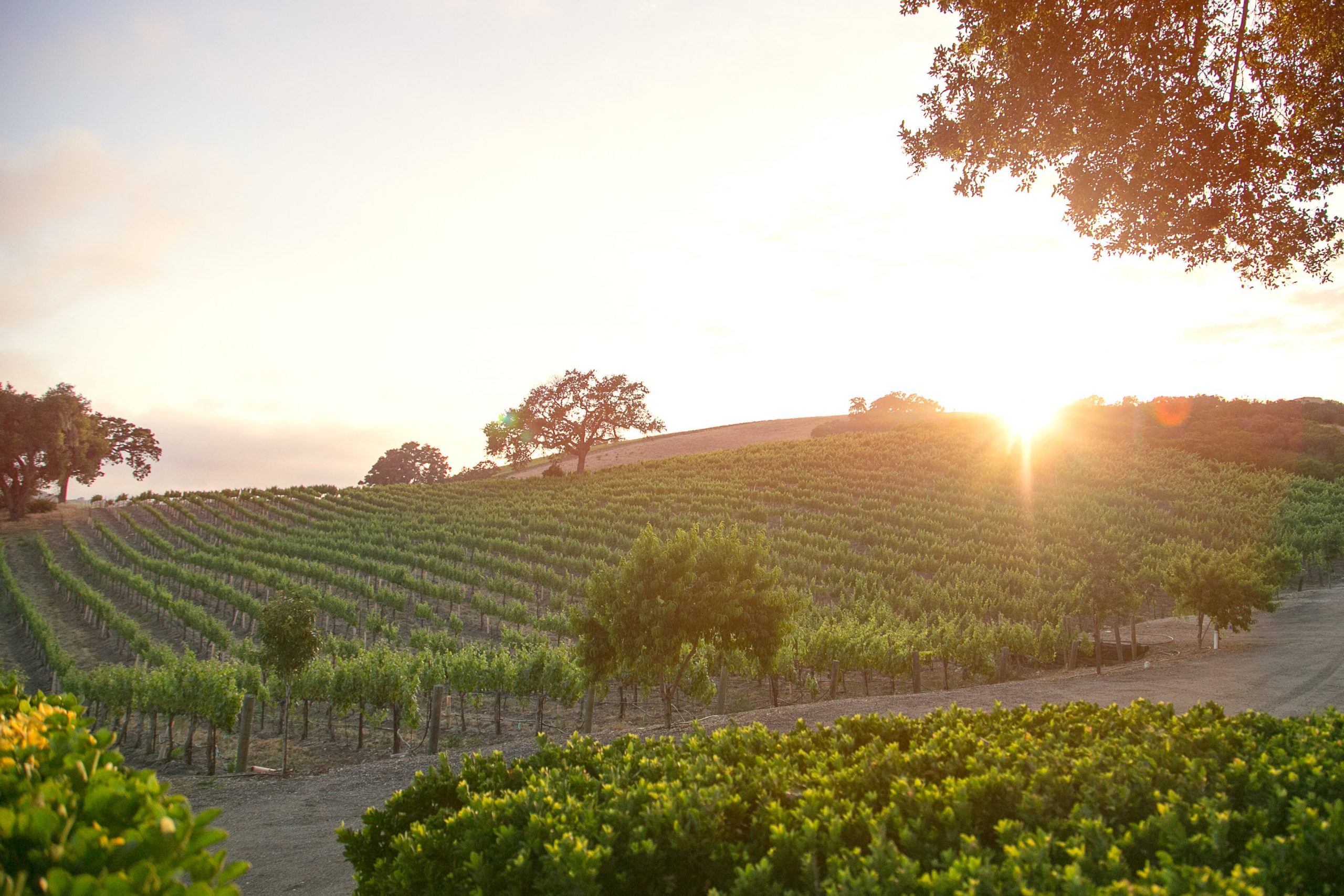 Paso Robles is California’s biggest, most diverse AVA. If you haven’t been, or sampled widely from its manifold fermented grape offerings, now’s the time. A recent visit to Paso revealed a young region that has emerged from her youth and gangling teenage years, and is on the cusp of becoming a fully realized entity, with her own distinct voice, desires, requirements and ambition.

John Munch, co-owner of Paso Robles’ Le Cuvier, which was founded in 1983 and focuses on Bordeaux-style and Red Rhone-style wines made from dry-farmed grapes with a noninterventionist winemaking approach, explains that Paso’s novel characteristics can be attributed to a number of socioeconomic factors.

“Unlike say Napa or Sonoma, most of the post-Spanish immigrants to the area did not originate from wine production areas of the Old world,” Munch says. “Then, the post-Prohibition explosion of replanting vineyards with the goal of producing wines of quality bypassed Paso Robles. When it did get re-discovered in the 1970’s and 80’s, the property was relatively cheap.”

And because the land prices were low, and the broad diversity of growing conditions lent them to different styles of wine, grape growers were willing to take greater risks with less popular grape varietals and winemaking styles, Munch explains.

For such a lauded region, it’s quite young. The Hoffman Mountain Ranch Winery was established as the first large-scale modern facility there in the 1970s; Gary Eberle and Cliff Giacobine planted 700 acres from 1973-1977, creating the largest winery in the region.

In 1983, when Paso officially earned American Viticultural Area (AVA) status, only five bonded wineries existed and less than 5,000 acres of grapes were planted.

How is Paso so diverse? Two ways.

Two, it’s one of the few places in the U.S. where a person who fails to be sitting on a big ol’ pile of cash, but has talent and elbow grease to spare, can launch their own brand …. In a commercially successful region that consistently earns raves from critics.

In Paso, visitors can hike up steep vineyards, craggy with limestone, alongside congenial, laid-back winemakers in dusty cowboy hats, drive up and down dusty hills situated between the Pacific Coast and Paso Robles proper, then visit a gleaming silver industrial park called Tin City situated on the 1,200 mile-long Juan Bautista de Anza Historical Trail bristling with young, hungry, ambitious winemakers who rent space there to crush and bottle grapes for their start-up labels, then meet with winemakers who planted thousands of acres of grapes here decades ago and are wealthy enough to afford a private plane.

PUTTING PASO ON THE MAP

Paso wouldn’t be the fastest-growing AVA in California (from 50 bonded wineries in 2000 to more than 250 today) without Jerry Lohr. The son of South Dakota farmers, he went on to earn a Ph.D from Stanford University, enlist in the United States Air Force and work at NASA. But his agricultural roots beckoned, and in the 1960s, as California’s wine industry was just getting established, he began seeking out the perfect terroir for the grapes he loved: Cabernet Sauvignon and Chardonnay.

In the early 1970s, he bought his first parcel in Monterey County’s Arroyo Seco district. J. Lohr was born.

“Almost immediately, I saw it was too cool for Cabernet,” Lohr recalls. “We found a few sites in Napa, but they were small, and we wanted scale. We continued looking, but when the Hyatt hotel chain approached us to make a house wine, we got very serious fast.”

He explored 500+ Cabernets from around the state and found that the majority of the ones he liked were from Paso.

“The combination of mouthfeel, flavor and authenticity was incomparable,” Lohr says. He began by buying grapes in bulk and leasing 300 acres, and now he farms more than 2,700 acres in Paso (Plus 1,400 acres in Monterey and 30 acres in Napa), producing more than 1.5 million cases of wine from land he and his team operate and farm themselves. The Cabernet from Paso is America’s #1 selling AVA-labeled Cabernet Sauvignon above $12. Lohr got in early, just as the AVA was getting it’s start and paid about $3,000-$4,000 an acre; and while premium land in Paso these days goes for $40,000 an acre, it’s still a relative bargain compared with Napa’s $300,000+ per acre.

Lohr helped put Paso on the map—and on the shelves of retailers around the country—decades before it became the type of place tourists wanted to visit. It would be easy for Lohr, who just celebrated his 46th harvest and 83rd birthday, to enjoy the fermented fruits of his labor, but he’s still running seminars for new winemakers on best practices in the vineyard, nerding out with fellow terroir obsessives and quietly funding research initiatives and positions UC Davis.

PUTTING PASO ON THE WORLD STAGE

Austin Hope, who has known Lohr since he was a kid, leads Hope Family Wines, a brand he launched at age 22 in 1995. He grew up in the vineyards of Paso, his father Chuck settling there with is wife Marlyn in 1978 to grow grapes, though fewer than a thousand acres were under vine there at the time. Hope was four; just 18 years later, he persuaded his family to make wine from the bounty surrounding them.

“Of course at 22 and the beginning of the project, I had no idea what was going to happen, but I knew how special this terroir is, and my goal, initially, was just to get our wines on the best wine lists in the country,” Hope recalls.

But making wine is much more expensive than growing grapes. So as Hope led his family’s pivot from grape-growing to winemaking, they had to sell some of their vineyards to buy equipment. Still, he dug in, studying USGA maps from the mid-1900s, pinpointing the most promising parcels on the map for Cabernet and then approaching the grape-farmers.

Hope’s infatuation with Paso’s diverse soils indirectly led to the TTB’s 2014 approval of 11 separate sub-AVAs within Paso, a development that has allowed winemakers and growers to quickly distinguish which parcels might be best for growing Merlot, which for Tempranillo or Roussanne.

“Justin Smith of Saxum Vineyards and I got together in 2003 or 4 in a bid to create the Templeton Gap AVA,” he explains. “The guy we hired handed in a one-page report to the TTB and they basically laughed us out of town, but word got out and people in Paso freaked out. When the dust settled, Jerry Lohr and several others got involved and we pooled our money, hired scientists and did a full survey of the land.”

His love of Paso and deep knowledge of its terroir benefit the region, but have also propelled his brands’ success. In 25 years, Hope has cultivated a network of Paso 55 growers he contracts with, all of whom grow grapes according to his team’s directives.  He has five brands—Treana, Austin Hope, Troublemaker, Liberty School, Quest—producing about 300,000 cases of wine available in all 50 states, and a handful of countries. His 2017 Austin Hope Cabernet Sauvignon was selected as #10 in Wine Enthusiast’s list of the top 100 wines in the world.

“Paso is finally being recognized as a world-class terroir,” Hope says. “My team and I were thrilled to be recognized by Wine Enthusiast because to us, this meant the region has made it. It’s the first time a wine from Paso landed in the top 10 ever. And it’s also a place where, even if you don’t have a lot of capital, if you buy grapes, you can afford to make a wine that consumers would be curious to try based on the region alone.”

Indeed, the new generation of winemakers in Paso know they were born too late to buy vineyard land right out of the gate, but they also know they have a unique opportunity to build a brand in one of the most sought-after terroirs in the world.

For decades, while Paso Robles land was relatively inexpensive, it was out of reach to the average recent college grad are career-changer who didn’t have a trust fund or hedge fund fortune to leverage. But about five years ago, a warehouse zone on the grubby, industrial fringes of town began offering young guns a chance to launch their food and drinks business. Would-be winemakers—also brewers, cider-makers, pasta-makers, distillers and chefs—moved in for the cheap rents, and stayed for the opportunities.

“I worked in wine and traveled for 19 years, and I didn’t have the capital to buy land and build a winery,” Vailia Esh, Desperada’s winemaker and owner told me when I met her in Paso. “I tried my hand in everything in wine, from vineyard work, to winemaking, to selling. I bring that all to the fore here, because every brand is run by either one person or a small group who has to do it all, from buying the grapes, to making the wine, to selling it online and, hopefully, in retail shops and restaurants.”

Quickly, Esh met other producers, and they all exchanged intel on grape-sellers, went in on winemaking equipment together, formed a network. A few years later, when word spread of the small-batch, imaginative wine coming out of a corner of the city emerged, the tourists starting coming, and these days, tasting rooms can feature lines three people deep (not that anyone’s complaining).

Now, there are more than 20 producers pouring wine in Tin City, many of whom have a distinct approach to winemaking that embraces one specific corner of Paso’s diverse offerings.

The industry is responding. “There’s an incredible amount of diversity in the region and as an appellation, the prices are consumer friendly,” says Eric Crane, director of training and business development at Atlanta’s Empire Distributors. “Even the larger wineries have a sense of place and an attachment to Paso that seems to capture the hearts and minds of wine drinkers. Simply put, it’s a legit place with legit people making thoughtful wines, and that’s not always easy to find.”

In Paso Robles, growers and makers can still dream and think big, wild and weird. That passion and unbridled freedom trickles down into the experience in the region, where visitors will run into the owners and operators who are very much working and present, and at Tin City, where visitors can taste classic California, Italian, Spanish, Rhone or Bordeaux-style wine, all grown and crushed in Paso. If you can’t make it to California, head to your favorite wine store. Thanks to Lohr, Hope, Munch and so many others, we know you’ll be able to find a bottle of delicious, affordable that tastes out of this world, yet utterly of its little niche in Paso.