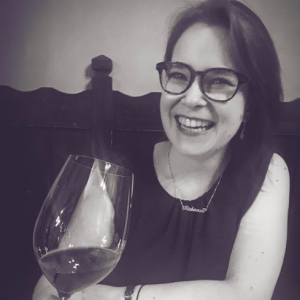 Following on from my last “Dr of the DOC(G)s” piece, I thought it would be good to dip into another first in the world of Italian wine, this time hopping over the water to the island of Sicily and delving into Cerasuolo Di Vittoria, the island’s very first DOCG awarded in 2005.

I should admit however that I have a somewhat troubled relationship with this designation. It tripped me up in my recent Vinitaly International Academy exam and was the mark that cost me my pass. I should be bitter (okay, I am a little), but it’s hard to be annoyed with this wine due to its fundamental approachable deliciousness. I think this is an ideal summer evening wine, it has enough acidity to remain refreshing in the heat, but this is backed up by a savoury depth that gives it a complexity that pairs well with grilled meats, perfect for that weekend backyard party.

Found in the Ragusa province of Sicily near to the south coast of the island, Cerasuolo di Vittoria is a wine named for its cherry aromas, and is not to be confused with the similarly named Cerasuolo rosé wines from Abruzzo. The DOCG applies only to red wines made from a blend of local indigenous grapes Nero D’Avola and Frappato. The latter giving richness and spice and in some cases a savoury tapenade note, the Frappato giving freshness and the bright red fruit of cherry, plum and pomegranate. Despite the summer heat in the south of Sicily (when I last visited it was 35 degrees in the shade), the climate is moderated by the sea breezes and acidity in the wines aided by the local terra rossa soils of red clay under stony limestone.

Whilst the traditional blend used by most producers is to have 60% of the Nero D’Avola and 40% of the Frappato, as long as there is a minimum of 50% of the Nero D’Avola winemakers can play with the ratios to their hearts content. I’ve encountered Cerasuolo di Vittoria in a variety of different styles and it is another aspect that I love about these wines. They can be light, delightful young wines to crack open and quaff, sweet cherry flavours and a hint of spice. In other hands they are powerful, elegant and ageworthy; serious bottlings that demonstrate the potential for this relatively young DOCG area. These wines have dark cherry fruit and black olives, garrigue herbs and a whiff of tobacco. I appreciate both versions; they each have their place.

If I had to pick one style and producer however, it would have to be the Grotte Alte by Arianna Occhipinti. I visited the estate two years ago and fell in love with not only her wines, but also her philosophy of viticulture and winemaking. They work organically and focus on the pure expression of the grapes and terroir. We arrived on a baking hot day and the heat was bouncing back off their white soils and so we took shade under a age-old olive tree to admire the neat rows of vines only metres away from their modern winery. Grapes here had only a few hundred metres to travel to the sorting tables and were whisked underground into the cool of the cellars and the cement fermenting tanks, an essential detail when trying to maintain acidity and freshness for complex wines.

The Occhipinti Grotte Alte is a 50/50 blend of Nero D’Avola and Frappato, letting each variety have a true stake in the final result. It is a rich deep wine with almost a saline backbone giving a hint of the sea, no coincidence given the wine is named after the limestone ridge upon which the local town of Vittoria sits allowing views of the sea and channelling the sea breezes across the baked soils. This is a luscious liquid given gentle large cask treatment, that can age for years and keep on giving thanks in part to the higher levels of Frappato and therefore acidity. If you manage to find some (it’s a small production) then make sure you buy two. Your future self will thank you.