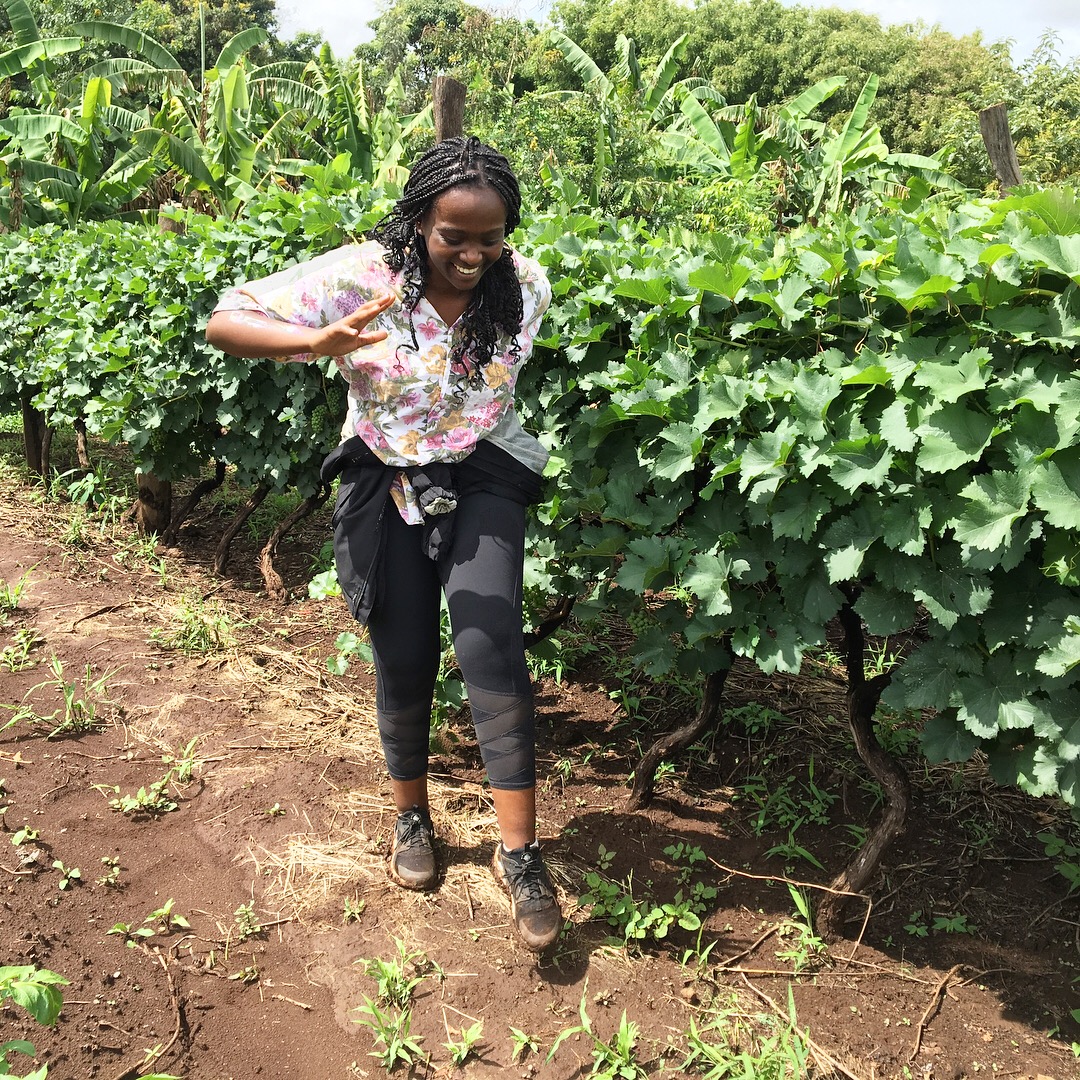 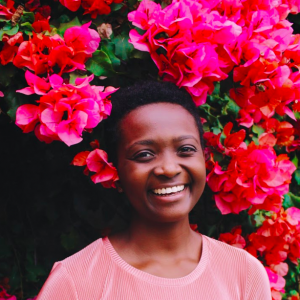 In a small town called Maua.

Maua is the Swahili word for flowers, and I remember the first time I heard of Maua town my first thought was, ‘ there must be many flowers there!’ I thought this for the longest time because Maua is a 7 hr drive from Nairobi – past the equator, around Mt. Kenya, down through the rainforest and coming up to the Meru National Park border – and no one was willing to drive out to there to look at ‘flowers’. It’s a pretty isolated place, nothing going on for miles, just wildlife and bushland…or so I thought.

You can imagine my surprise once I found out there’s a vineyard out there that makes and sells wine to the community, and the vintners there willing to show guests around the place.

The day my cousin and I got into a matatu and went up to Maua, I was very disappointed in the lack of flowers. The town is set in the highlands, and being there felt like stepping into a walk in freezer that smells of clean, morning air. It’s vivid green – full of tropical rainforest flora and extremely healthy agricultural crops, and the people there are kind and chatty. Given its relatively high altitude, rough terrain and rainy weather, It’s a stark contrast to the only other winegrowing region in Kenya, Naivasha, which is in the Rift Valley, on the shores of a lake. Leleshwa’s story is an interesting one but for now let’s stick to Maua Town.

You’re probably wondering how winemaking found its way all the way out here. Well, in the early 1900, missionaries coming to Africa to teach English and introduce religion brought with them wine vines – introducing Barbera, Sauvignon Blanc and Shiraz to the region. Incredible right? Imagine packing up a suitcase for a journey you don’t even know where to and thinking to yourself, “I should carry some vines with me, just in case there isn’t any wine there”. Literally having no idea whether or not the terroir at your destination is suitable, but in true oenophilic spirit packing your vines with a determined resolution to have a glass of wine wherever you go, even it it means you make it yourself. I totally understand why they did it though- wine makes life much more enjoyable, and if this was the 1900s and I was moving somewhere I wasn’t too sure had wine, I would carry my own vines as well as a winemaker.

Fast forward a century, and viticulture has really taken off in Maua. On my little wine tour, I got to see vines all around peoples farms and in kitchen gardens. People here mostly just plant the vines and don’t go into secondary wine production. Our agricultural background gives us an advantage in farming, and growing any type of crop comes easy. Winemaking on the other had is difficult, so it’s usually a traded with the Catholic church – people grow vines for the church, then sell grapes to them when they are ready for harvest. The chuch has it’s own winemakers and experts who come make the wine, and it’s sold as alter wine to the local community and in the big cities.

One popular estate in Maua that’s known for its high quality wine grapes is Ikwetta farm. They grow Barbera and Shiraz, as well as commercial fruits like mangoes, pineapples and papayas. The farm borders the Meru National Game Park, so it was extremely reassuring to hear that they also have wildlife coming in and eating their crop. Wildlife in this case being elephants and antelopes. You should laugh at this, I sure did – this is the one and only time having elands in my vineyard didn’t seem like the worst thing ever. I spent a day there learning about winemaking in the bush and getting advice from the vintners there, walked through the vineyard to see the oldest vines planted by the missionaries, as well as the ones which would be grafted for me. The entire journey to Maua was incredible because I got to experience what it’s like working with other vintners for the first time. Getting there wasn’t easy, but well worth it to see what my little vineyard can become.