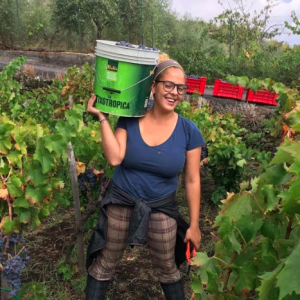 The Wines of Illyria Story

In Italian, bitter translates to the word “amaro.” However, bitter under this connotation is considered a good thing. Amaro is the name given to a liqueur enjoyed as a digestif, or an elixir made from botanicals, herbs, spices, roots, and citrus fruits steeped with a clear, distilled spirit. Different styles depend on the amount of ingredients used and levels of alcohol, but it is distinctly Italian. Amaro can be traced back to the times of the Romans or Greeks settlers. There’s a rumor that Roman soldiers would consume this elixir the night before a battle as it was seen as medicinal or magical.

Whether that’s true or not, amaro consumption is a millenary tradition in the Italian Peninsula. In Italy, almost every establishment from bars, coffee shops and restaurants offers an amari selection as part of their beverage repertoire. Displays of amaro bottles are part of the décor, and they greet the curious eyes of consumers enticing them to either order a glass or at least ask about it. Amaro is a quintessential part of the Italian eating ritual. It is also a popular selection within the Italian “aperitivo” or happy hour—that time of the day when people socialize over cocktails and bitter spritzes.

Highlighting the diversity of how amari are made in different parts of Italy can show a more concise comprehension of their differences in style. For instance, the ingredients used in Northern-style amari carry more herbal tones, alpine flavors, and floral aromas, based on their indigenous ingredients. Most of the larger distilling companies more famously known, such as Campari, are located in the North, in Lombardy and Piedmont.

In Central Italy, Le Marche is an epicenter of production, home to famous distilleries such as Meletti and the renowned herbalist Girolamo Varnelli. These have more pronounced aromas and flavors of spices, earth, honey, rhubarb, and smoke. In the South, citrus notes of lemon and orange shine, complemented by local herbs and sweetness. Here, you’ll find Caffo in Calabria and Averna in Sicily.

To have an amaro neat or on the rocks can be an acquired taste to some, and it may look intimidating to pair with food, but the effort is worth it. An amaro tends to pair well with desserts—gelati (pistachio, dark chocolate, vanilla) or fruit sorbets give a fresh and chilled sensation to balance the bitterness. A New York cheesecake pairs well with amari that are less bitter, and have more candied, caramel notes. There’s also caffè corretto, meaning ‘correct coffee’ where the liqueur is added into an espresso shot. Another option is as the grand finale after coffee or ammazzacaffè. Finally, pair a piece of dark chocolate and Sicilian Amaro.

For the amaro aficionado and the novice, it’s great to start exploring amari regionally to see their differences and similarities in depth.

This distillery was created by Francesco Peloni, a pharmacist, in the late 1800s in Bormio, Lombardy. The name is derived from the Bràulio mountains. The characteristics that single this amaro out are its noticeable alpine notes with herbs and florals. Very aromatic and delicate.

Founded in 1868 in the Sibilini Mountains, Varnelli is an exemplary display of family tradition and history preserving herbal liqueurs that speak of the region. Recommended to the enthusiast who likes a more layered and complex experience with flavors of smoke, ripe fruit, honey, sandalwood, and rhubarb. On the palate, it is intense, powerful, and rustic.

The recipe for this amaro is traced back to 1901. It takes its name from the volcano Mount Etna. The amaro carries the essence of the territory—pleasantly aromatic notes of orange and licorice. Its flavors are slightly sweet, mineral, and spicy with hints of rhubarb.