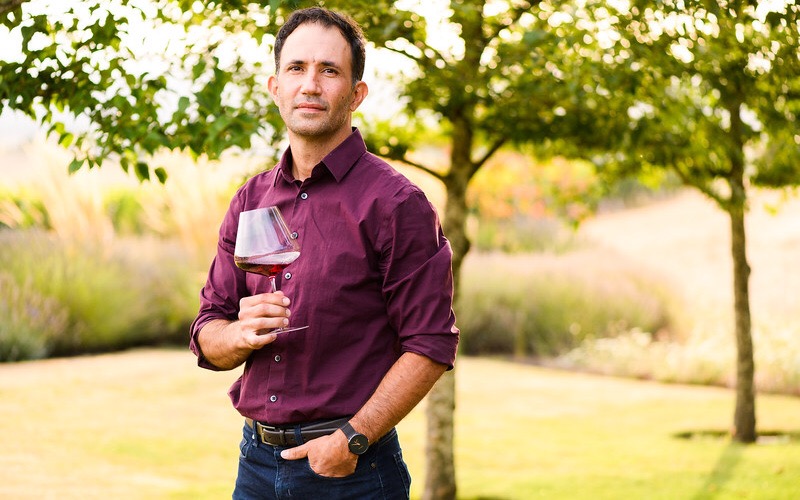 Our White Malbec is the first and only one produced in the USA and it’s a tribute to my homeland Argentina’s flagship wine Malbec.” – JP Valot, Proprietor & Winemaker

The Malbec is sourced from the Rogue Valley in Southern Oregon.

JP (Juan Pablo) Valot was born in Mendoza, Argentina, which is most known as Argentina’s wine country. JP comes from a multi-generational line of wine entrepreneurs. He completed a five year degree in agricultural sciences, with a focus in enology and viticulture at the National University of Cuyo in Mendoza, Argentina. In 2001, he came to Oregon looking for new challenges and attracted by Oregon’s growing wine industry. In 2002, he met his wife Doris and both decided to settle in Oregon.

JP started his own project, Valcan Cellars, with Doris back in 2012. Craving to grow his own grapes for Valcan Cellars, he took over Rainbow’s End Vineyard in 2013 and later in 2016, Mountain View Vineyard. Both vineyards are located in Monroe. Juan Pablo was appointed by the Governor to the Oregon Wine Board in 2012 and served as chairman of the Oregon Wine Standing Committee on Research until 2018. He is a well-rounded wine professional who understands Oregon’s wine industry and the winemaking process from the vine to glass.

A small group of Oregon winery owners and winemakers who share a Hispanic background and have come together to celebrate Hispanic Heritage Month from September 15th to October 15th, 2020 in order to share our stories, display the diversity of the Hispanic cultures which span most of Latin America and Spain, and as small business owners give back to the Spanish-speaking community in Oregon.

To commemorate the Celebrating Hispanic Roots initiative, JP is offering a unique pair of wines: his White Malbec (above) and the 2015 Valcan Cellars Syrah Rogue Valley which won best of show at the 2019 Oregon Wine Competition.

10% of sales will be donated to the Latino Partnership Program of the Oregon Community Foundation which funds efforts within education, leadership development and community bridge building that address social and economic issues within Oregon’s Latinx/o community. Click here to learn more.