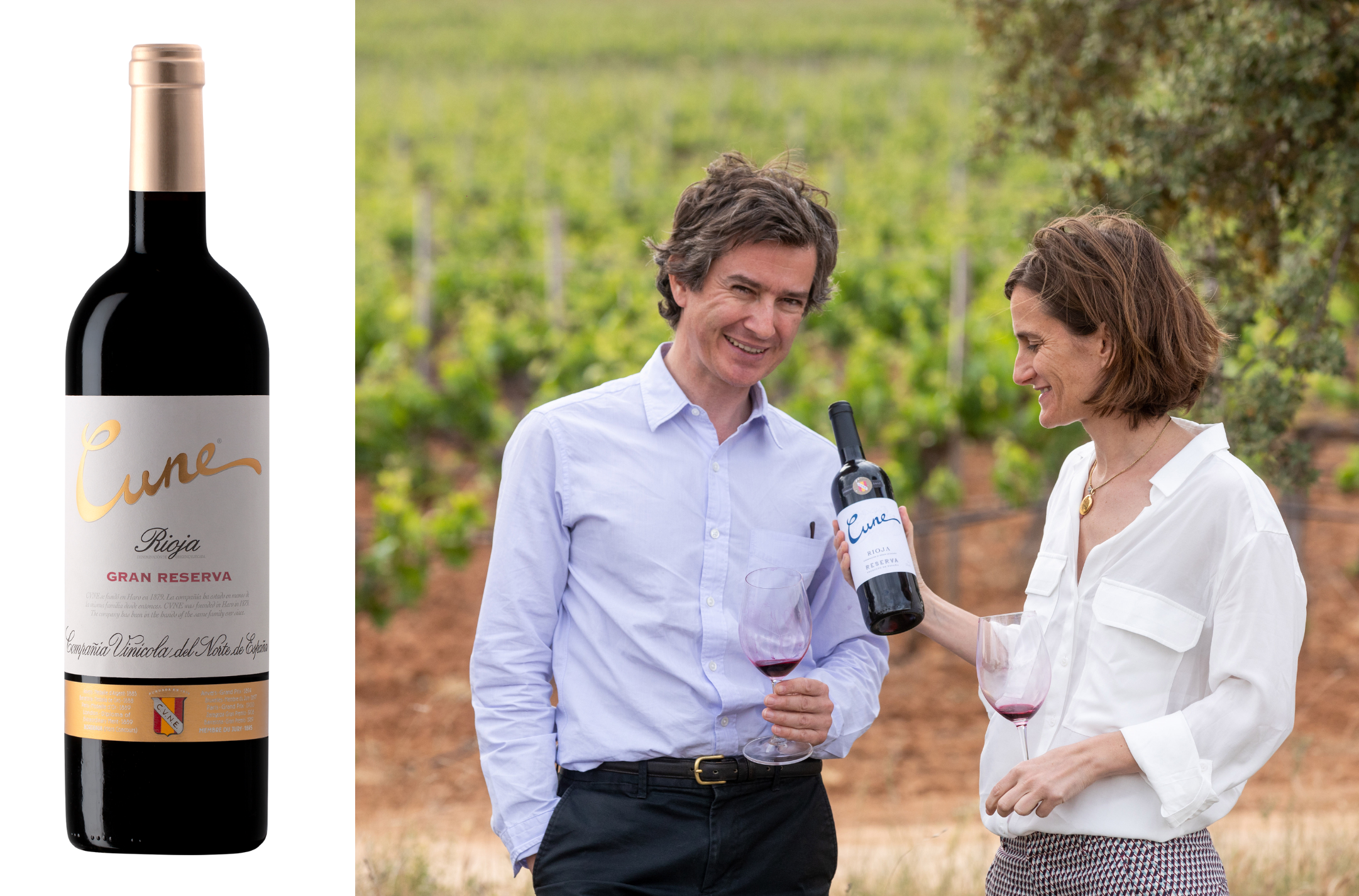 “The first wine produced by CVNE was named after its initials. A simple orthographic mistake where the V was transcribed as U resulted in the creation of the Cune brand.”

– Victor and Maria Urrutia,  5th generation of the founders at CVNE

Produced from hand selected grapes from our vineyards in Rioja Alta. The alcoholic fermentation took place in stainless steel vats. Post fermentation maceration brought color and structure to the wine and subsequent malolactic fermentation provided the wine with the maturity to support its aging in American and French oak barrels. Before bottling, the wine was left to clarify naturally. Finally, the wine was set aside to age in our centenary cellars where it remained for a minimum of 36 months under optimum temperature and humidity conditions until being released to the market.

The first wine produced by CVNE took the name of the company’s initials. However, a simple and fortunate spelling error, confusing the V with a U, led to the creation of the iconic Cune brand, now the leading wine on the national market. The winery expanded its facilities in 2019, coinciding with its 140th anniversary and marking its continued commitment to producing the finest quality white, rosé and gran reserva wines.

Vinification takes place in ‘El Pilar’, the first winemaking facility in Spain to use gravity-led processes to transport must in 1989. CVNE was a pioneer in this concept, which has now been adopted by numerous wineries.