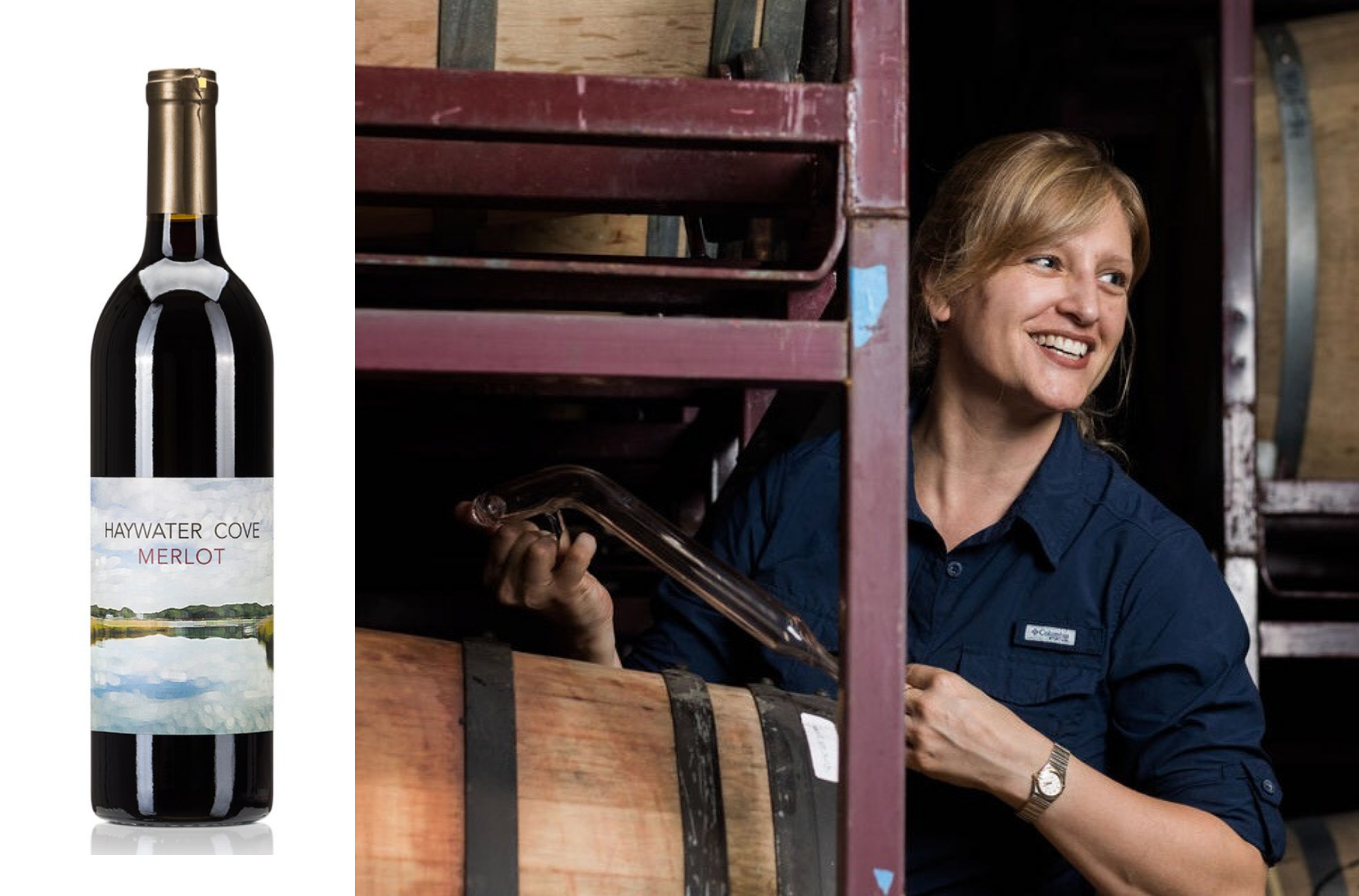 Haywater Cove is rather significant to me, because it represents a time and place in my life for which I wanted to send thanks into the world.”

Haywater Cove Merlot is a ripe, complex, and rich Merlot. Perfectly drinkable, with plenty of character, and a velvety-plush mouthfeel.

Each of the varietals were fermented separately in stainless steel tank, with daily punchdowns. They were then aged in new, second-year, and third-year French oak barrels: the Merlot for 15 months and the Petit Verdot and Cabernet Sauvignon for 18 months.

Haywater Cove is rather significant to me, because it represents a time and place in my life for which I wanted to send thanks into the world.  It’s a real waterway, and while you’d have to hunt for it on a map of the North Fork, it’s a microcosm of what makes our region so special.  My home is on Mudd Creek, one of three creeks that converge as Haywater Cove, before they flow out to the Peconic Bay.  I started making wine on the North Fork while living in Brooklyn, and six years ago, I made the East End my home. Haywater Cove is where land meets the water and sky; the very local combination of those elements are what make the North Fork so unique a place to make wine, and in particular an ideal place to produce Merlot, as well as a dreamy place to live.  I’m deeply humbled to enjoy both.