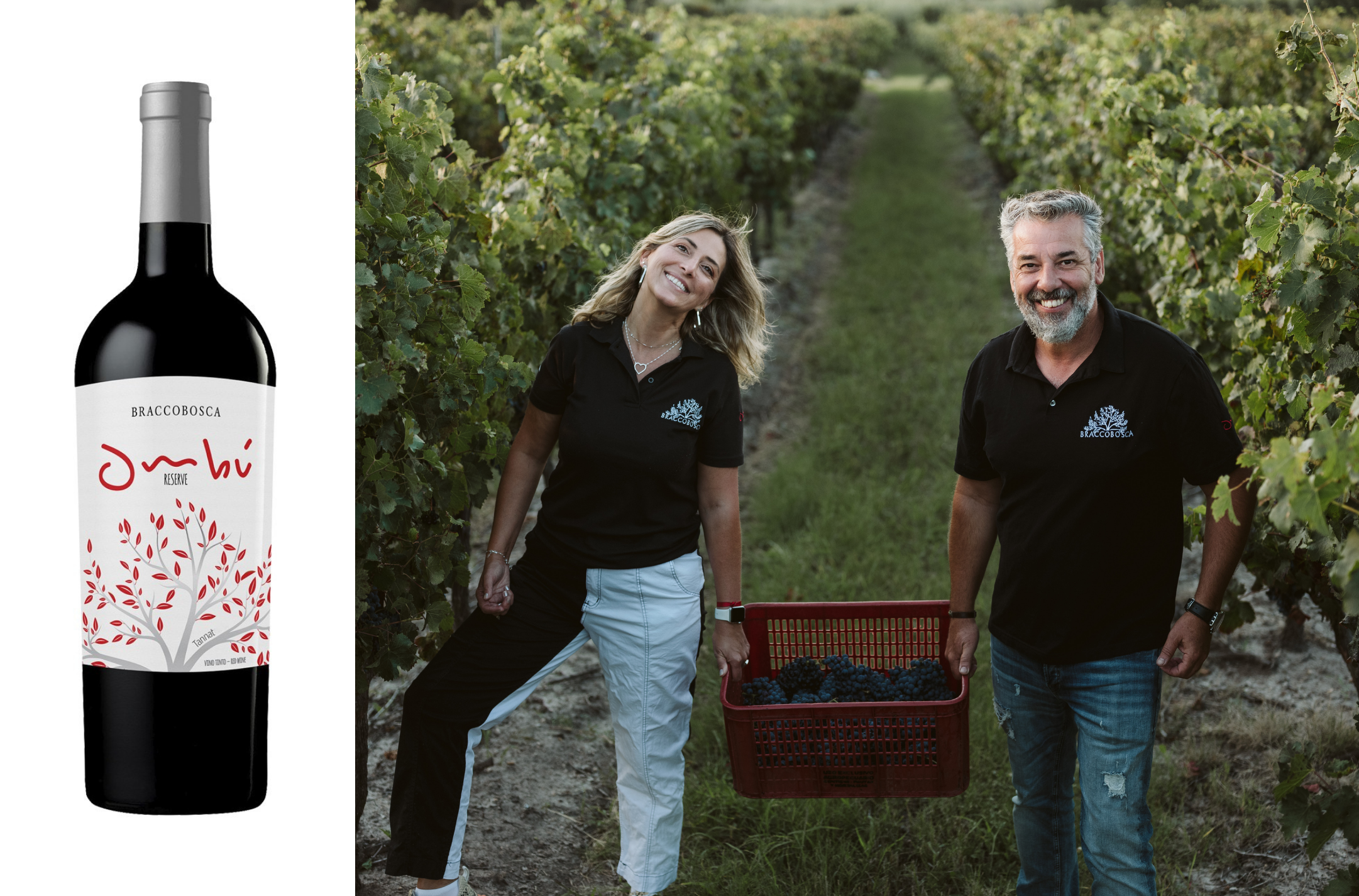 The Ombú is a native tree of South America.
In our winery there is one Ombú where the previous landowners use to hide golden coins, so my family always thought there is a treasure buried there. But we believe the real treasure is our vineyard that allows us to produce this exclusive wine for you!

The Tannat is a grape that comes from the Madiran region in France, but it was introduced in Uruguay by Basque immigrants in 1870, and thanks to its characteristics was perfectly adapted to the soil and climate, being able to produce exclusive and expressive wines.

Bracco Bosca winery was founded in 2005 but its vineyards have been in the family for 5 generations. Originally from Piedmont, Italy, the family moved to Uruguay and established in Atlántida region to continue the wine tradition.

It was Darwin Bracco and Mirtha Bosca who decided to buy the land from the “Gallegos” (in Uruguay we call all the people from Spain “Gallegos”). This land was located in front of the main house where already vineyards existed, and was the base for construction of the much-desired winery.

In that exact place was an Ombú, standing alone and magnificent, just how they are. Family stories say that the “Gallegos” had a farm general store on the property and since they were afraid to put their savings in the bank they would hide it under the Ombu in a pot full of gold. That’s why when someone would go shopping, the family would joke that they got the money from the Ombu.

This tree is very susceptible to lightning, so a couple years ago it was struck during a thunderstorm. So the family would joke that it served as a lightning rod due to all the metal hidden under the tree.

A couple of years later we have seen this tree coming back to life bringing us an important emotional and personal meaning.

Today more than ever we are convinced that the real treasure is our land and wines, which throughout a wise task of bottling nature, lets us share it with you