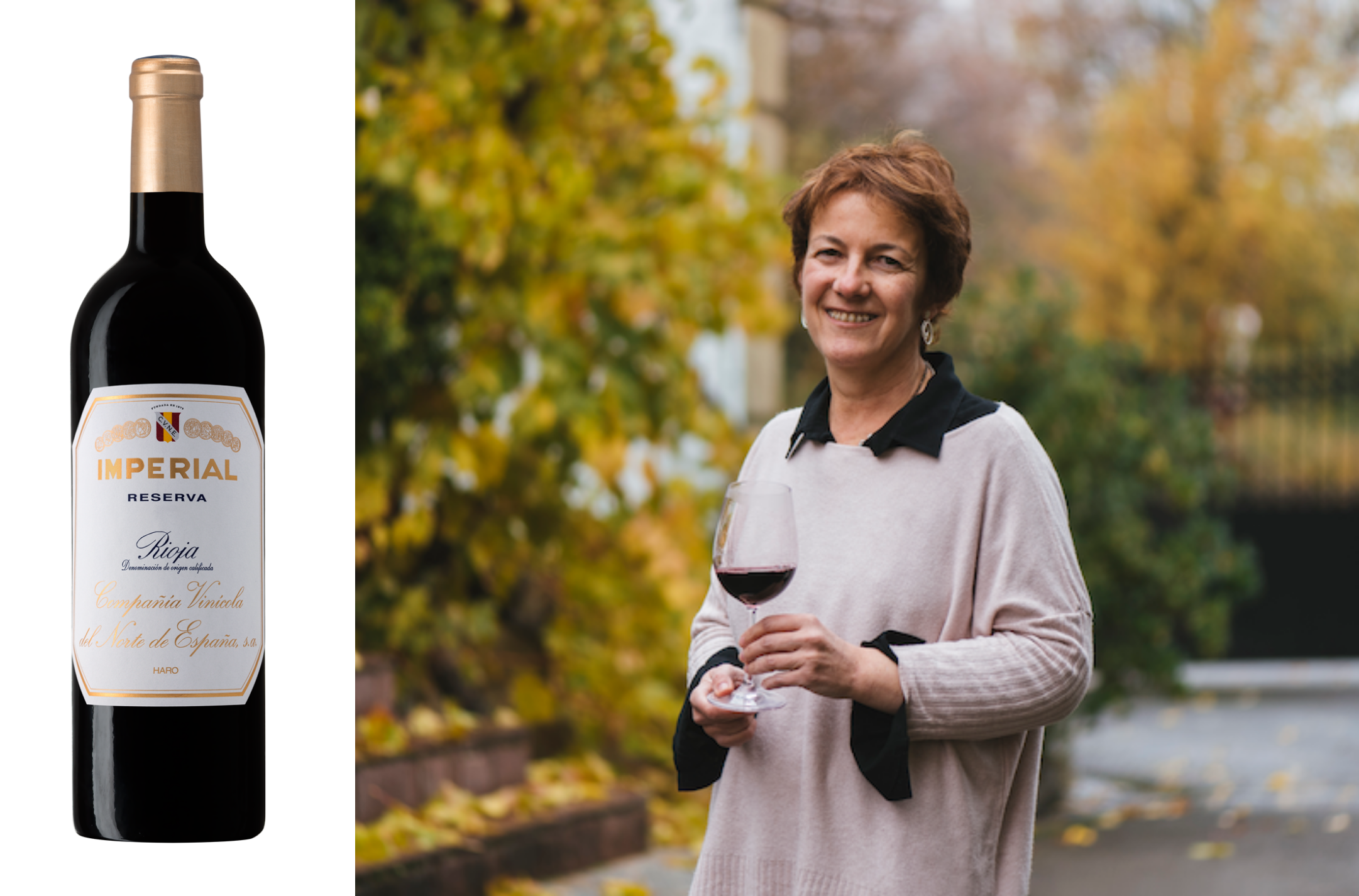 “Imperial is one of the great names in Spanish winemaking. It is a true classic in Rioja and was first made in the 1920’s. It is only made in the most special vintages.”

With Imperial, we strive to capture the essence of our soils and the meticulous care of our vineyards located in specific villages across Rioja Alta.

All these vineyards are older than 40 years. The main variety is Tempranillo. However, other Rioja varieties, such as Garnacha and Graciano, are found in these calcareous clay soils, poor in organic matter. The vines are low-yield, head-trained and primarily south-facing.

The grapes are hand-picked in 20 kg boxes. The boxes are kept in a cold store for 24 hours to prevent oxidation, stabilise the colour and preserve the fruit’s aromas. Next, the grapes undergo a second selection process before being transported by gravity for fermentation in oak vats of varying capacities (80, 120 and 160 hectolitres), depending on the size of the estate.  We use our own yeasts for alcoholic fermentation, selected from vineyards destined for Imperial wines. The maceration period lasts approximately 20 days, during which time we alternate different types of remontage, depending on how the fermentation process is developing and the wine samples tasted. Malolactic fermentation is carried out in concrete and wood vats, and the wine is then aged in American and French oak barrels (new or single-wine barrels). The wine from different vineyards is kept separately, with each estate being aged in the barrel that is the best fit for its organoleptic features. We carry out the final assemblage once the ageing process is complete before clarification and bottling.

The Imperial winery is a small and unique independent artisanal winery within the original CVNE facility in Haro, where the company was founded. This has been one of Spain’s finest wines since 1920 and is only produced in years of exceptional harvests in Rioja: Imperial.

The winery’s flagship wine was ranked the world’s best wine in 2013 by the prestigious American magazine Wine Spectator, becoming the first Spanish wine to receive this accolade.

It takes its name from a special bottling run for the English market in a bottle known as the Imperial Pint (an imperial pint is approximately half a litre).

The winery contains French oak vats of different capacities, and rigorous quality controls govern wine production. The wines are monitored using artisanal techniques adapted specifically for each plot. Barrels are aged inside their Eiffel facility, built by the popular architect’s studio in 1909.

As well as Imperial, this winery also produces Real de Asúa wine, a homage to the winery’s founders.