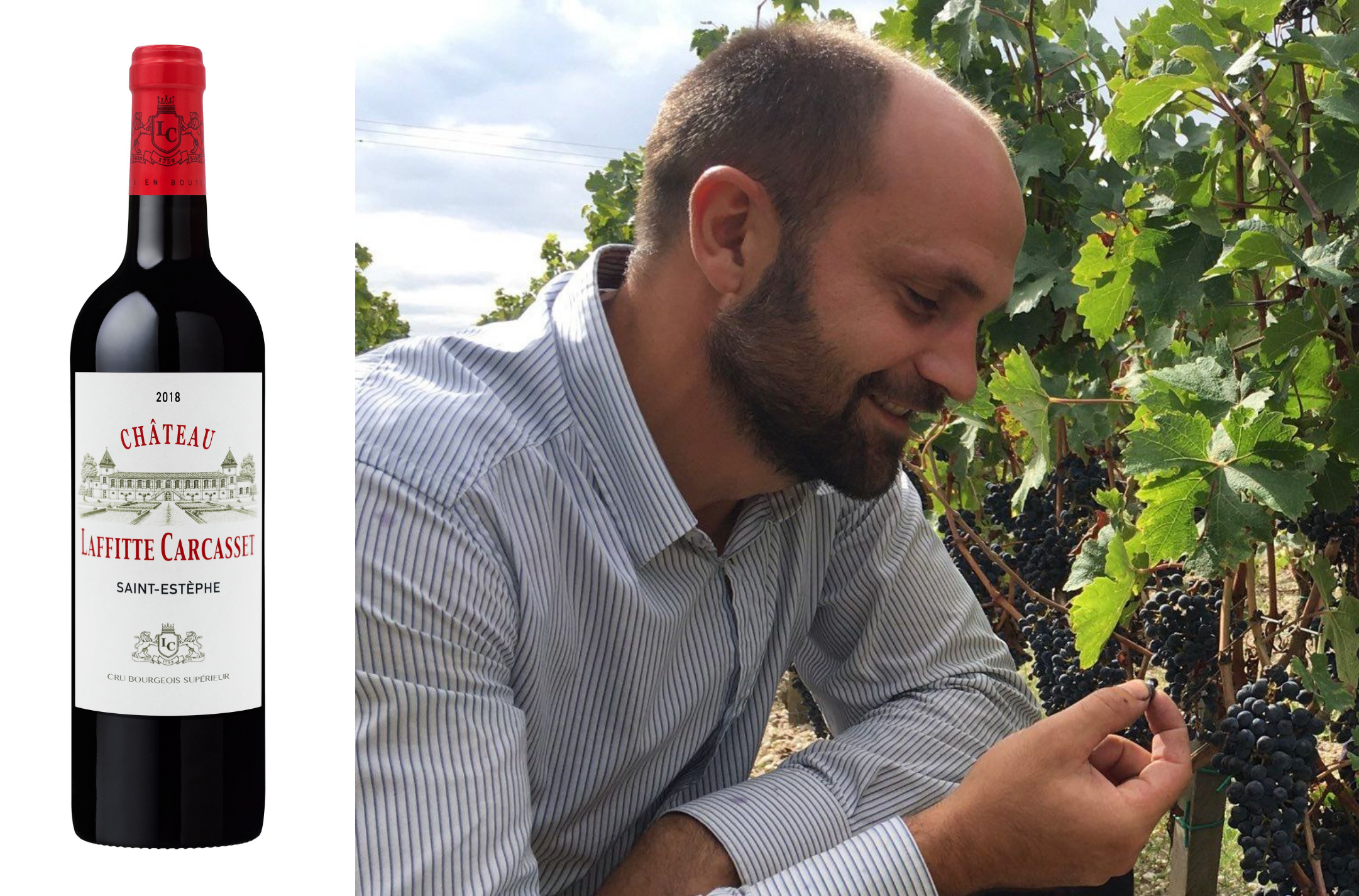 “The 2018 vintage of Château Laffitte Carcasset is one of the best wines we’ve produced in recent years due to the incredible ripeness the grapes were able to achieve.”

2018 is a sunny and demanding vintage. After a mild but rainy spring, marked by strong mildew pressure, the lasting sunshine saved the vintage. The hot summer temperatures have benefited the beautiful clayey gravel soils, which are particularly favoured in dry years.

The grapes boasted the best characteristics: phenolic as well as aromatic richness and early maturation of the skins. 2018 really is a great vintage.

The history of Château Laffitte Carcasset dates back to the early 18th century in the Kingdom of France. Already mentionned on the maps of Cassini, the vineyard is formed in 1759 at « Le Carcasset », an area located in the heart of Saint-Estèphe appellation.

In 1781 his owner, Jean Laffitte, lawyer and prosecutor of the king Louis XVI in Bordeaux, gives his name to the estate. This beautiful white-stone Chartreuse is in the tradition of the great mansions of its time, with reception rooms openned on the vineyard and its magnificent century-old trees park.

Château Laffitte Carcasset has been Cru bourgeois since 1932 and a family vineyard from its origins. Since 2016, it belongs to Pierre Rousseau and his family.