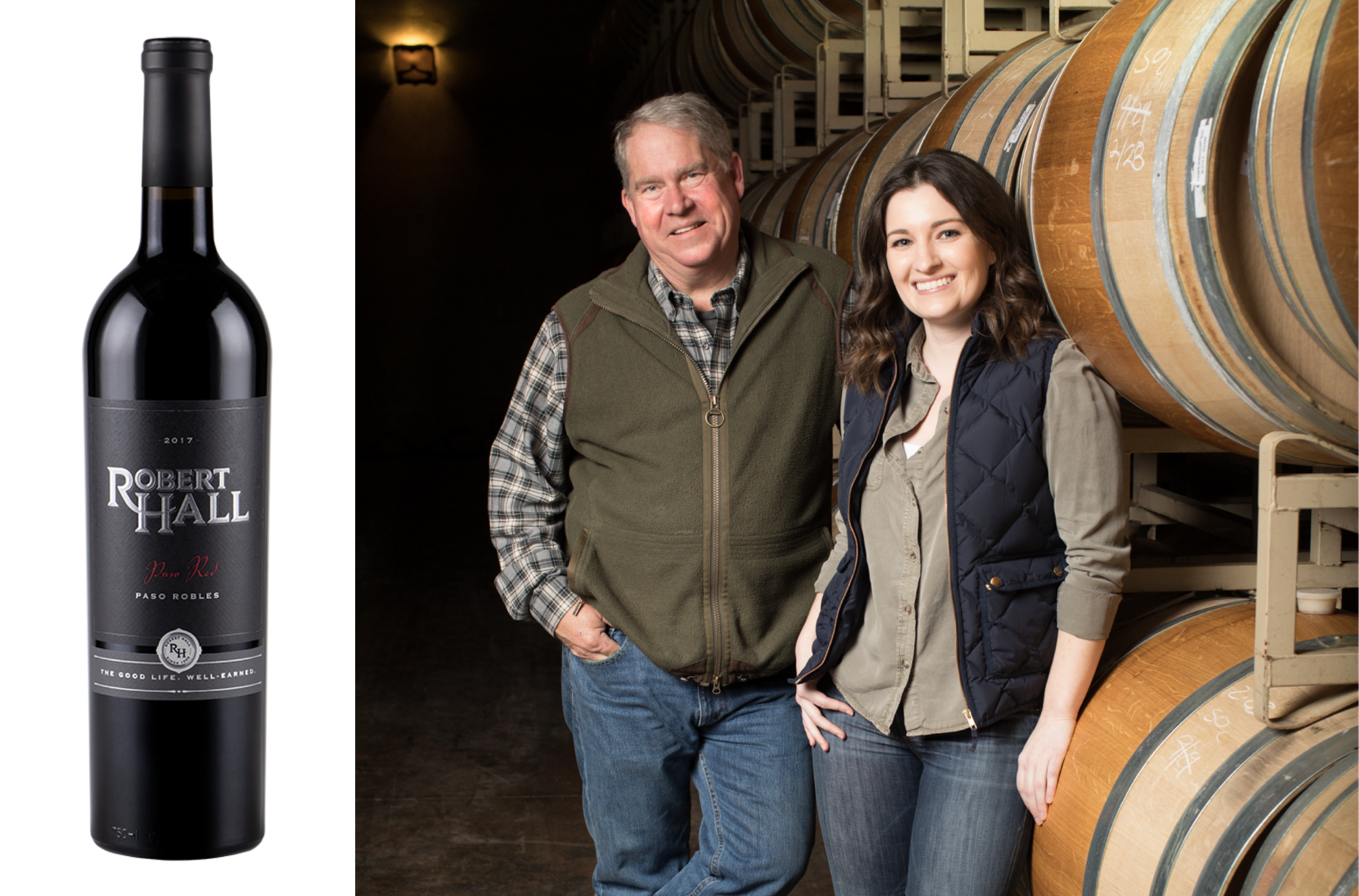 “Our Paso Red sources grapes from more vineyard sites than any of our other wines. From high density Petite Sirah to head trained Zinfandel, we search the AVA for the most phenolically dense and fruit forward sites.”

Our Red Blend combines some of our favorite vineyards in Paso Robles, and is crafted to be big, dark, and juicy with the approachability and quality that Robert Hall drinkers expect. Petite Sirah and Zinfandel are at the heart of this wine, highlighting two varieties that do well in Paso Robles. We use Petite Sirah to add structure and Zinfandel for ripe fruit flavors. We incorporate other varietals and districts, highlighting the best of the vintage. Aged in French and Eastern European oak for 18 months.