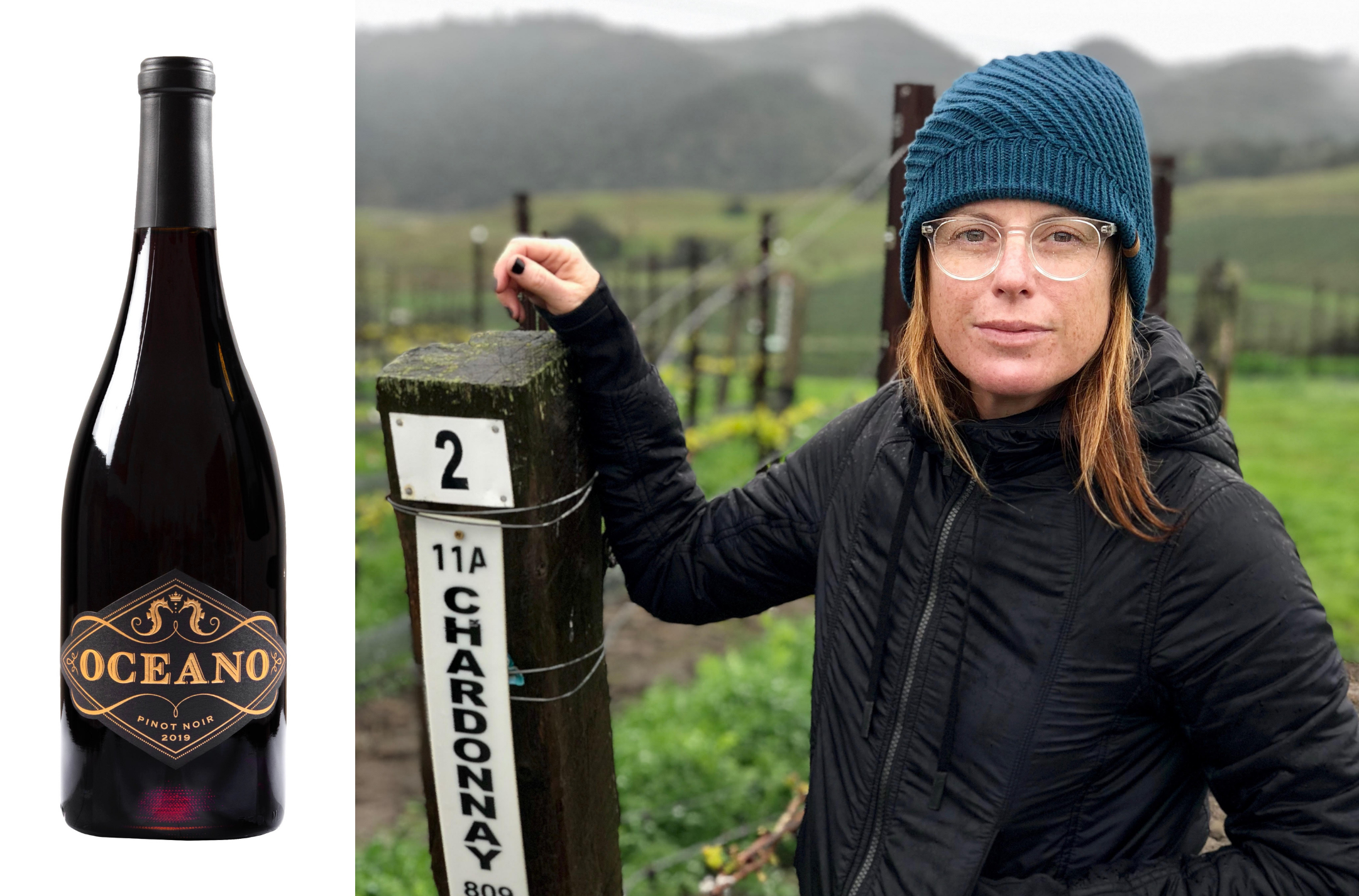 “This wine has a lot of energy. It’s elegant yet still tightly coiled with great aging potential. These are attributes I look for in a great wine. In time, the tannins will soften and this wine will be singing”

Oceano Wines’ philosophy starts with an uncompromising commitment to quality.

For my personal winemaking approach of “sculpting” — as opposed to the traditional “painting” approach — the first step is to pick the stone. In winemaking, it starts with the vineyard site. Spanish Springs Vineyard affords us the opportunity to harness this site’s unique qualities, ones that are often lost in blends and AVAs. This gives us a great springboard. And just as with different stones, differing clones have unique characteristics. So, choosing the right clone goes a long way toward capturing those qualities.

The next step is to understand the grapes and then choose the winemaking tools or “chisel,” if you will, to highlight what sets apart the site.

Oceano Wines is a joint venture between Rachel Martin and Kurt Deutsch. Rachel has been growing grapes and producing wine for over 15 years at her family’s winery and vineyard, Boxwood Estate Winery, in Middleburg, Virginia. Kurt is a Grammy-award-winning music, theatre and film producer, now working as a senior vice president for Warner Music Group. The two randomly met at the Middleburg Film Festival in October, 2014. They happened to be seated across from each other at a dinner prior to the screening of Kurt’s feature film, “The Last Five Years.” From this chance meeting came a romantic relationship.

Together they decided to make wine from a very specific place, Spanish Springs Vineyard, on the coast of San Luis Obispo, California. As the western-most vineyard site in California, Spanish Springs provided the cool climate they sought for the two varieties they wanted to bottle, chardonnay and pinot noir. They were married in 2018, the year incidentally, that the first of their wines, Oceano’s 2016 Spanish Springs Chardonnay, was released.

With her deep roots in California, it’s no wonder that Rachel’s wine journey culminated back in the Golden State. Most of her childhood was spent growing up near the coast. Her intention was always to return after a stint living in Northern Virginia to be closer to her father. And despite the success she experienced helping to establish her family’s winery, at her core, she knew that she was a California winemaker.

In 2016, winemaker and consultant, Marbue Marke, came on board to help Rachel and Kurt Realize their dream: to produce unique wines of elegance, balance and freshness.