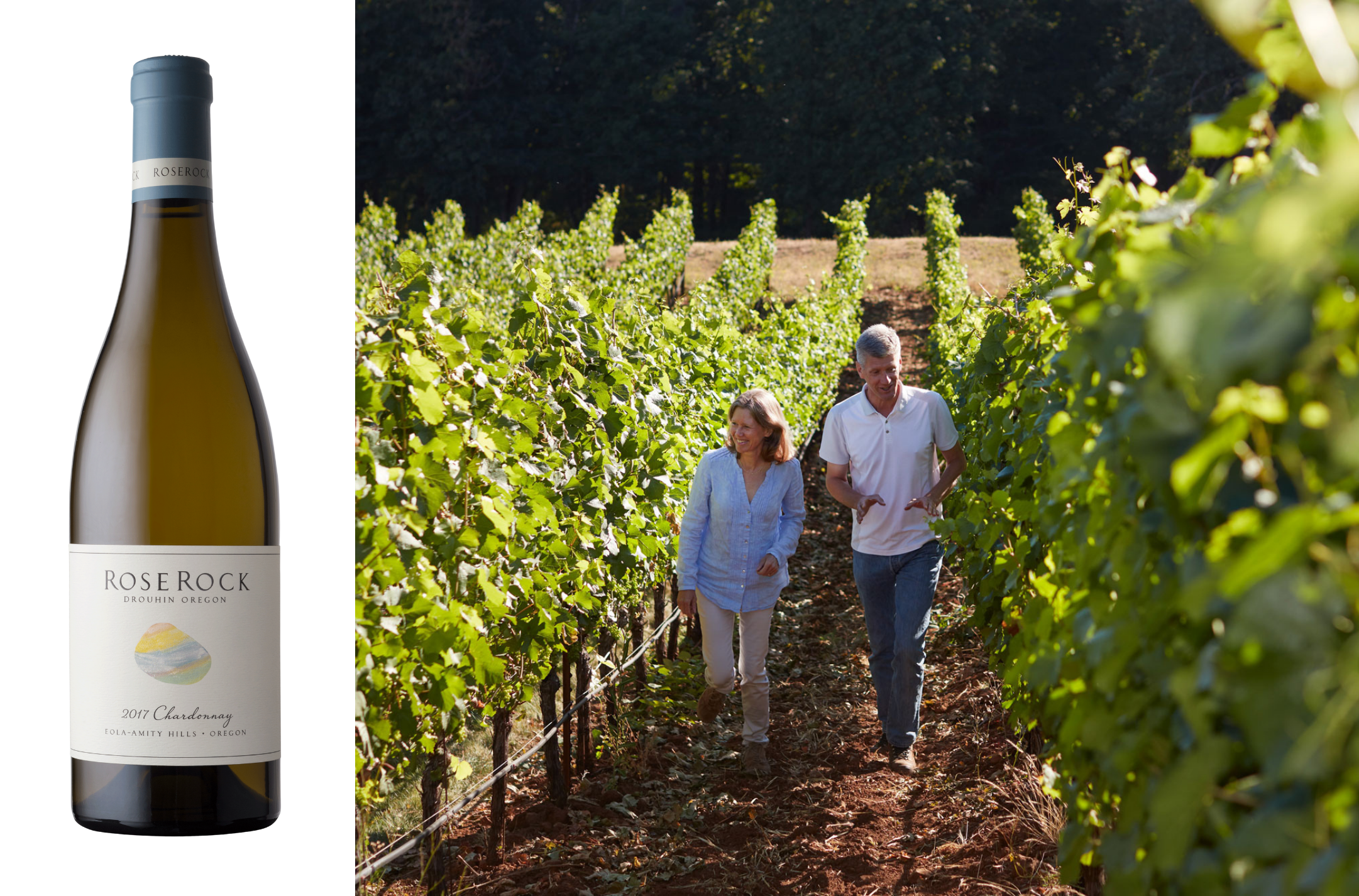 “The Roserock vineyard has its own magic, in part due to the three blocks of Chardonnay planted there. It’s a cooler site, and year after year I am amazed by the quality.  The wine is delicious now, but I think if you put some bottles aside, you’ll be surprised by how well it can age. But now is good!”

Our Roserock Chardonnay brings together the estate’s three Chardonnay blocks, which are handpicked and sorted. The Chardonnay is pressed immediately, and sent in equal parts to tank and barrel. Once malolactic fermentation is complete, Véronique assembles the two portions into her final cuvée.

The 2017 growing season began with a surprisingly cool, wet spring, which meant that we didn’t see budbreak until the end of April. Flowering was delayed until late June, but July and August heat helped push harvest up to mid-September. That’s more in line with historical averages, and meant that the Chardonnay was harvested under cooler temperatures. Like the previous three vintages, yields were strong and the flavor development exciting.

The 279-acre Roserock estate sits on a south-facing ridge in the southern Eola-Amity Hills AVA.

This sub-appellation of the Willamette Valley has become synonymous with expressive, evocative, world-class wines. An idyllic setting, the property includes 122 acres of vines as well as stands of ancient white oak trees, a pond fed by Brush College Creek, and meadow hemmed in by evergreens. Here, just 25 miles south of sister estate Domaine Drouhin Oregon, a markedly unique climate and soil profile create the ideal growing conditions for cool-climate Pinot Noir and Chardonnay.

Roses are fleeting expressions of beauty, while rocks evoke strength and permanence. Roserock Vineyard is already living up to its name, producing wines of grace that are delicious upon release but have the potential for outstanding longevity.