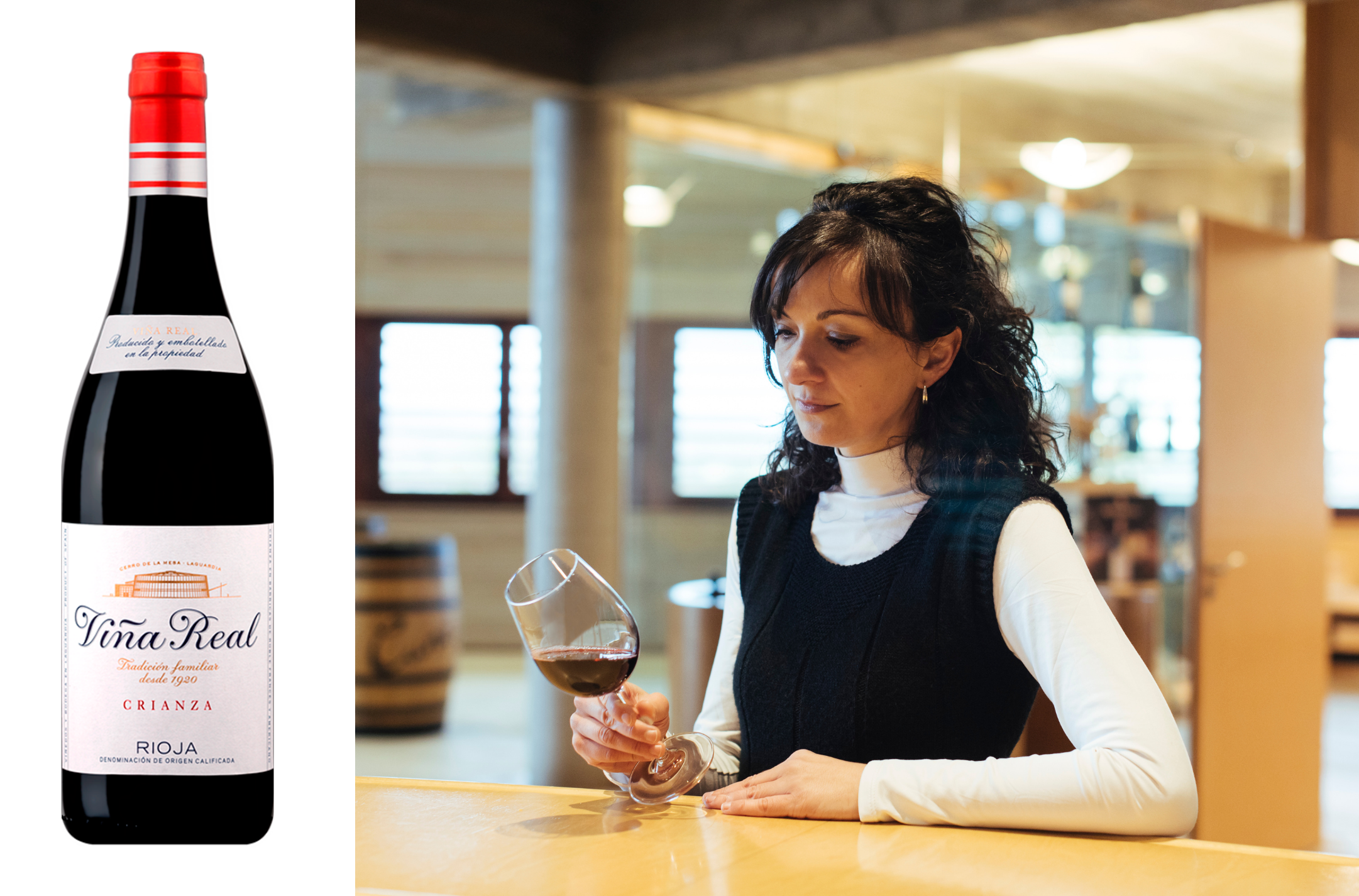 “In 1920 the first Viña Real wines were launched. These wines were produced from grapes grown around Elciego, in the heart of the Rioja Alavesa province.”

At Vina Real, the 2016 harvest started the 5th of October and finished the 25th with excellent results whether in quality or quantity, even better than the previous year.

After a growing season marked by the drought and the high temperatures in the summer, gentle rainfall arrived in September to help the ripening of the grapes.

The destemmed grapes were placed in stainless steel tanks where alcoholic fermentation takes place for 10-12 days with a temperature control between 26-28 º C. Once the malolactic fermentation has been done the wine goes mainly to age in American oak barrels where it remains  13 – 14 months. During this time, the wine acquires the aromatic balance which characterizes the wine as well as its finesse and great expression.

Viña Real dates back to 1920. Today this winery is not only a winemaking pioneer in ageing Rioja Alavesa but a timeless brand that has always remained faithful to its roots, with authenticity and sincerity at the fore.

Ever since then, a meticulous balance between tradition and modernity has defined the shape and content of Viña Real.

2004 saw the inauguration of the new Viña Real winery in Laguardia, where the whole process takes place from receiving the grapes to dispatching bottled wines.

Rioja Alavesa grapes are at the very heart of this winery. The winery’s name was inspired by the proximity of its vineyards to the old Camino Real. Clinging to this same patch of earth and blending into the Cerro de la Mesa hill is a monumental 30,000-square metre vat: this is the Viña Real building, an iconic design built in 2004 that masterfully blends the construction into the Riojan terrain.