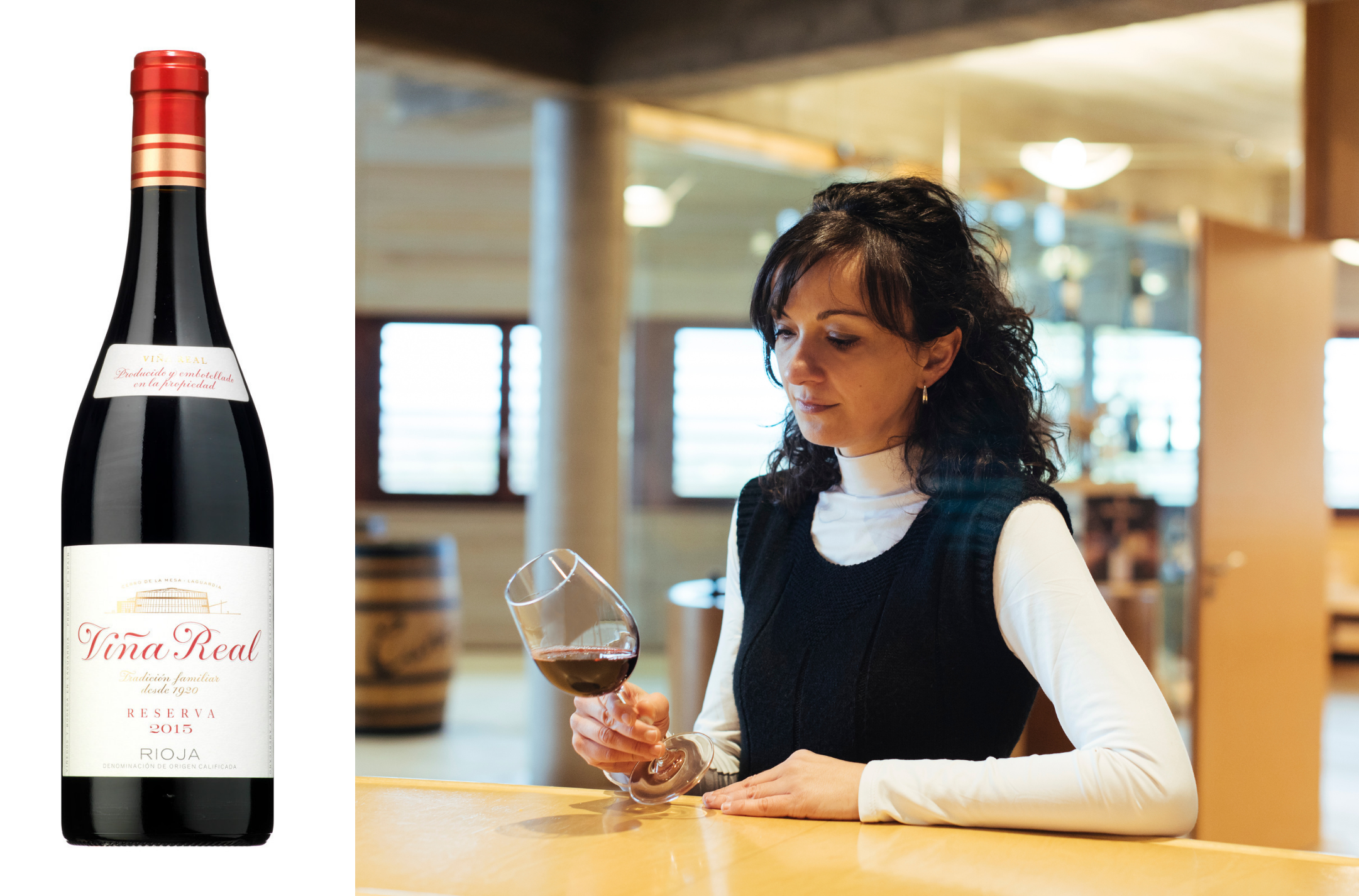 “The first Viña Real wines were launched in 1920. They were produced from grapes grown around Elciego in the heart of the Rioja Alavesa province and in which the personality, character and elegance of this region blend seamlessly with the balance achieved through perfect ageing.”

At Viña Real, the 2015 harvest started relatively early (about 10 days) on the 15th September and finished on the 6th October. This vintage gave improvement both quantitatively and qualitatively compared with the two previous harvests. After favourable weather during the growing season and combined with careful attention to the vines aimed at preserving the health of the grapes, the vineyard was in excellent vegetative condition at the end of the summer; expectations were for a great harvest. Good weather throughout picking enabled a very selective harvest from high quality plots located in Rioja Alavesa.

After a cold maceration, the alcoholic fermentation took place in stainless steel tanks at controlled temperature. Ageing was then carried out in new and second use oak barrels (70% French and 30% American) where it remained for an average of 22 months. Once bottled, the wine was aged in Viña Real’s underground cellars for a minimum of 18 months, developing roundness and complexity before being released to the market.

Viña Real dates back to 1920. Today this winery is not only a winemaking pioneer in ageing Rioja Alavesa but a timeless brand that has always remained faithful to its roots, with authenticity and sincerity at the fore.

Ever since then, a meticulous balance between tradition and modernity has defined the shape and content of Viña Real.

2004 saw the inauguration of the new Viña Real winery in Laguardia, where the whole process takes place from receiving the grapes to dispatching bottled wines.

Rioja Alavesa grapes are at the very heart of this winery. The winery’s name was inspired by the proximity of its vineyards to the old Camino Real. Clinging to this same patch of earth and blending into the Cerro de la Mesa hill is a monumental 30,000-square metre vat: this is the Viña Real building, an iconic design built in 2004 that masterfully blends the construction into the Riojan terrain.