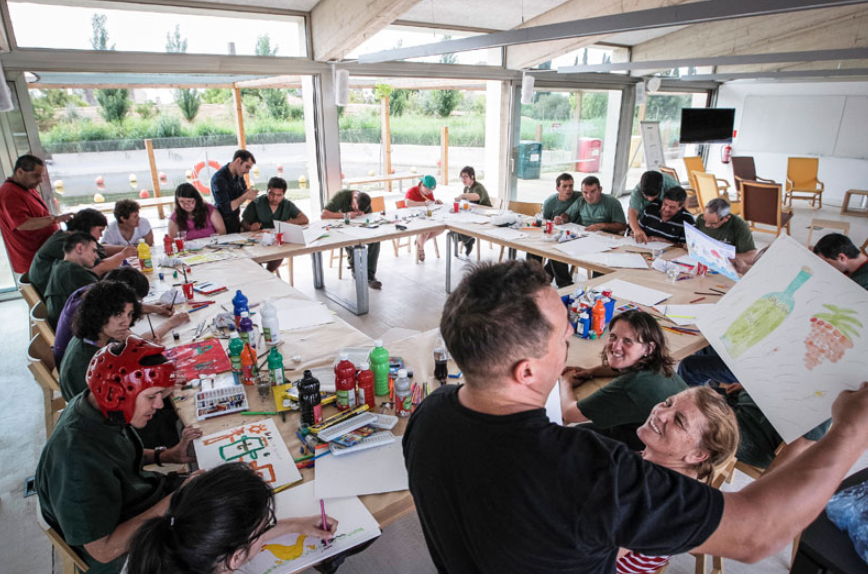 4 kilos are fast becoming one of my favourite Spanish producers.

Based in Mallorca and named after the 4 million Peseta investment to set the winery up back in 2006 (about €24,000), they have been producing some epic wines ever since.

Formed by winemaker Francesc Grimalt and musician Sergio Caballero, their first vintage in 2006 was vinified in milk refrigeration units before being released to market in 2008. They later converted a former sheep farm into a small winery to produce their wines. Francesc is more widely known in wine circles for rescuing the native grape Callet into the Balearic wine scene. Sergio is more widely known for being the founder of the Sonar music festival in Barcelona. They are a company ‘dedicated to producing wines that reflect the strength of the grape and its nuances but with a different approach and different presentation’ It’s an eclectic mix but it works in both the quality of the wine and the branding of the bottles. 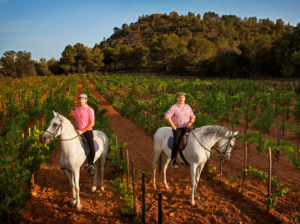 Not belonging to any formal Spanish DO they are able to produce grapes in their vineyards in both the north and south of the Island and are dedicated to indigenous grapes alongside more widely known varietals Merlot, Syrah and Cabernet Sauvignon. The project uses the indigenous grapes as the stars of the wines; the global varietals are often included in the blends as a form of seasoning or texture, the same way a chef would add pepper or crunch to a dish.

It is their final offering ‘Gallinas y Focas’ (Hens and Seals) that recently caught my attention, firstly in terms of the quality of the wine but secondly due to the winery’s collaboration with Amadip Esment.

Amadip Esment is an organisation based in Mallorca dedicated to assisting those with mental disabilities to enjoy the same rights and opportunities as all citizens. This includes assistance with job placement, social housing and apprenticeships.

The members of the organisation played a part in the entire winemaking process; each aspect has the Amadip Esment stamp to it. This ranged from hand grape selection to grape treading, they even produced the illustrative drawings of seals and hens that adorn the bottle labels and also came up with the name ‘Hens and Seals’. When asked how they came up with the name, their answer was simple, “Hens are funny and Seals clap!” 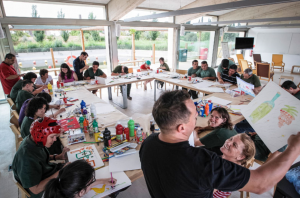 According to Cabellero, the team achieved “a unique wine, their own, unlike any other, they have made it come out that way.”

The wine they finally produced is a blend of 90% Manto Negro and 10% Syrah, spending 12 months in 500l French oak barrels, 6 months in 4,000l French Oak Foudre and 6 months additional bottle ageing. Manto Negro is a red grape grown on the Balearic Islands and todays is almost exclusively found on Mallorca. It is late-ripening and produces large, thick-skinned grapes that when matured create high tannin structure. It dominates the blend of the wine at 90% with the remaining 10% made up of Syrah. The resulting wine is classically Mallorcan with rustic red fruit but a subtle elegance from the refined tannins and long dry finish.

On the nose the wine is expressive. The dark fruit is immediately prominent with blackberry, bramble, red and dark cherry. The palate continues the theme of dark fruit with a wonderful smack of cassis but there’s a slight dominance of red fruit coming through too. It’s full bodied but smooth and once given a bit of air releases aromas and flavours of fragrant herbs which balances beautifully with the ripe fruit.

The portion of Syrah brings a wonderful nuance of liquorice, spice and white pepper, nothing that overpowers the fruit; it’s a delicate side-note.

If this wine was a re-make of Batman and Robin, Syrah would play the role of Robin; the cheerful sidekick who never steals the show from Manto Negro but adds its own characteristics in an understated fashion.

It’s a wonderful wine that is both rustic and refined and is testament to work put in by 4 Kilos and the members of Amadip Esment to create the wine.

There’s a dedicated website set up for the project that I would urge you all to visit www.gallinasyfocas.com

It’s a fantastic and in-depth overview of the project that includes the original member illustrations created for the bottle labels as well as a superb video displaying the making of ‘Hens and Seals’ 2014. You can also check for your local stockists and distributors!

4 Kilos have described the wine as ‘rich in human contact’ and the wine is all the better for it. 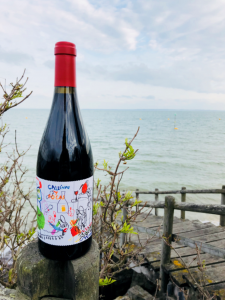