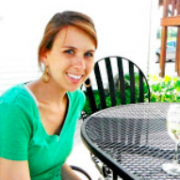 The Russian River Valley is known characteristically as a cool-climate region within Sonoma with heavy influence from the Pacific Ocean. The weather is friendly, and temperatures rarely rise above ninety degrees due to the ebb and flow of fog that enters through the Petaluma Gap. The region itself is known for some of the most expressive cool-climate Pinot Noir.

Despite these singular characteristics, the Russian River Valley has multiple climate zones and various soil types. More soil types, in fact, than all of France. There are so many nuances here that it’s hard to generalize a wine style from this region as a whole.

Russian River Valley growers have been aware of these influential differences and have been using neighborhood terms to define specific areas since the late 1800s.

Melissa and Ken Moholt-Siebert run Ancient Oak Cellars, a small family vineyard in the Russian River Valley. Along with their winemaker, Greg La Follette, they are advocates for the Russian River Valley Neighborhood Initiative, which has spurred more in-depth study and incited the attention of consumers and wine industry workers within the last five years.

Melissa and her team are passionate about understanding the grapes, the land, and how the wines express individuality based on where they are from within the region. She mentions that along with the Neighborhood Initiative’s goal of identifying attributes from specific wines within each neighborhood, the underlying purpose for the study is “to help celebrate the great diversity of the Russian River Valley appellation.”

Just like a city has a particular character, neighborhoods within that city have a feeling all of their own. She continues, “Just like with the neighborhoods of San Francisco, or Portland, or Boston, folks may disagree exactly where one ends, and another begins. Although people appreciate the neighborhood in which they live, they can admit that others have excellent—if quite different—attributes.”

What is most important is that, even if one prefers one neighborhood over another, according to Melissa, one is not inherently “better” than another. So this is with the neighborhoods of the Russian River Valley.”

Rod Berglund, the winemaker for Joseph Swan Vineyards has been a key player in the Initiative since the beginning. Early on, as requested, he created an education program for Masters of Wine on the differences within the Russian River Valley. “Since everyone was familiar with Burgundy,” he says, “I tried to draw some parallels.” He took a map of the Russian River Valley and drew circles around the areas where he thought they should taste wines. The lines were so everyone could get a visual of where the wines originated. “I referred to them as the neighborhoods of the Russian River Valley to try and illustrate that while there was an overriding character for the wines of the Russian River Valley, there were also nuances if you looked closely enough. Our AVA is a lot more complex and less monolithic than was generally believed.” A lot like the crus of Burgundy. He wasn’t sure how much of the audience bought it, but the map was eventually published.

The Russian River Neighborhood Initiative is still in a discovery period and wines from each of these neighborhoods are being looked at over time to discover the unique differences that help define them.

Blind tastings occur each year, mostly with Pinot Noir, where winemakers taste, discuss, and explore the diversity of wines from each neighborhood and what distinguishes them from the larger Russian River AVA. These unique characteristics are continuously identified as the vineyards and winemaking develop.

Greg La Follette at Ancient Oak Cellars, has been involved in the Neighborhood Initiative since its early days. His scientific background and work with UC Davis has been fundamental in the endeavor. Matched with years of tasting, he says, “the initiative aims to continue to work with UC Davis to investigate elemental components and form statistically significant differences among each of these neighborhoods.”

UC Davis is invited to participate in meetings and discussions and perform analysis on chemical composition between neighborhoods. Their results help verify these differences in tastings. Their scientific chemical analysis recently proved more to these areas than solely what people are tasting.

Wines blended from different neighborhoods are just as crucial in representing the Russian River Valley. Rod Berglund elaborates, “When you blend the high acid and lower alcohols of Sebastopol Hills with the pretty red fruit flavors of wines from the Santa Rosa Plain; or the spice of Laguna Ridge with the structure of Middle Reach, you can produce a wine that is no less interesting than the individual vineyards from which they came, but simply with a different vision.” He believes that if you have enough experience with these nuances, you may be able to see how a wine was put together similar to a meal from a favorite chef.