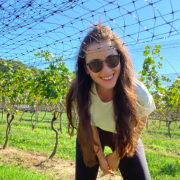 The First Wine Producer in Turkey

Anatolia has been home to many great empires in history. Just six years after the Ottoman Empire collapsed and The Republic of Turkey was founded in 1923, Kavaklıdere Winery was established in 1929 by the children of Tunalı Hilmi. This winery was Turkey’s first wine producer in the private sector starting out with 28,000 liters of wine produced from the Kalecik Karası grape variety in Ankara’s Kavaklıdere region.

Although Kavaklıdere Winery could not make a profit in its first harvest, their wines had sold out due to a public declaration by the Republic of Turkey’s founder Mustafa Kemal Atatürk in 1932 who said, “Kavaklıdere wine is genuine wine.” This was a milestone that allowed the winery to become world-renowned.

Even though there are now malls and hotels erected where their first vineyards were established, their father’s name has been given to one of the most important streets of the Kavaklıdere region. They continue to produce wine in Ankara, but the winery has slowly moved from the downtown area. Eventually, they extended their total vineyard area to 655 hectares from Ankara to areas all over the country. They now have a production capacity of nearly 20 million liters of wine annually.

Kavaklıdere has not only grown but is also making efforts to help prevent the extinction of many Anatolian grapes, such as Kalecik Karası, Öküzgözü, Boğazkere, Bornova Misketi, Narince, and others. Additionally, the Turkish Wine Producers’ Association (www.sarapureticileri.org) was founded by Kavaklıdere’s owners in 1976 as a guide for other local producers. Now, Kavaklıdere’s expansion of vineyards are bringing the spirit of Turkish wines to a global stage. Their flagship vineyards are The Pendore Vineyards and Cotes d’Avanos Vineyards which were established in 2005 and 2003, respectively.

The Pendore Vineyards are in Turkey’s western Aegean Region where the viticultural history goes back at least 2,800 years. The grape clusters pictured on coins from the nearby ancient city Sardis are an example of that. This vineyard is the largest contiguous vineyard in Turkey with 194.2 hectares and they rise between 250 and 450 meters above sea level. This location is at a transition point of the Mediterranean and Continental climates and results in two distinct microclimates. For these reasons, the Pendore Vineyards are divided into small parcels based on climate and soil type. The only white grape grown here is the native grape Bornova Misketi. This variety is an offspring of Muscat Blanc à Petits Grains. The result here is highly aromatic and perfumed wine that smells of fruits and florals. But black grapes are the focus at Pendore Vineyards including Öküzgözü, Boğazkere, Cabernet Sauvignon, Merlot, Petit Verdot, Malbec, Syrah, Grenache, Mourvèdre, Sangiovese, Tempranillo, Montepulciano, Carignan, and Alicante Bouschet. One of the most important wines from this vineyard is the Pendore Öküzgözü. This elegant wine has ripe tannins balanced by lively acidity.

Côtes d’Avanos vineyard is in the mystical Cappadocia region. When the history of this area was examined, golden wine pots found in royal tombs estimated to date back to 2000 to 3000 BC. The region’s reputation is based on its unique soil of volcanic tuff with high limestone level and great drainage. Additionally, a region with a Continental climate and a high diurnal range ensures a strong, crisp acidity that forms the backbone of these wines. Both local and international grape varieties are grown in 179.4 hectares including white grape varieties, Narince, Emir, Chardonnay, and Sauvignon Blanc. Black varieties are Kalecik Karası, Öküzgözü, Cabernet Sauvignon, and Tempranillo. Emir from this region produces light and delicate wines while Narince wines tend to be fruitier and fuller in body than Emir. It could be said that Emir has similar profile to Sauvignon Blanc, while Narince to Chardonnay.

In 2008, Kavaklıdere began to receive consultancy services from the world-famous French vigneron Stéphane Derenoncourt and his team. ‘Côtes d’Avanos Narince-Chardonnay’ could be shown as one of the successful results of this partnership. A blend of indigenous and international varieties, it gained great importance by winning multiple prestigious awards. It is fermented eight months in French oak barrels and with aged on its lees. Orange peel and tangerine are typical aromas and flavors of the Narince grape variety. Narince is named after inspiring the words “Narenciye” meaning citrus fruits and “Narin” meaning delicate.

With Stéphane Derenoncourt`s expertise and the winery’s 90 years of experience, Kavaklıdere has become an international player. In 2016, at Derenoncourt’s suggestion, Kavaklıdere bought Château La Croix Lartigue in Côtes de Castillon, the neighboring area of St. Emilion. According to Bordeaux tradition, when a ‘Château’ goes for sale, the neighbors are first asked. If one of the neighbors does not want to buy it, the “Château” is put up for sale to foreign investors. When Château Claud Bellevue, a neighbor of Château La Croix Lartigue, went up for sale, Ali Başman, 3rd-generation executive director of Kavaklıdere, additionally bought the nearly 200 acres of vineyards. The wines are composed of Merlot and Cabernet Franc varieties. While Château La Croix Lartigue has generous black fruits and licorice aromas on the nose, Château Claud Bellevue has more minerality and oaky aromas such as dark chocolate and hazelnut.

These two chateaux are in the village of Belves de Castillon. The distinctiveness of this region is related to the moderate effect of the nearby river and limestone soil structure. Wines have been produced under the name “Maison Kavaklidere” since 2016 and are subject to the rules of Castillon Côtes de Bordeaux appellation.

Ali Başman’s daughter Aslı Başman compared the winemaking of these two countries, “The biggest advantage of having more flexible production limitations in Turkey is to be able to process different grapes in different terroirs. Since we attach great importance to the grape and the terroir concepts, we process and observe 14 different grape varieties one by one in Pendore Vineyards. By doing that, we gain the ability to compare different varieties in different terroirs. For instance, Pendore Öküzgözü (Aegean Region) and Prestige Öküzgözü (Eastern Anatolia Region). These flexibility gives manufactural freedom to our winemakers at critical points such as blending rates or aging time in the barrel.

On the other hand, the biggest advantage of making wine in a more regulated system is that you become well-known in the world and people take what you are doing seriously.  However, this market is obviously more competitive than Turkey.”

Lastly, she added, “You need to work harder to expose yourself in the appellation of Castillon Cotes de Bordeaux, because there are more than 200 producers in the same appellation system. This amount is almost equal to number of Turkey’s whole producers. This is the beauty of this job.”