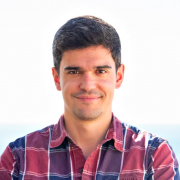 You may be familiar with Barbe-Nicole Ponsardin, the French lady that borrowed her name and marital status to Veuve Clicquot, one of the world’s most famous wines.

Lesser known is the history of Antónia Adelaide Ferreira, contemporary of Veuve Clicquot, and one of the significant figures in the Port wine trade. She also lends her name to some well-known Port wines, including the premium Porto Ferreira Vintages.

Antónia was born into a family of wine producers and Port traders in 1811. Her father, José Bernardo Ferreira, married her to a cousin, António Bernardo II, in 1834. Bernardo was a bon vivant and squandered a large part of his fortune. He died in 1844, leaving his wife a widow at just 33 years old.

She took over the family’s businesses, disposing of the investments made by her late husband and allocating resources into the production and trade of Port wine.

Her vision, courage, independence of spirit, and entrepreneurship, allowed her to successfully manage the businesses becoming the most prominent landowner in the Douro Valley, and boasting one of the largest fortunes in Portugal at that time.

In 1853, Antónia accumulated the inheritance of her in-laws, husband, and father, which made her daughter, Maria da Assunção, coveted by the Portuguese aristocracy’s main houses.

A year later, the Duke of Saldanha, then President of the Government of Portugal, decided to marry his son to Assunção. Antónia’s refusal of the request, claiming that her daughter was only 11 years old, would give rise to one of the most “romantic” episodes of the Portuguese 19th century.

In August 1854, the son of the Duque de Saldanha accompanied by António Bernardo III, brother of Assunção, and other friends, went to Quinta de Travassos aiming to “kidnap” the young woman but Assunção was already in Régua protected by her mother.

Feeling insecure, Antonia decided to leave the country and travel to London, accompanied by Francisco Silva Torres, who later became her second husband. Before leaving, she published a protest in the press against the Duque de Saldanha, whose publicity had strong social and political repercussions. Two years later, Antónia, Francisco, and Assunção would return to Portugal.

After returning to Portugal, business kept growing. In the fifties, the oidium plague ravaged the Douro Valley, but with plenty of wine in stock, her company could afford to sell at a high price when production was low and to buy properties when farmers went bankrupt.

In 1861, after a visit to her esteemed Quinta do Vesúvio, Antónia returned to Régua by boat. On the vessel were her husband, Silva Torres, her daughter, her son-in-law, and Joseph James Forrester. Struck by bad weather, the boat sank, and James was one of the casualties. On that day, Antónia escaped but lost a dear friend, and the Douro region lost one of its most fervent defenders.

“As the story goes, Dona Antónia was saved because her skirts formed a kind of balloon that kept her afloat until the time it took for help to arrive. The same fate did not save the cook, Gertrudes, one of Torres’ servants, or Baron Forrester, who sank and was never to be found. It is claimed that he sank without trace because he always carried a special belt with a large amount of gold coins.”

The first cases of phylloxera were detected in 1865. In a panic, farmers tried everything to fight the bug, but with no success. Today, when traveling throughout the region, it’s still possible to spot some “mortuários” or death beds. Properties and terraces were treated with harsh chemicals, making them unfit for agriculture.

The definitive solution to this problem came from outside. António Bernardo III who, visiting the Paris exhibition in 1889, sent information to his mother about the resistance of American vines to phylloxera. In 1892 began the distribution of these rootstocks by the different farms, and the planting of rootstock nurseries on several properties.

Looking east and into the future

Antónia foresaw the potential of Douro Superior and fought for the enlargement of the wine region. It’s important to mention that Quinta do Vesuvio, described by Forrester as “the estate among all estates – one of the wonders of the world”, despite producing top-quality wine, wasn’t part of the demarcated Douro area. The enlargement of the region was only approved in 1907.

“When our family acquired Quinta do Vesuvio in 1989, we decided to maintain the traditional granite lagares in which the grapes are trodden by foot, a centuries-old winemaking method that produces very high-quality Port, as shown by Vesuvio’s outstanding Vintage Ports.”

Her main associates were perplexed as this land was located in one of the most remote and inhospitable regions in Portugal. In the absence of roads, the safest means of transport were small boats pulled by oxen using ropes, capable of navigating the many rapids on the river, on a journey that took almost two weeks.

It only became possible to start this ambitious project after the completion of the Douro railway line. Over eight years, around 150 hectares of the mountain were cultivated, vines and olive bushes planted, and two wine cellars, a manor house, and various other buildings erected.

Due to a lack of human resources, hundreds of Galicians were hired. At a certain point, around 1,000 people were working in the estate. Creating conditions for agriculture required excavating the land up to 1.5 meters deep (5 feet), blowing up rocks, and rerouting watercourses. The works were concluded in 1895; however, Antónia didn’t have much of a chance to enjoy the rewards as she passed away in March 1896.

Ferreirinha was a respected figure and thousands attended her funeral. She was commonly referred to as “mãe dos pobres”, the mother of the poor, due to her charitable work, frugal life, and religious devotion. To the farmers, she became the example that the Douro people used to face British rule over the Port wine business, to show that they could fulfill their dream of entering the trade.

“I invite you to pay attention to the most famous names on Port wine labels. You’ll realize they are of foreign origin, Cockburn, Warre, Dow, Churchill, Taylor, and Niepoort are some examples. Among the few Portuguese you can find Ferreira alongside Borges and Fonseca.”

The most famous Portuguese still wines

From more than 20 estates belonging to the descendents of Antónia, Vale Meão was chosen by Fernando Nicolau de Almeida, a winemaker from Casa Ferreirinha, to produce a top-quality still red.

The wine, first released in 1952, was baptized as Barca Velha borrowing the name of one of the plots at Vale Meão.

Today it’s hard to grasp the immense challenges Fernando had to overcome. Educated in Bordeaux, he knew that the secret was to manage the fermentation temperature. Without electricity, he had to order trucks filled with ice that would frequently melt during the arduous journey from Porto to Vale Meão.

With the purchase of A. A. Ferreira by Sogrape in 1987, most of the grapes destined for Barca Velha started to come from other properties. In 2001, Sogrape ceased to rely on grapes from Vale Meão and began to vinify exclusively in the modern winery of Quinta da Leda.

With the deal, Quinta do Vale Meão passed to some heirs of Antónia Ferreira and was later bought by the businesswomen’s great-grandson and current owner, Francisco Olazabal.

In 1999, Olazabal launched its own wine, Quinta do Vale Meão. In the first year, the wine was made at Quinta do Vallado, but in 2000 it would already be made on the estate itself, whose cellar had to be shared with Barca Velha. It was the start of a new rising star born in Douro Superior, and the wine’s growing reputation, both at home and abroad, is the living proof that the immense legacy of Antónia Adelaide Ferreira lives on.

“This is the latest release from an estate that was founded in the 19th century by the legendary Dona Antónia Ferreira at a time when the upper Douro was almost inaccessible. This wine continues the line of magnificent wines created by her descendants.”