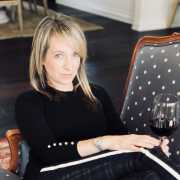 There’s a sense of wonder when speaking with anyone intimately familiar with the production of Sherry, arguably the most beguiling of fortified wines. But never is it more apparent than when conversing with the team at Bodegas Lustau, long considered one of the most celebrated Sherry producers.

Sherry in and of itself is a magical creation, painstakingly executed, often over decades, with infinite combinations of possibilities in the production process that will ultimately define the character of the final drink. Is there the influence of the mysterious flor? Has the wine seen the carefully measured kiss of oxygen? Perhaps both? Few producers understand and communicate this magic quite like Lustau.

“Making Sherry is more than a job, it is our passion,” says Lustau’s global ambassador, Federico Sanchez-Pece. “It comes in our DNA, it is a tribute to our region, our culture, and our tradition. We make it the same way it has been done since the beginning.”

Central to this magic is the role of the Capataz. Translating roughly to “foreman,” the Capataz leads the entire team in the cellar, overseeing the winemaking process and managing the people involved in production. Unlike a traditional winemaker, the Capataz is also responsible for preserving the identity of the winery and passing it down to the next generation. There are various Capataces within the bodega, each one heading up a different part of production. However, it is the Capataz General who oversees it all and is very much linked to the identity of the bodega. Many stay on for generations, leaving only to retire from work altogether, or, worse, passing away. At this point the baton is passed to someone on the team ready to take on the responsibility and trained under the tutelage of the previous Capataz.

Lustau’s current Capataz General, Sergio Martínez, is as humble as the Bodega’s origins, despite being named the Best Fortified Winemaker by the International Wine Challenge for five straight years. He understands deeply the importance of this role to the winery and treats the responsibility with great respect and reverence for the Capataces who came before him, and those who will come after.

One could say Martínez grew up with winemaking in his blood, spending his childhood with his grandfather in San Fernando, who owned a vineyard in the area and grew grapes for Sherry production. Martínez went on to study chemistry and, when he was finishing his studies, came to work for Lustau under longtime Capataz General, Manuel Lozano. At the same time, the Capataz de Bodega – the person responsible for organizing everyone in the winery – retired, and Martínez stepped into this role, while still working under Manuel. In 2016, Manuel suddenly and unexpectedly passed away; and, after thirteen years working with Lustau, Martínez became the Capataz General, a role he has held proudly for nearly six years now.

The Capataz: The Heart and Soul of the Bodega

Nowhere else is the uniqueness of Sherry production and its distinction from traditional winemaking more evident than when looking at the specific role of the Capataz. For table wines, the winemaking cycle renews each year, and, with the exception of certain premium wines that spend several years in barrel, these wines don’t generally take on a generational lifespan when it comes to their production.

“When you talk about enologists from, say, Northern Italy, or Rioja, or Napa, they select the right grapes, elaborate the wines, and, at the moment the wine is fully fermented and maybe aged, it’s over. It’s finished,” Explains Sánchez-Pece. “In the case of a Capataz in Jerez, Sergio looks after all those things too. But, at the end of fermentation, everything starts for Sherry because Sherry is a wine that has a minimum of two years of aging but often ages for more than thirty.”

There’s a reason Sherry bodegas don’t usually have a revolving door of Capataces. With still table wines, traditional winemakers can and do come and go, often working for multiple properties and in multiple regions throughout their career. Many are considered celebrities in their fields, choosing to leave their fingerprint on high profile wine brands and building a portfolio of work along the way.

Conversely, at Lustau, as with other Sherry houses, there’s a true celebration – and expectation – of legacy, and a spirit of apprenticeship that you don’t see in most modern industries anymore. Like Martínez, Capataces spend years training under their predecessors to learn the secrets of their bodega, carefully tending to barrels that have been aging for decades to ensure that the vision of the winery is carried out in the short and long term.

These secrets are passed down from generation to generation, with the wines being touched sometimes by several generations of Capataces before being released. Many may start a wine, but may not live to see it finished and bottled, so passing down the necessary skills and vision to the next Capataz is essential.

“Sergio has to know all the styles of all of the different soleras in order to keep the consistency of that style or brand of Sherry,” continues Sánchez-Pece. “In our cellar in Jerez, we have approximately 10,000 casks. And, every time we bottle, we have to know if every cask is ok to withdraw wine from there or not. It’s day-by-day work.”

This day-by-day work, recorded often over decades, is why the Capataz, in essence, represents the entire spirit and personality of the bodega on a level that transcends the traditional winemaker role.

It’s also a key part of what makes a great Capataz.

“The most important thing is that you have to love your work,” says Martínez, translated by Sánchez-Pece. “Because the work of a Capataz in the cellar means tasting a lot of casks every day and going through each solera again and again. The soles of my shoes are worn from walking the cellar, tasting every cask of every single style of Sherry.”

For nearly two decades, Martínez has made these daily rounds, marking the casks in the traditional way with chalk as those before him have done, carefully and lovingly nurturing the treasures of the Lustau bodega. Despite his twenty years with Lustau, he is still considered young as Capataces go, so it’s unclear who will take on this role when he passes the torch. But, he knows he is surrounded by a dedicated and knowledgeable staff who are slowly learning the secrets of Lustau alongside him.

When asked how he would feel if one of his two daughters – aged four and eight, who love to visit the cellar and play among the casks – were to follow in his footsteps at Lustau, Martínez gets sentimental.

Sánchez-Pece translates for him: “He would be really, really happy. He would recommend to her to study, to get the experience, and to work hard, because his work here is really, really beautiful.”