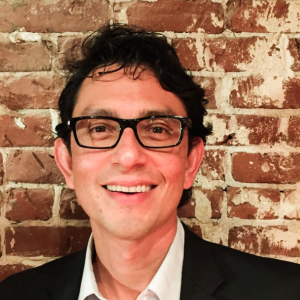 HINE Cognac: From The Vineyards To Spirit

There are spectacular mountainous landscapes in Cangas, vineyards growing on steep hillsides in deep river valleys, all surrounded by lush greenery among the clouds. In the province of Asturias, this may be one of the least-known wine regions in Spain, but not for long.

A land of heroic viticulture

The Principality of Asturias is located in North-central Spain. It belongs to an area known as “Green Spain”—because of its verdant landscapes, cool, rainy weather, and influence from the Atlantic Ocean.

Situated in the province’s Southwest corner and bordering Galicia, Cangas is sheltered from Cantabrian Mountains’ cold Atlantic winds  and the only wine appellation in Asturias, a region historically known for its cider production.

The long winemaking tradition of the region dates back to the 9th century with the arrival of the first monasteries. However, starting in the 1850s, the area was devastated by attacks of powdery mildew (oidium) and phylloxera, which caused huge crop losses and a significant decline in cultivated vineyard land. Low profitability, small parcel sizes, rural migration, and high labor costs due to coal mining nearby were all additional factors that contributed to the near-extinction of viticulture in the early 20th century.

It wasn’t until the 1990s when the region established an association of growers and producers, which encouraged new investments in rescuing old vineyards and implementing modern winemaking equipment. This led to significant quality improvements.  The area gained official recognition as a quality wine designation (“Vino de Calidad”) in 2008, and a promotion to DO status looks imminent.

Currently, the appellation includes eight wineries with plantings of around 55 hectares (135 acres).

Albarín Negro is the most planted variety and a good introduction to the region. Also known as Alfrocheiro in Portugal and Baboso Negro in the Canary Islands, it produces fresh, approachable wines with flavors of red berries and spice.

Verdejo Negro (the Trousseau of Jura fame) is believed to have arrived in Asturias in the Middle Ages via the Camino de Santiago. It is the first red variety to ripen and makes pale-colored, elegant wines with red-fruit aromas and lively acidity.

Carrasquín is arguably the flagship and most noble grape of Asturias. It’s disease resistant and well-adapted to the local climate.  It’s widely considered capable of producing high-quality, distinctive wines with dark-fruit aromas, firm tannins, and the typical Atlantic style reminiscent of a great Loire red.

There are also small plantings of Albarín Blanco, a white grape that combines the crisp acidity of Albariño with the intense aromatics of Verdejo. It is made in a fresh style as well as in rounder, full-bodied expressions from lees contact.

One of the leaders in the renaissance of Asturian wines is Bodega Vidas, a small, family-run winery owned by Beatriz Pérez and her husband Pepe Florez. They manage five hectares  (12.3 acres) of 40- to 60-year-old vines, producing 30,000 bottles annually, most of them from native red varieties.

AI: How did you start your journey in wine?

Beatriz Pérez: I have a Ph.D. in Physics, and my husband has one in Chemistry. We lived outside Asturias for many years and wanted to raise our children close to our families, so we decided to return home.  Wine had always been part of our lives when growing up. But soon after returning, we realized there was an opportunity to help recover the local viticultural traditions that were in danger of disappearing. So, in 2012, we decided to start our project with the winery.

BP: We have mountainous terrain, with a 70 percent slope, making it hard to use tractors or machinery in our vineyards.  We work with small parcels and do all the work by hand, from pruning and maintenance to harvest. Fortunately, we’ve been able to preserve many native grape varieties in the region.  Most of our vineyards are co-planted with different varieties.

AI: What’s the story behind the name of your winery?

BP: Vidas is an acronym for “Vinos de Asturias.” My husband and I initially fell in love with the project, and with the idea of opening the winery; then we convinced five other family members to help us get it started. So, we’re seven founders in total, hence the “Siete Vidas” label.

AI: How would you describe the style of your wines?

Our most popular bottling is Siete Vidas, a blend of four red varieties made in a young, fresh, unoaked style. Cien Montañas (One Hundred Mountains) is our range of native single-varietal wines: Albarín Blanco, Albarín Negro, Verdejo Negro, and Carrasquín.  All of them are partially fermented with whole clusters, aged for ten months in French oak, and bottled with low SO2.

Our winery is small; our yields are low, and our costs are high. As a result, our production is very artisanal, and all our wines are coddled, from vineyard to bottle.

AI: How has your project evolved over these last years?  What kind of challenges have you faced?

BP: Initially, it was difficult, mostly because Asturias has always been known for the production of cider. Internationally, the main challenge has been building brand awareness. Cangas is a tiny region, one of the smallest in Spain, and Asturias is not as easily recognized as other Spanish regions like Andalucía, Catalonia, or the Basque Country.

However, we’ve made great progress in the last few years—five new wineries have opened up in Cangas since we arrived. And we believe our wines are the best representation of our region’s quality.

AI: What’s next for Siete Vidas and Cangas in the next few years?

BP: We planted a new vineyard three years ago, and we’d like to continue growing, particularly with more white varieties.  As a region, we want to continue building our reputation in Spain and internationally. Lately, you hear a lot about neighboring regions like Bierzo and Ribeira Sacra, and we’d like to be part of that conversation.

AI: Finally, what types of dishes would you pair your wines with?

BP: Our wines are very fresh and food-friendly. Traditional Asturian dishes like chorizos and stews go well with the reds. For example, our Siete Vidas Tinto is a great match with Fabada Asturiana (a rich bean and smoked meats stew). The Albarín Blanco would go nicely with spicy dishes, too.
In this new world of wine that’s looking for diversity and “terroir” expressions, Asturias represents a new frontier. With a breathtaking landscape and distinctive grape varieties, a small set of dedicated people are going to great lengths to rescue their century-old traditions.