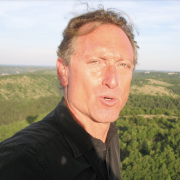 Whether traveling between Prague and Vienna—two of central Europe’s most happening burgs – curious to discover a newly-emerging old wine area, or along your US city streets desiring a crisp and fun víno, place the Czech Republic’s southern Moravia at the top of your list.

Wine has been produced in what is now the Czech Republic since the 9th century. Today, the region’s circa 1995-wine law is applied to Moravia’s 37,000+ acres planted to vine by more than 14,000 predominantly small, family growers. Like its more renowned central European neighbors of Austria and Hungary, the ongoing impacts of climate change have shifted its cool, continental climate to allow for a greater ripening of grapes such as the top-planted white of Veltlínské Zelené and red of Frankovka, better known to lovers of Austrian vinó as Grüner Veltliner and Blaufränkisch. Three quarters of all grapes are white with other commonly found ones Muller-Thürgau, Riesling, Welschriesling, Pinot Gris, and the indigenous Pálava; fleshed out by other reds St. Laurent, Zweigelt, and Pinot Noir.

A Lay of the Land

This region’s northerly limestone cliffs imbued with loess and clay are the source of the best Pálavas, a Gewürztraminer and Müller Thurgau cross noted for its light and crisp body, ‘Gewürztraminer-light’ aromas, and capacity to be vinified in many styles

Located steps from Valtice’s historic Baroque chateau, the National Wine Centre oversees the interests of Moravia’s wines and is worth a stop for its tasting salon and to learn which of its members you’d like to visit.

Diversity is key in the soils, microclimates, varieties, and styles of Velke Pavlovicé, and some of Moravia’s best sparkling, red, and white wines are made here.

The Morava River valley is the centerpiece of this easternmost, topographic- and population-diffused sub-district. Often referred to as the Moravian Toscana, it is home to Moravia’s northernmost vineyards.

There’s an exciting natural wine movement underway in the Czech Republic, with several trailblazers leading the way. The U.S. market is taking notice.

New England startup marketers and friends Amanda Wilson and Heidi Wettach were on a road trip between Prague and Vienna in 2016 when they decided to make a pit stop at the winery Krásná hora, located in the Slovácko district. “We fell in love with the Dubas family and their wines, and so bought many for our stay in Amsterdam and also  to send to the US. They recommended us to Gala and Volařík,” says Wilson. “Because of their dedication to local varieties and traditional styles, we consider Volařík as the ‘Sam Adams’ of Moravia.”

When establishing his winery in 2007, Miroslav Volařík pioneered the development of the elusive middle ground between balancing quality and quantity, working through integrated pest management. He and daughter Radana Stahalová now oversee 90 hectares with Radana’s brother running the adjacent restaurant and hotel. They view their Veltlínské Zelené (a.k.a. Grüner Veltliner) as reminiscent of Austria’s, but their dry and off-dry Pálavas grabbed my attention for their balance, varietal clarity, and length of finish.

Accustomed to what he called “Indian summers”, biodynamic grower Marek Dubas describes the rainy late September 2022 harvest as similar to 2010 and 2014, with “the grapes still perfect and hanging on the vine.” He works with four Dijon clones of Pinot Noir on three hectares, buying more from neighbors for his many sparkling bottlings. He combats the excessive rain by planting a wealth of cover crops in the hope that botrytis and excessive nitrogen don’t inhibit production in the low-trained, low-yielding vines. The Riesling, sparkling rosé, and still Pinot Noirs we tasted found my palate leaping from cloud to cloud.

Jenny & François Selections is likely the largest importer of Moravian wines into the US. Founder Jenny Lefcourt views not having a monolithic wine culture as a Czech Republic advantage. “It’s a significant part of our expansion into central Europe,” says Lefcourt, with natural winemaker Milan Nestarec’s wines selling as much as the remaining eight Moravian wines she and business partner Phil Sareil inventory. With Sareil’s wife being Czech, the couple took a sabbatical between his previous gig with importer Kermit Lynch and starting his new role replacing the “Francois” of Jenny & Francois Selections. “With so much wine in the world, and having been held back by Communism, a new batch of winemakers there had to teach themselves anew,” he observes.

Monika Mrakavova was raised surrounded by wine and is now a wine buyer for a Whole Foods Market in Austin, selling Nestarec’s Forks & Knives white, red, and rosé. The Brno native would like to work with more Moravian wines “like Jaroslav Springer and Petr Koráb but they’re either unavailable in Texas or not imported.”

Zack Eastman, buyer for the Chicago-based bottle shop, bar, and online store Easy Does It likes “Nestarec’s appeal through its label and multidimensional wines, especially the pink Pet Nat which has a lot of verve.” Eastman is motivated by personal interest along with the visibility Nestarec has with the younger, natural wine-loving set looking for uniqueness as a qualifier along with quality in the glass. Maydan DC’s sommelier Drew Hairston happened upon some Moravian wine left from a predecessor during the pandemic that piqued his interest. “It was sort of an Easter egg left for me,” he chuckles. “The consistent availability of Nestarec’s wines is critical so our customers can build and maintain interest, especially through our pairing programs. We’re known for using the likes of his wild Neuburger Pet Nat.”

With only five miles separating them, Moravia’s twin modern winery architectural marvels are Lahofer and Thaya. It was at Thaya’s neighboring biodynamic winery Špalek that I encountered Professor Henry Hanson of Czech Technical University who has taught in Prague since 1999, as well as and at North Carolina State University. “Lahofer’s an impressive, transparent architecture that connects to the landscape of the vineyards surrounding it with elegance and resolved simplicity,” says the wine-loving American. “No longer ensconced in historical precedent, and committed to a sophisticated wine experience, both are paradigm shifts for the perception of Czech wines.”

Receiving her first pallet of wine in June 2021, Massachusetts resident Veronika Wills spent her first 23 years learning the ropes at her family’s Spěvák wine estate, its 13 hectares of Slovácko vineyards yielding seven still wines she now imports for sale in six US states. As an importer with a sole supplier, from the outset she demonstrated an atypical initiative in allying herself with neighboring New England chef Andrew Swain who worked to develop a range of recipes and pairing suggestions to accompany her wines. It’s strategies like this that will no doubt help raise awareness of this emerging wine region and build curiosity among wine consumers.

With climate change making for better ripening throughout central Europe, Moravia’s natural wines emerging as an exciting category in the United States, and a great diversity of cool climate grapes and styles, the Czech Republic’s small and unique production offers delicious opportunities for those willing to explore them.