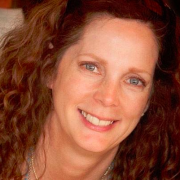 Deep in the heart of Texas is the Hill Country, a wine travel destination known for historic German towns, limestone bluffs, and plenty of Texas charm. The Hill Country is the largest AVA in the state and the third-largest in the country. There is no question that the dedication of Ed and Susan Auler, owners of Fall Creek Vineyards, has helped to make the Hill Country the top destination it is today.

Upon Ed’s graduation from the University of Texas’s Law School, his father turned over the Fall Creek Ranch operation. Ed quickly realized that ranching was more a “way of life” than a profitable endeavor. His father had introduced a French breed of cattle to the ranch, and Ed thought perhaps a trip to France to look at other breeds would revive their ailing cattle business.

It was Susan’s suggestion to visit wineries while traveling through France. After three weeks traversing the country from Bordeaux to the Loire Valley and regions in between, the Aulers noticed the many geographic and climatic similarities between their home and parts of France. They returned to Texas with a new idea—why not plant wine grapes?

At the time, wine and winemaking were not considered legitimate agriculture in Texas; there was only one commercial winery, Val Verde, in the state. The Aulers’ understanding of planting suitable grapes in the right soil was seminal to their success. After consulting with experts at Texas A&M and Texas Tech, Fall Creek Vineyards planted the first wine grapes in the Hill Country in 1975.

Their success led to more consultations with growers in Napa, France, and the Viticulture & Enology Department at UC Davis. They purchased 400 more acres and dedicated them to vineyards. By 1979, Ed had officially shifted his career from law to winemaking and established Fall Creek Vineyards in Tow, Texas.

The 1980s were a period of fast growth and change, not only for the Aulers but also for the Texas wine industry. They consulted with the late André Tchelistcheff, and founded the Texas Hill Country Wine and Food Festival. Most importantly, Ed’s application to the US government establishing the Texas Hill Country as the state’s first AVA was granted in 1991.

In 2012, the Aulers sought a new winemaker to take Fall Creek Vineyards to the next level. They needed someone who could navigate the relationships they had cultivated with winegrowers and who could manage the vineyards. They turned to acclaimed wine consultant Paul Hobbs for a recommendation. Paul recommended Sergio Cuadra, who, when he first met with the Aulers, was already a renowned winemaker in his home country of Chile.

Sergio worked his first harvest in 1994. He moved on to make wine at some of the most renowned Chilean wineries, Concha y Toro and Caliterra (Mondavi’s Chilean partnership), the sister company of Errazuriz. During this 19-year accomplished tenure, he met and worked with talented and influential people like the French family of Jacques Lurton, Australian Kim Milne MW, and California consultant Paul Hobbs.

Eight years later, Sergio has made the Texas Hill Country his home. The wines of Fall Creek Vineyards continue to receive top recognition in wine competitions and events around the country. In Sergio, the Aulers found a winemaker with the desire and knowledge to bring their vision to fruition. His breadth of experience and spirit of excellence are what is needed to manifest the Aulers’ vision for Fall Creek Vineyards.

Penny Sadler: What attracted you to winemaking?

Sergio Cuadro: My grandfather, and then my uncle, used to run a vineyard and winery. Growing up, we spent almost every summer among vineyards and had the chance to get firsthand experience about what a vineyard and winery, especially an old one, looks and smells like. And I want to emphasize the smells of sulfur dust, fermentation aromatics, and the smell of an old, dark, adobe winery. I will never forget them. I really thought that the destemming machine was magical because I could not get how it was able to separate the stalks from the berries so quickly and effectively.

At the time, I wasn’t thinking of becoming a winemaker, but it is only now that I see those memories as harbingers of what came later in my life.

Also at the time, I guess I was enrolled in the right major (agronomy) because I had one of the best professors anyone can have. He was an agronomist and winemaker with research experience; he wrote hundreds of publications, and has a depository of great esteem among people in the Chilean wine industry. He knew which keys to play to get someone’s attention in both viticulture and winemaking. I was not only taught the basics about what there is to know about vine and wines (another story is what I actually learned about it), but I also got a bit of his passion and love for wines, how they are made, and how they have been around our culture since ancient times.

PS: Would it be accurate to say you have embraced Texas and Texas wine?

SC: Texans have been very warm and welcoming. I like it here. The Texas spirit of “Impossible just takes a bit longer,” is somehow inspiring and reminds me a bit of my home country.  By the way, the Chilean and Texas flags might be the most similar ones out there! After making wines for four decades, I have come to some conclusions. One of them is the importance of soils in explaining grape quality. The array of soil options in the Texas Hill Country is absolutely amazing. So yes, I have embraced Texas wines, and I am not planning to move.

PS: What appeals to you most about making wine in Texas?

SC: [It’s] difficult to choose one thing! In a way, I like the opportunity to surprise people with wines they did not expect can be produced here. On the other hand, there’s so much potential to produce high-quality wines and flood the rest of the US and the world that I want to be part of that process, for sure.

PS: Have you adjusted your approach to viticulture and winemaking drastically compared to Chile?

SC: Winemaking, not so much. About viticulture, in contrast, I had to come to terms with how vines develop each season. You are right—Texas and Chile are very different. The growing season in the Colchagua Valley can be six months long for the earliest ripening varieties and up to eight for the latest ones. That range here in the Texas Hill Country is four to five months, respectively. Yet plants do their thing like they are not affected by anything; they just do them faster.

As a result, many of the rules of thumb that are used in cooler climates that don’t apply here. For example, berry development, from fruit set to harvest, according to traditional books, should take 12 to 19 weeks. If we go with that rule here, we would be in the raisins business.

PS: What are the biggest challenges in the vineyards of Texas?

SC: All wine regions have their challenges. I just saw amazing pictures of lit Burgundy vineyard landscapes at night. Spectacular images of a potential tragedy. I don’t want to be in a Burgundian vigneron’s shoes at the moment. So, yes, we have our freezes, hail, strong winds, and then deer, raccoons, coyotes, and other critters that find ripening berries irresistible, unfortunately.

PS: What is your winemaking philosophy?

SC: I like to spend more time in the vineyard than in the winery.  That varies a lot throughout the year, obviously, but I think the decisions in the vineyard are essential and have a long-lasting effect in the life of the grapes they are bearing. Among them, besides keeping the vines growing healthy, irrigation, that is, how much water and when, is of utmost importance in determining the future quality of the load.

Belonging to the hands-on type, I try to keep my hands off the wines and let the wine speak for itself. Though, that’s easier with good fruit. When making the final blends, I always tend to achieve complexity (number of different descriptors), concentration (intensity and length), finesse (perfume content, softness, signs of evolution), and a sense of origin in the wine. When all four check, you are in front of great wine or a great vintage.

PS: If there is one thing you’d like to communicate to wine enthusiasts about Texas wine, what would that be?

Absolutely! Think about this. Today, when you open a bottle of Fall Creek Vineyards wine, or any Texas wine, it’s most likely coming from a specific site—a place you can visit, a place close to you. Along with the variety, you are tasting your own dirt, so to speak, a “reflection” from the place you live. Not many other edible things can claim something like that.

I know the options are endless out there. But, when you choose a wine from a traditional region, especially if it’s the same taste over the years, you are getting an average of a vast number of unknown vineyards and places. You can find terroir wines elsewhere, for sure, though your pocket might complain.

PS: What is on the horizon for Fall Creek Vineyards? Any news you can share with us? I heard a rumor there may be a sparkling wine in the future…

SC: Yeah, the sparkling might take a bit longer, but there’s always something in the works!  New varieties and places are soon going to be added to the portfolio; stay tuned!

PS: You’ve been in Texas eight years now; it looks like you plan to stay. If you had been with the Aulers from the beginning, what advice would you have given them?

SC: I think they did a great job establishing a brand and, most importantly, selecting the sites for grape sourcing.  I could have asked them, why they didn’t hire me any earlier!?