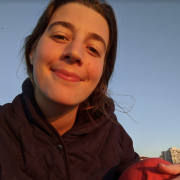 The French have a lot to be proud of— literature, art, soccer (they’ll never let you forget they’re current World Cup Champions), to name a few. But of all the sources of national pride, cheese and wine arguably top the list. And who could be surprised?

No one knows precisely how many cheese types there are in France, but the latest estimate points to over 1,600. And while the country ranks third in terms of output (after the U.S. and Germany), just try to make a cheese board without a tangy Roquefort or a creamy Brie.

So, what makes French cheese so darn good? The same conditions that make it a haven for winemaking: a diversity of climates and soils, plus knowledge that’s been passed down for generations.

When it comes to cheese, the country’s mountainous landscapes make all the difference, as they provide a variety of feeding grounds and natural habitats for grazing animals, including multiple breeds of cows, goats and ewes. The result is a range of slightly different milk profiles, which in turn creates a tapestry of cheeses.

So, the next time you want to impress your guests with some great cheese and wine, why not try these delightful pairings? Here are five of our go-tos.

Comté is by far the most popular French cheese that’s been granted the prestigious Appellation d’Origine Controlée (AOC) certification. A flavorful hard cheese that’s aged for a minimum of four months, Comté balances buttery and salty notes when it’s young, and becomes fruitier with age.

Wine: A Vin Jaune (yellow wine) from the region of Jura, where the cheese is also produced. Made from Savagnin grapes and fermented in oak casks, the wine is known for its characteristic film of yeast which gradually develops over its six-year aging period, giving it its signature nutty and dry flavor profile. Arbois Vin Jaune (AOC) is a great choice.

In the Pyrenees, two historical rivals—Bearn’s Ossau Valley and the Basque Iraty region—share the common ancient practice of breeding sheep to produce this flavorful hard cheese. With a dark brown rind and an ivory center, the Ossau-Iraty cheese bursts with nuttiness, and has flavors redolent of flowers, hay and toasted wheat.

Wine: A red Irouléguy wine is the only wine produced in the Basque region with an AOC certification. Expect a bouquet of spices, wild flowers and red berries from the Cabernet Franc and Tannat grapes used to produce it.

This famous blue cheese might divide opinions, but if you’re bold enough to give it a try, we promise you won’t regret it. Roquefort is crafted in the small southern village of Roquefort-sur-Soulzon, in Aveyron, and has the particularity of being aged for more than three months in natural caves in the mountains. Known for its bold tanginess and salty fragrances, the cheese is created from sharp ewe milk and intensified by the addition of bread mold that forges its remarquable blue veins.

Wine: A Sauternes adds sweetness with a clean, round finish. The golden wine shares some of the particular characteristics of the Roquefort cheese, as the grapes go through “noble rot”, the process in which Botrytis cinereal fungus attacks them and makes them shrivel up like raisins, concentrating the sugar that will ultimately make the wine honey-sweet.

Another very unique cheese, Epoisses is a creamy, spreadable delight. Aged for a minimum of four weeks in the Burgundy region, it is washed several times during the ripening process with the Marc de Bourgogne brandy. This gives it a flavor close to smoky bacon on the outside, whilst maintaining a fresh milky interior.

Wine: Look no further than a fine red Bourgogne wine, the Gevrey-Chambertin. This prestigious wine does not disappoint. Using mainly Pinot Noir grapes, it is highly colorful and potent, and if well produced can continue aging well for several decades in the bottle.

The Mothais-sur-feuille is a round and soft aged goat cheese that’s delicately presented on a chestnut leaf (sur feuille literally translating as on a leaf). This practice was first adopted by farmers who would use the wrapping to keep the cheese from drying out or becoming sticky when stored. The Mothais-sur-feuille cheese is aged for two weeks, by which time a delicate white wrinkled rind forms, and earthy and milky fragrances develop.

Wine: A crisp white Sancerre, with minerality and citrus aromas. The Sancerre wines of the Bordeaux region use the popular Sauvignon blanc grapes that were planted in the late 19th century, replacing previous Pinot noir grapes hit by the phylloxera epidemic.