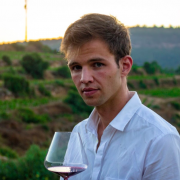 Verónica Ortega: A Lot of Soul in Small Production

The Covid-19 crisis has caught most countries and their industries flat-footed and Israel’s wine industry is no exception. Initially brought under control with strict protective measures, the spread of Covid-19, alternatively, ground the country’s economy to a halt. Following months of lockdown, the government attempted to reopen by lifting restrictions on movement and workplaces. But the country quickly found itself facing a second wave that has taken it from having one of the lowest infection rates (in the low double digits) to the top 10 highest per capita on the planet.

In the shadow of this situation, wineries have had to continuously rethink their distribution and sales strategies, as the hospitality and culinary scene shut down, reopened briefly, and all but shut down again. The crisis propelled many of the wineries, wine shops, and wine education programs into the online and virtual world. Restaurants have been almost completely shut down, events canceled, supply chains severely disrupted, and the move to online services has been little more than a plaster for the profuse bleeding suffered by the wine industry.

In response to the turmoil, some inspiring ventures have been launched by people in the wine industry who want to send this message: that helping one another is the only way to weather this storm.

Jamie Sellouk is the general manager at SeRen D.P.T., a wine collective located in the historical Jaffa district of Tel Aviv that curates visitor experiences to help promote many of the best boutique wineries in the country. Sellouk said that, following the shutdown of his space and the subsequent severance of most of its income in March, he debated what he could do to stay true to the DNA of SeRen D.P.T., to shine a light on the industry’s lesser-known, high-quality wineries. These wineries struggle to garner attention in Israel’s ever-growing and largely unregulated wine scene under normal circumstances (Israel has close to 400 individual producers), and more so in the current crisis.

Sellouk contacted a friend working in Magen David Adom (or MDA), Israel’s emergency medical and disaster services organization. A few phone calls later, they began a mission to donate a bottle of Israeli wine to every MDA worker for the Passover holiday. However, the deadline for the project, dubbed “Wine Aid”, was too tight, and they rescheduled for Independence Day. Sellouk immediately began contacting local wineries to tell them about this plan.

Despite numerous complications, and after calling over 150 wineries, they managed to surpass their initial donation goal and accrue over 3,200 bottles of wine, which they distributed to all the MDA workers and to 600 doctors and 200 health officials. Sellouk has hoped that his initiative would inspire similar projects across the globe and that through acts of congeniality and humanity, wineries could attract positive attention. “It’s not obvious for a winery that produces 8,000 bottles to donate 80,” Sellouk says. “The word ‘donation’ is a sensitive subject when people aren’t making any money.” But, the local industry was overall receptive to the appeal. A lawyer and a graphic designer donated their services for the Wine Aid billboard, displayed at one of Israel’s largest shopping centers, Tel Aviv’s Azrieli Mall. Many others offered to get the deliveries out.

The medical workers were thrilled to receive the gifts around the holiday season. It was a great “pick-me-up” for the workers who had been tirelessly battling the unknown threat of the novel virus. “Wine is a great gift in that sense, everybody gets it,” says Sellouk.

These are by no means the only examples of wine-industry people that saw that, when everyone is struggling, it is also the time of the most significant opportunity to spread positivity and kindness. Earlier last month, Shira Tsiddon, head sommelier at The Norman Hotel in Tel Aviv decided to offer her services and her knowledge, free of charge, to do workshops for waitstaff to get them better acquainted with their restaurants’ wine lists, in the hope that when they reopen, they will be better prepared and more able to assist clientele in their wine selection.

Tsiddon was inspired by Haim Yossef, a photographer who is offering his professional services to assist small businesses.  She said that she was surprised at the interest in her offer; she had not expected the offer to reach much farther than Tel Aviv, but the result has gotten her work on the national scale.

Another prominent wine consultant, Mor Bernstein, was swift to follow up with a similar offer to restaurateurs in need. These influential women in the local industry, who have both received local and internationally-acclaimed awards for their respective wine lists), offered to review wine menus and help find private buyers for restaurants trying to restructure, downsize, or change their inventory.

Golan Heights Winery is arguably the most famous in Israel, and probably the most influential in the state’s modern wine history. Golan Heights has offered up their visitors’ center to young couples hoping to get married in the summer months, but have had to search for alternative venues due to the closures of event halls. The center is complete with facilities and staff and is in accordance with Health Ministry regulations.A week after this offer was published, six couples have booked, and over 20 new couples have shown interest. The winery hopes that this venture will encourage the couples to use local vendors for other services to provide work for them when events are scarce. These Israeli vintners, individuals, and companies are showing that they can support their society and one another. It is a perspective to consider when they assess the industry. It’s what wine is about.