Meet the Families of Graves and Pessac-Léognan, the Original Bordeaux

On the sandy and rocky soil, just a few steps from the idyllic beaches where the sky meets the sea in Österlen in Skåne, Percy Månsson from Domän Sånana carefully tends the vines just next to his house. Domän Sånana is located between Ales stenar (the Swedish version of Stonehenge) and Simrishamn, just a few kilometres south of the little picturesque fishing village Skillinge in Skåne. Percy explains that the name “Sånana” comes from the word the local farmers used in dialect for the very sandy soil.

Skåne is the southernmost region in Sweden. It’s also where modern-day viticulture and winemaking in Sweden started out in the mid-1990s.The traditionally fertile soil (boulder clay inland and more sandy and rocky soil by the coast) and the mild coastal climate make it an excellent area for farming, and now – thanks to rise of global temperatures – viticulture. The long summer days and strong diurnal shifts create favorable conditions for grape ripening and for making balanced wines with good acidity and lots of character, even more so in the last two decades with warmer winters and a longer growing season. Climatologists predict that the world wine map will have changed dramatically by 2050, with growers moving their vineyards north toward Scandinavia and Russia or south to Argentina and Chile.

What was mainly a hobby for most Swedish vintners until about a decade ago has now turned into a thriving business. Wines that were considered undrinkable 10 years ago are now competing internationally with wines from other well-known wine regions such as northern France and England. Today, there are 43 commercial wineries and 126 hobby wineries in Sweden. They are popular tourist destinations where you can learn more about winemaking and in some cases taste the wines. Direct sales are prohibited by law in Sweden.

Viticulture and winemaking are not new concepts in Swedish history. There are sources pointing to grape-growing in Sweden 6000 years ago during the Stone Age. Later, during the Middle Ages, the monasteries cultivated grapes and developed winemaking techniques all over Europe, as in Sweden. Swedish winemaking was centered mainly in Skåne and the southern parts of Sweden, where the climate was a couple of degrees warmer. In 1903, the wine company Önos was founded by Ragnar Wollin in Tollarp in Skåne with the mission to buy fruit and berries from which to make both wine and non-alcoholic beverages to sell to the churches as communion wine.

Percy Månsson’s estate has been in his family since 1873, when it was mostly pastureland that belonged to Gärsnäs castle and Glimmingehus, a medieval fortress. Percy explains that the logo they have chosen for Domän Sånana is an image of a medieval pommel in bronze they found in the ground some years ago. It depicts four lances in a cross formation inside an eight-pointed frame. The edge is decorated with vines and grapes. The meaning is thought to be religious, alluding to new life, baptism, and communion.

While others may have tried and failed, Percy Månsson was the first to successfully plant vines in Sweden back in 1994. In the mid-1990s, it was all about rolling up your sleeves and experimenting, as there were no vintners’ associations or support systems in place to provide resources to fledgling wineries. I had the chance to ask Percy some questions to get a better understanding of how he got started.

1) What motivated you to start growing grapes and producing wine in the mid-1990s?

It was my wife who started a wine club with our friends in the 1960s, upon inspiration from the Swedish magazine Allt om Mat, to cultivate a passion for wine. We tasted a variety of wines from all over the world together, deepening our knowledge. When we then sold our company in the poultry sector, we took a two-month holiday with our boat, navigating the channels of Germany and France and visiting wineries. It made us eager to try and produce our own wine.

2) How did you learn about viticulture and winemaking? Did you have a support system?

First, I downloaded Lum Eichelman’s book “The Home Winemakers Manual,” and further on I got in contact with Michael Gundersen and Lasse Hagerman, two Danish winemakers who had produced wine for several years before it started to kick off in Sweden. They became my mentors during the first few years, and we are very good friends still today.

3) Which grapes and winemaking styles have you been focusing on?

The grapes we planted during the first year did not work at all –  Baltic Vitis Labruska grapes with a distinct taste of candy that had little to do with wine. In the second stage, we got plants of different varieties from Michael Gundersen to set up an experimental vineyard plot. Furthermore, we also planted 700 plants of Vitis Vinifera Rondo, which started to vegetate too early due to a very warm December. The result was that only 130 plants survived the first winter. 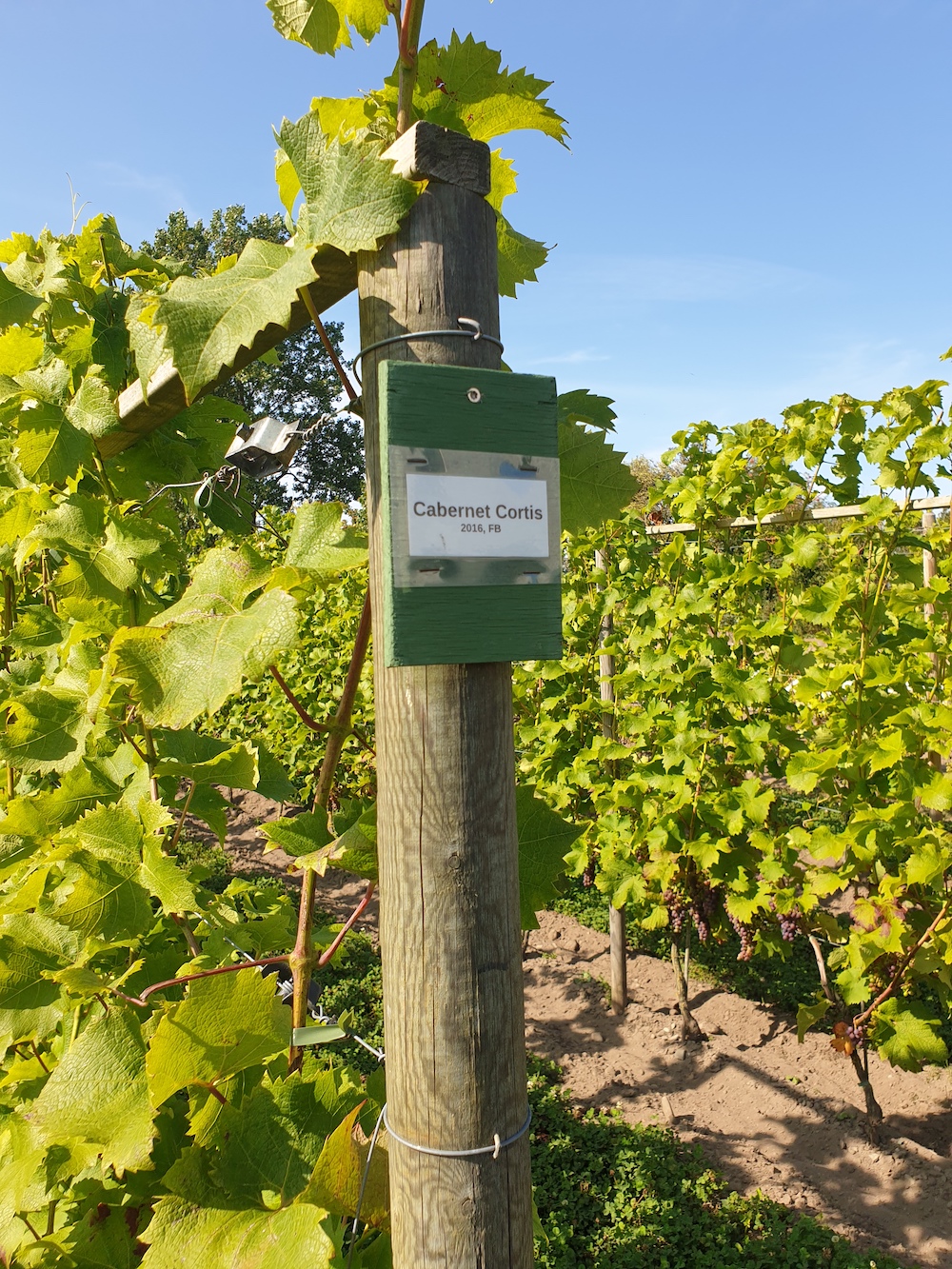 About 16 years later we were tired of not being able to make a satisfactory red wine with the Rondo grapes and thus uprooted them. Today, we only grow PIWI grapes, and we are very satisfied with the results. I am most happy with Souvignier Gris that we blend with Solaris to produce our Champenoise method sparkling wine “Sånana Sparkling.” The Muscat grape Muscaris as well as the red grapes Siramé, Regent, and Cabernet Cortis work very well here in southern Sweden. 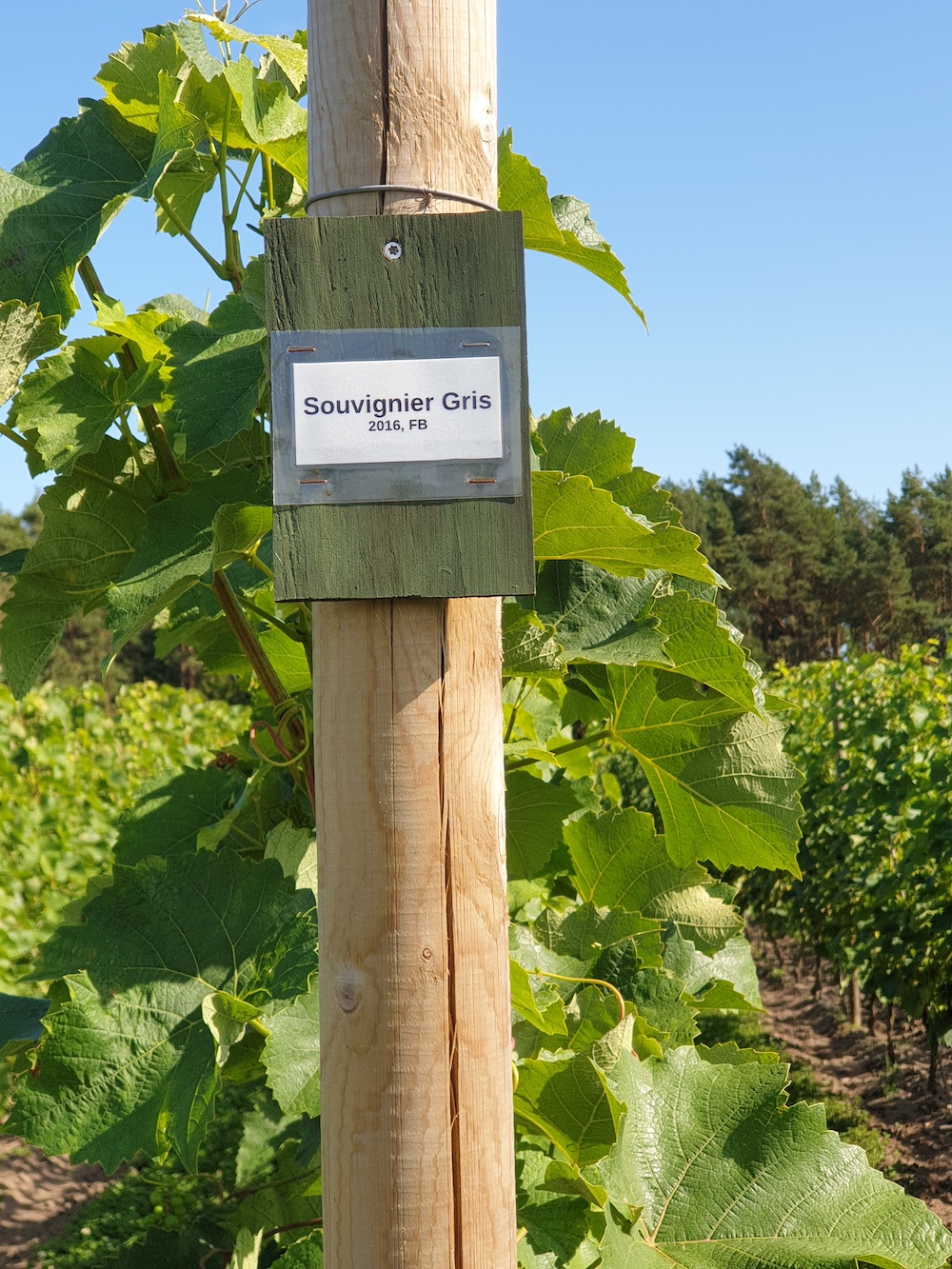 4) How was the situation for vintners in Sweden in the 1990s and how has it developed?

In the beginning, our idea was not to sell as we mainly concentrated on learning the craft. We bottled the first wine in 1999, but it was only in 2009 that we realized our wine had reached such a quality level that it was feasible to offer it to a wider circle of people other than our closest friends. In view of that, our winery was approved by the monopoly (Systembolaget) for commercialization in 2010. In that period, most Swedish wine journalists had never tasted a Swedish wine and their reviews were in no way favorable. This would all change soon thereafter when Anders

Fagerström from the newspaper Sydsvenskan organized a wine tasting with only Swedish wines in Tollarp in Skåne, together with the British wine critic Oz Clarke. The Swedish wines received good scores and Domän Sånana had four wines on their top 10 list. After that, the other Swedish wine journalists woke up and, since then, they have paid more and more attention to Swedish wine.

5) What role has the Swedish Vintners’ Association played for wine producers in Sweden?

The Swedish Vintners’ Association is, of course, crucial mainly as a trade association that can represent the vintners when dealing with the authorities. It also strives to organize courses and training for the member vintners.

6) What does the future look like for Swedish wine in your opinion?

I have been waiting for years for the vintners in Sweden to get the same rights to sell their wines at the wineries as in most other countries all over the world. Direct sales are allowed even in Muslim countries where practicing Muslims are prohibited to drink alcoholic beverages, but not in Sweden. I sincerely hope that the government will change its mind and allow direct sales to winery visitors.

My sons Kristoffer, Frank, and Karl are important for the future of the winery, and I am convinced that they and my grandchildren will leverage their different competencies to continue producing wine at Domän Sånana. They have already invested in the family winery, turning it from a private firm into a company with limited liability. They wanted to facilitate the work for me to continue producing wine until they can take over.