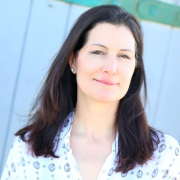 Tank Winery The Revolution Will Not Be Televised 2019

Sullivan Rutherford Estate ranks among Napa’s most iconic wineries. Yet few know about it, save some discrete collectors and investors. One man intends to change that.

As a winemaker, Sullivan eschewed trends, crafting singular wines evocative of place. When he died in 2004, the estate remained a ‘quiet secret’ until 2018, when the family sold it to Juan Pablo Torres-Padilla of private Mexican investment fund VITE USA. Torres-Padilla’s quest? Bring Sullivan Rutherford Estate the iconic recognition it deserves.

Torres-Padilla’s passion for wine started in Paris, where the Mexico City-born businessman studied and worked for over fifteen years. While there, he often visited Burgundy, Champagne, and Bordeaux. “However,” admits Torres-Padilla, “The very first time I truly became inspired to make wine my life project was when we were hosted for a private visit to Domaine Romanée-Conti in Burgundy by co-owner legendary Aubert de Villaine.”

“When I began looking for properties in the Napa Valley, we defined a shortlist of criteria: a sense of place (world-class soil and vineyard quality first), a sense of history, and the ability to add value in the pursuit of excellence,” he says. “After spending over two years visiting more than 120 wineries, I recognized all three of these qualities at Sullivan Rutherford Estate.”

Sullivan Rutherford Estate’s historical heft stretches back to 1821, when Spain ceded control of California to Mexico. A division of spoils split Napa Valley into two parcels: Rancho Caymus in the south and Rancho Carne Humana in the north.

“George Yount, the founder of Yountville, was the man who received Rancho Caymus,” says Joshua Lowell, General Manager at Sullivan Rutherford Estate. “Thomas Rutherford married his granddaughter and received 1,040 acres of Rancho Caymus, which he named Rutherford. The northern property line is a remnant of the old Rancho line.”

“The more we discover about James O’Neil Sullivan and his intentions for the estate—from the location of the vineyard to the precise geometric concepts and cardinal orientation of the structures and layout—the more we’re aware that he was a man before his time,” adds Torres-Padilla. “His vision, whether based on education or instinct, was genius.”

“First and utmost, our estate is special because of the quality of the vineyard. I believe there are only a handful of truly great sites in Napa Valley capable of producing truly great Merlot and Cabernet Sauvignon,” says Torres-Padilla.“ In addition to Cabernet Sauvignon and Merlot, other varieties include Cabernet Franc, Petite Verdot, Malbec, and Chardonnay.

“When we acquired the estate, these vineyards were already producing excellent wines under the direction of Jeff Cole, yet it was clear there was room for greater potential,” Torres-Padilla notes. “This potential, coupled with the rich history and beauty of the estate, guides our vision to continue crafting what is already a world-class “first growth” from Napa to the world.”

“Merlot thrives here because the site is far enough north that we get enough heat to achieve ripeness levels, but not so far north that we still receive the coastal influence from the San Pablo Bay to cool down and reset the vines for the next day,” says Torres-Padilla. “The property’s Merlots strike the perfect blend between the “Old World” and the “New World”.

New ownership inspires greater creativity in the cellar as well, as evidenced by the 2017 J.O. Sullivan Founder’s Reserve Cabernet Sauvignon, due for release in November 2020. Sullivan’s family produced the first James O’Neil wines in 2007 as a tribute to their late father, using fruit from the best vineyard blocks. In 2017, harvest proved ‘tricky’, with early moisture, cooler temperatures, and fewer yields. But temperatures evened out towards the end, generating quality fruit that showed phenomenal potential after initial fermentation.

Typically after completing secondary fermentation, the wines sit in barrel for two years, undergoing monthly analysis. The monthly opening and closing of the barrel bungs exposes the wines to oxygen, and other harmful effects. With the freedom to experiment, Cole changed up his previous protocols. Instead, he sealed the barrels shut with hard bungs, opening them only three times – once every six months – over 18 months. “I wanted to see if I could push these wines, and make what is already a rich, delicious, dense, luxurious wine even more luxurious,” says Cole. “It’s probably the best one I’ve ever made.”

Ultimately, Torres-Padilla’s quest for Sullivan Rutherford Estate mirrors that of founder James Sullivan, an unfettered expression of an iconic terroir. ”What’s truly special is that certain properties—and Rutherford—do have this strong sense of place Tchelistcheff called the ‘Rutherford Dust,’” concludes Lowell. “You know, all wine is made from fruit, and wine should have a fruitful essence. But the holy grail is when it can also display a sense of place and something a little bit more unique. I think this is a wonderful place to pursue that.”