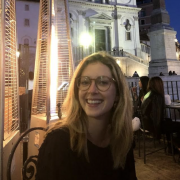 The history of Freemark Abbey is studded with firsts. Established in 1886 by Josephine Tychson, one of California’s first female vintners, the Napa Valley winery made a name for itself in the years following Prohibition by producing some of the region’s finest examples of Cabernet Sauvignon and Chardonnay. In the 1970s, the winery was among the first in the area to open a tasting room, establish a wine library, and experiment with single varietal wines. And in 1976, Freemark Abbey was one of 12 producers selected for the landmark 1976 Judgement of Paris – not to mention, the only one featured with both a Chardonnay and Cabernet Sauvignon.

Fast-forward to 2021 and the Napa Valley Cabernet house hasn’t stopped innovating. In January 2020, following the 40-year tenure of winemaker emeritus Ted Edwards, Kristy Melton took the reins. A native of El Paso, Texas, Melton trained as a biologist before pivoting to winemaking in 2007. She earned a Masters in Viticulture and Enology at the University of California Davis and landed prestigious internships at Iron Horse Vineyards in the Russian River Valley and Seresin Estate in Marlborough, New Zealand. From there, she honed her skills at Kendall-Jackson, Saintsbury, and Clos Du Val where she served as the Director of Winemaking.

Now firmly planted at Freemark Abbey, Melton is committed to honoring the winery’s 135-year-old history by embracing (slow, carefully calibrated) change. “That’s why I keep a picture of Josephine in my office,” she says. “It’s a reminder that everything I do here has a lasting impact.”

We caught up with Melton to hear about her first two years on the job and how the winery is innovating for the next century. Here’s what she had to say.

Siobhan Reid: You were appointed winemaker of Freemark Abbey in January 2020. Did your journey with the winery start then and there?

Kristy Melton: While I officially started in January 2020, I’d known Ted for many years. He and I had been making wine in the same facility, so we were always tasting and blending together. When he started talking about retiring a few years ago, I expressed my interest to step into the role. We began working together unofficially while we figured out the framework. For the 2019 vintage, we worked side by side. A year later, I officially assumed the role and we continued collaborating together.

SR: What did collaboration look like during that first lockdown?

KM: We were considered essential workers, so the winery remained in operation and we moved to virtual meetings whenever possible. In the spring, we had our first virtual blending session. The team would talk and taste as though we were together, but it was certainly a challenge. When harvest came around, we hadn’t yet been vaccinated so meetings took place outside with lots of space between us. Unfortunately, we had to press pause on some of the usual team building and collaboration elements of harvest, which are a highlight of the season. Ultimately, as winemakers we are so accustomed to being flexible and adapting to change that we were able to take the challenges in stride.

SR: How else did your team adapt to COVID challenges?

KM: The pandemic expedited our understanding of automation in our industry, whether it was automatic pumpovers or temperature controls that we could operate from our laptops. This has proved to be beneficial not only with COVID, but in the case of other natural disasters like fires. We’re now better prepared to deal with whatever nature throws at us.

SR: How has your background prepared you to navigate these kinds of unexpected situations?

KM: Certain aspects of winemaking can be taught – how to taste wine, determine barrel selections, and operate machinery, for example. But the rest you have to learn on the job and this is what it means to be a winemaker. You get thrown into the deep end, and you either sink or swim. As an intern at Seresin Estate in New Zealand, I remember there was an issue with problematic fermentations because it was raining and the glycol system was overwhelmed. I wasn’t handed any solutions, I just had to figure it out. The same was true when I arrived at Clos du Val as an assistant winemaker. Within a period of six weeks, we lost the head winemaker, the cellar master, and the head of maintenance. Things started breaking, so I dived into the research and got on the phone with suppliers. From the very beginning, I’ve found opportunities to grow my responsibilities beyond simple tasks. You have to pay attention to adapt to every changing season and condition. It’s something that can’t be taught but has to be experienced.

SR: Freemark Abbey has 135 years of history. What was it like to take over such a storied house at a time of such drastic change?

KM: I’m only the eighth winemaker in Freemark Abbey’s 135 year history. It’s humbling, and the honor is not lost on me. Earlier today, I was blending the 2019 Sycamore Vineyard Cabernet Sauvignon and Cabernet Bosché wines—two of our single vineyard bottlings that have been around since the 1970s and 1980s, respectively. The process is not only about how to put these wines together, but how the wine style has been consistent and how it has changed. I’m mindful of the evolution the winery is taking, and I know the decisions I make today aren’t in isolation. To that end, it’s been a blessing to work with Ted. He stepped into the role and took over from those who led the way in the 1960s and 1970s, so he’s shared a similar mentality in how to adapt to changing technology, equipment, and practices, while still preserving the core essence of Freemark Abbey.

SR: Can you tell me about a time when you felt a tug of war between preserving the winery’s roots and implementing change?

KM: It’s a major decision when a vineyard needs to be replanted. We recently had to pull a block of Merlot where the vines struggled with compacted soils and standing water in the winter. There were so many variables to consider, like which rootstocks can deal with the climate we have now and the climate we’ll have in 20 years. Will the weather be rainy and cold, like 2011, or hot and characterized by fires like 2020? What’s the right thing to do for soil and mitigating erosion? Ultimately, we decided to plant Malbec, Petit Verdot, and Cabernet Franc. These are varieties that we believe will benefit our blends in the next 5-10 years and allow some flexibility, depending on the weather.

KM: This is a top-of-mind priority for us and we’re taking an all-encompassing approach. All our estate vineyards in Napa Valley are farmed organically and we’re really trying to encourage our growers to move in that direction, too. In general, we believe a sustainable approach to winegrowing will have a positive impact on wine quality and soil health, while reducing fossil fuel exposure to the vines. The winery is fully equipped with solar panels, and this year, for the first time in our Napa history, we used sheep to graze our vineyards instead of mowing with tractors. We also just invested in electric tractors to reduce emissions, and are looking into alternative clones and varieties from UC-Davis to evaluate options that are best suited to changing environments.

SR: On a related note, how is the winery ramping up its wildfire-mitigation efforts?

KM: One of the first things we did this year in response to the fires in 2017 and 2020 was use our sheep to graze down the quickly combustible “fuel” in our mountain vineyards. Our mitigation efforts are grounded in responsible land management and everyone in the region is much more mindful. It’s a multi-pronged approach and there’s been a real coming together in Napa Valley, where everyone understands that one fire affects us all.

SR: How do you maintain perspective when your job requires you to be so present and engaged in day-to-day operations?

KM: Our wines are distributed internationally, from Australia to South Korea and the United Kingdom, so I’m always mindful of how the larger pieces link together. If the past two years have proven anything, it’s that we’re more interconnected than ever before. My perspective on the big picture means evaluating every step through the lens of quality, and standing behind the history and legacy that has always placed quality first. As the winemaker for such a historic property, keeping sight of the big picture is an inherent part of the role.